House of Representatives will vote on making DC the 51st state

For the first time since 1993, the House of Representatives will vote on D.C. becoming the 51st state. 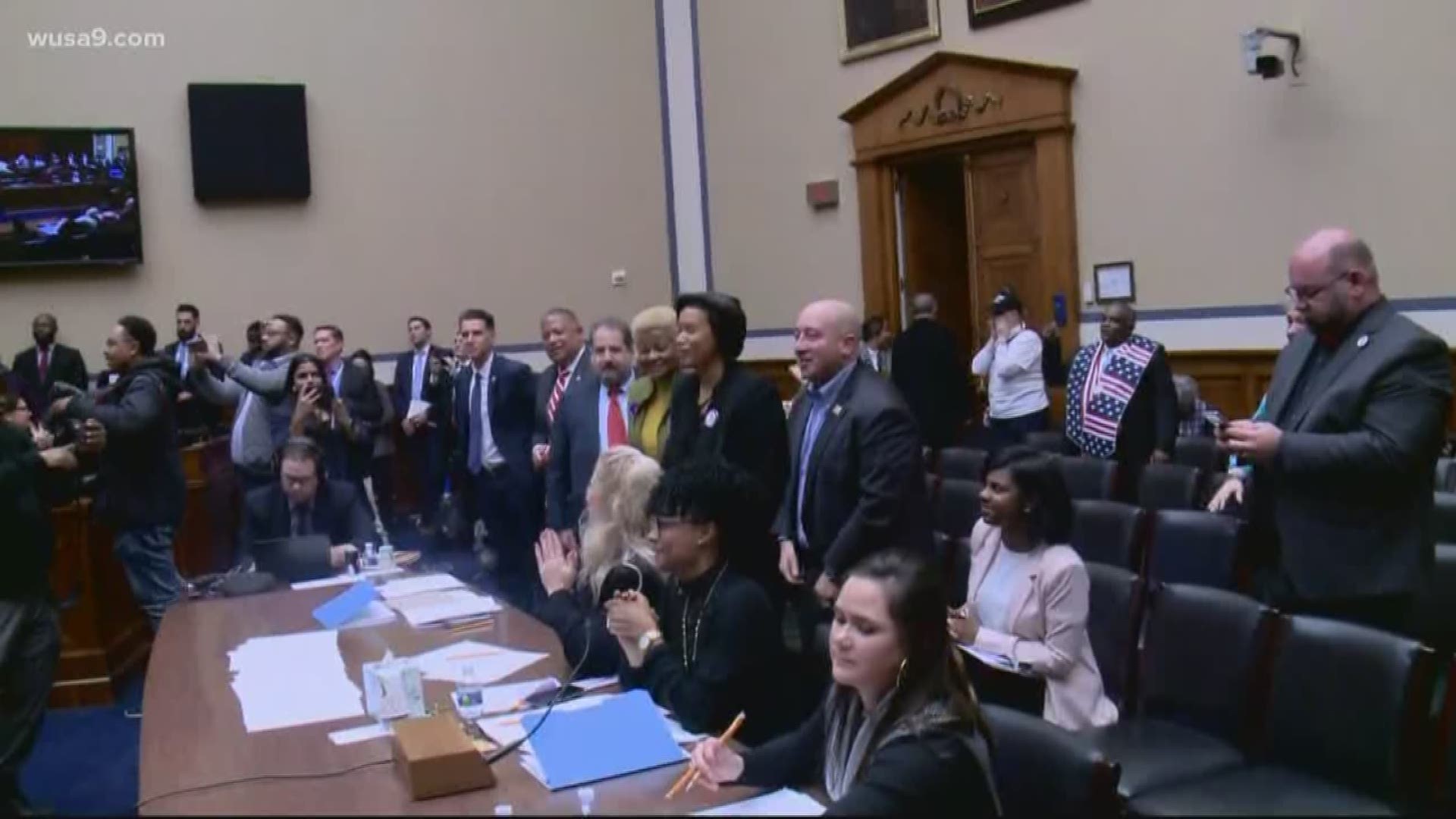 WASHINGTON — The House Committee on Oversight and Reform passed Congresswoman Eleanor Holmes Norton's (D-D.C.) bill on D.C. statehood Tuesday, sending H.R. 51 to the House floor for the first time since 1993. The vote was split down party lines, 21-16.

The passage of the bill marks the first time in 27 years that members of Congress will vote on the possibility of D.C. becoming the 51st state, giving D.C. one House member and two senators.

"We emphasized today what supporters of statehood already knew coming in: DC statehood is constitutional, we have a plan in place to make it happen, and it is the only way to fix the injustice of denying more than 700,000 Washingtonians a vote in Congress," D.C. Mayor Muriel Bowser said.

H.R. 51 was scheduled for a markup Tuesday, which is the process where a committee closely scrutinizes and rewrites bills, proposes amendments and votes on a bill. Sixteen amendments were proposed during the markup, including provisions on abortion, immigration and gun rights; all 16 were rejected.

"It is fitting that this historic vote happened in the midst of Black History Month, for I dare say – achieving D.C. statehood would be black history," Bowser said.

RELATED: Watch Live: Legislators to vote on DC statehood for the first time since 1993

According to Norton's office, the bill would make most of present-day D.C. into the State of Washington, Douglass Commonwealth, with the remaining territory designated as the nation’s capital, and remaining without electoral representation.

In a live interview on WUSA9, following the State of the Union Address, House of Representatives Majority Leader Steny Hoyer (D-MD) promised to bring H.R. 51 to a vote on the House floor before the summer recess.

To pass a bill through the House, 218 votes are needed. Norton's bill has 223 co-sponsors.

According to the D.C. Statehood Office, 86% of D.C. voters support statehood. A 2019 poll from Gallup found most Americans don't believe D.C. should become a state. The survey called 1,018 people across the United States and found 29% of people are in favor of statehood for D.C., while 64% oppose it; 8% of those surveyed didn't have an opinion on the matter.

RELATED: House of Representatives will vote on DC statehood before the summer, says Steny Hoyer 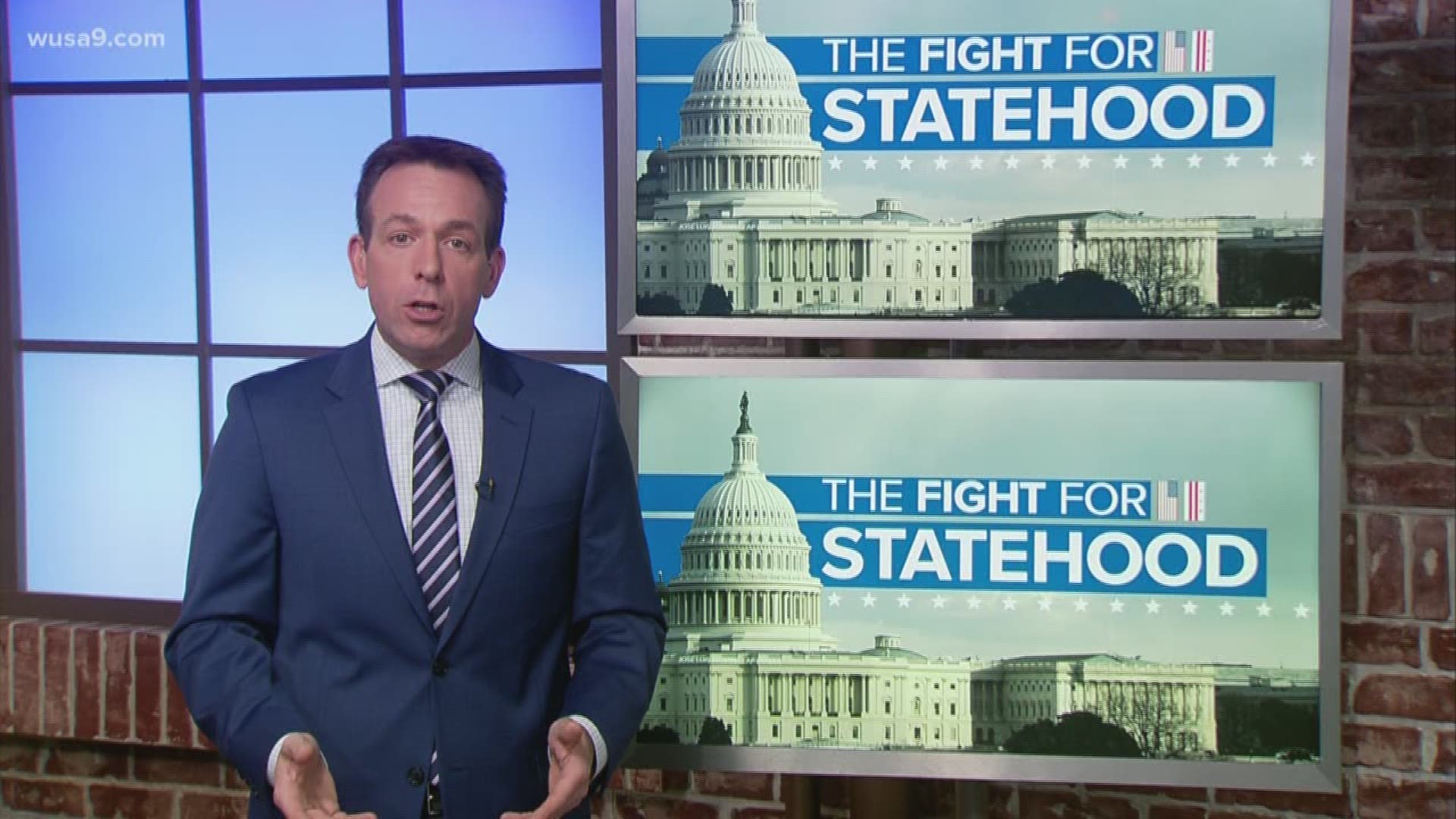 The GOP's main argument against statehood is that they believe making D.C. a state would require a constitutional amendment; a lengthy and arduous ordeal that requires the consent of two-thirds of both chambers of Congress and two-thirds of the current states.

That option is seen as highly unlikely given the partisan make-up of Congress and the state legislatures plus the vocal opposition of Republicans.

Because of its residents' political leanings, D.C. as a state would very likely add two Democrat senators and a Democrat House member to Congress.

President Trump offered this regarding statehood during a Meet the Press interview in 2015: "I'd certainly look at it."

Although unlikely given the political landscape, if the House were to vote to approve H.R. 51 and the Senate moved swiftly to concur, in theory, the President could sign the D.C. statehood bill into effect before America's birthday on the Fourth of July.

Here are seven things you need to know about D.C. statehood.