Here's why locals say yes or no to DC statehood

Whether it's a yes because of voting rights or no because of corruption, locals at the DC statehood hearing share their own opinions on the bill. 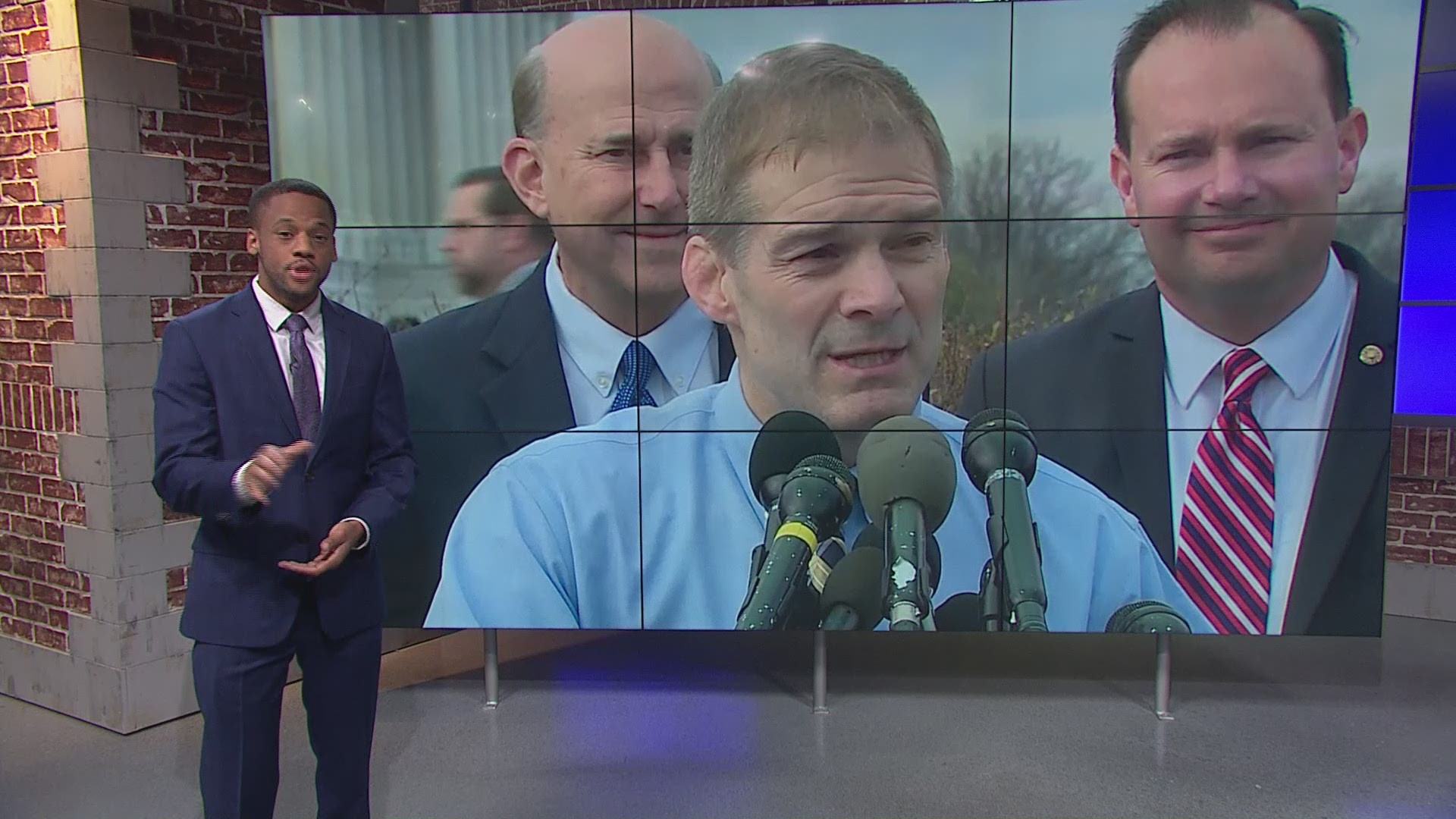 WASHINGTON — A hearing hearing on D.C. statehood was held for the first time in 26 years Thursday by the U.S. House of Representatives. It was the first step in the process to accomplish the passing of H.R. 51, or the Washington, D.C. Admission Act.

The last time the statehood bill went up for a vote was in 1993, but 105 Democrats and 172 Republicans voted against it. But Thursday, many D.C. residents attended the hearing and expressed their opinions on the issue.

Eleanor Ory said she supports D.C. statehood as a scientist, because Congress supported fighting AIDS in Africa but refused to let D.C. have a needle exchange.

The bill under consideration allows for people who live in the "new" smaller federal district to be allowed to vote for the president in the state they most recently lived in.

Richard Wright is an Army veteran. He served his country, but doesn't have full voting rights. He supports D.C. statehood.

Amanda Zongrone supports D.C. statehood because she wants Dominick and Harold to have full voting rights when they're older.

Markus Batchelor supports statehood because his grandma has lived in the District for 70 years and has never had full voting rights.

Ashley Bratton supports D.C. statehood as the descendant of enslaved people. She refuses to be less that three-fifths of a person.

At the hearing, representative Alexandria Ocasio-Cortez also spoke in favor of D.C. statehood, pointing out the irony in slavery and the descendants of slaves in D.C. now being disenfranchised. She said to turn our back on the issue is to now acknowledge our past history as a nation within slavery.

"This is a long fight, but I think we will be able to reach our goal," Ocasio-Cortez said.

Tamyra Harrison flew from Iowa to D.C. to support statehood, because over 700,000 Washingtonians matter. The first caucus state has an obligation.

More than 700,000 D.C. residents pay federal taxes but don’t have equal representation in the national government.

According to the Tax Foundation, D.C. residents pay some of the highest federal taxes per capita in the nation, but have no representation in the House or the Senate. If D.C. becomes a state, residents will finally have a say on how their tax dollars are spent.

If D.C. becomes a state, it could be called the "State of Washington, D.C.," in which "D.C." stands for "Douglass Commonwealth" in honor to abolitionist Frederick Douglass, who lived in the District. It could also be called the "New Columbia."

The new state would be separate from the Federal District of Columbia. The Federal district would include the White House, the Capitol Building, the Supreme Court, the National Mall and nearby monuments. The remaining parts of the District would become the "State of Washington, D.C." or the "New Columbia."