'I don't think it's a long shot.' | Meet the Congressional candidate who wants to make DC the 24th county in Maryland 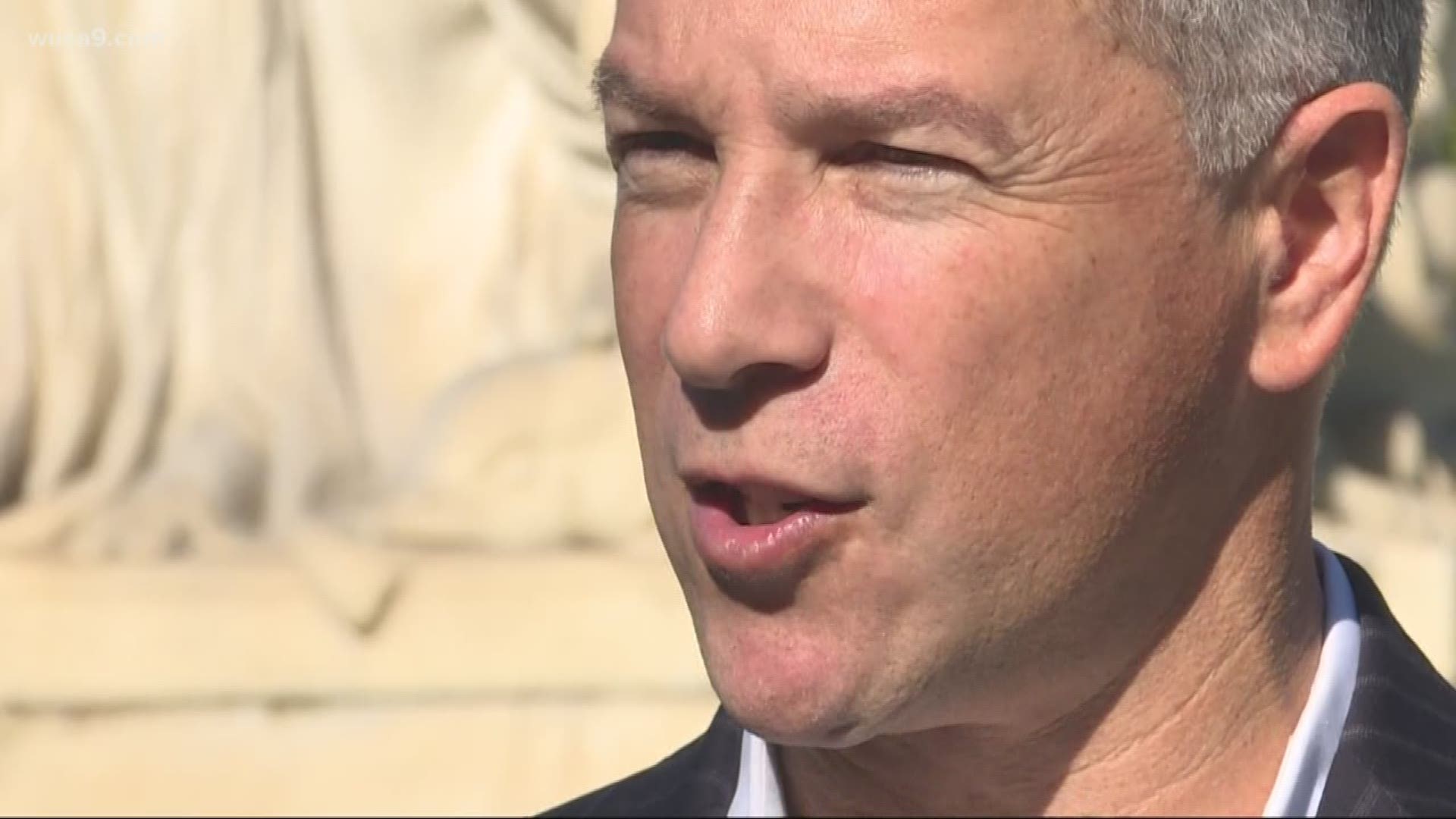 WASHINGTON, D.C., USA — Lawmakers across D.C. have increasingly picked up their efforts to get representation in Congress for the approximately 700,000 residents in the city. The common approach is the fight for statehood. But David Krucoff, a candidate for Delegate in Congress has another approach: Retrocession.

"I don't think it's a long-shot," Krucoff said. "I think 51st Statehood is a longer shot."

Krucoff is running for DC delegate, a position that has been held by Del. Eleanor Holmes Norton since 1990. His main proposal is to add D.C. to the state of Maryland, as the 24th county, aptly named Douglass County. This would not include much of the National Mall area, which would remain as the District of Columbia.

Krucoff is quick to point out that there is some precedence to this plan. When the city was first created as a federal district, a portion of present-day Virginia was actually a part of the city. But in the 1840s, the section west of the Potomac River was returned to Virginia, mostly due to disagreements about slavery. Now, 180 years later, Krucoff argues that this can happen again, east of the river.

"We're the capital of the country," Krucoff said. "It's all about politics here. And we're disenfranchised. It's disgusting."

Krucoff made a political argument too, saying retrocession would be far more palatable for a national audience. He argued statehood is unlikely to gain GOP support because it would create two new senators, which would likely lean left. With retrocession, he argues, this dilemma could be avoided.

"We would vote for Senators," Krucoff said. "They would be Maryland Senators. We would be a part of Maryland."

The biggest obstacle to Krucoff's plan is that there's not much support from local leaders. Del. Norton has been fighting for statehood for decades and said that's the better approach.

"Retrocession of the District to Maryland has no backing in Maryland or the District," Del. Norton told us in a statement.

Credit: WUSA9
Del. Eleanor Holmes Norton was elected in 1990, and has long been an advocate for D.C. statehood.

Norton has preferred to focus on her proposed statehood bill, which has already garnered 220 co-sponsors. This bill was discussed in September at a historic House Committee Hearing for the first time in a quarter-century.

"The capital of every country in the world, in democratic world, has the same rights as everyone else," Del. Norton said at the hearing.

Sen. Ben Cardin spoke with WUSA9 about the issue, and agreed that retrocession wasn't currently on the table.

"Changing a state border is something you really need to think long and hard about," Sen. Cardin said. "I think the better way is to have a 51st state."

RELATED: Wise: For the sake of Ward 2 and DC, it's time for Jack Evans to step down