Hot and humid Monday with storms. 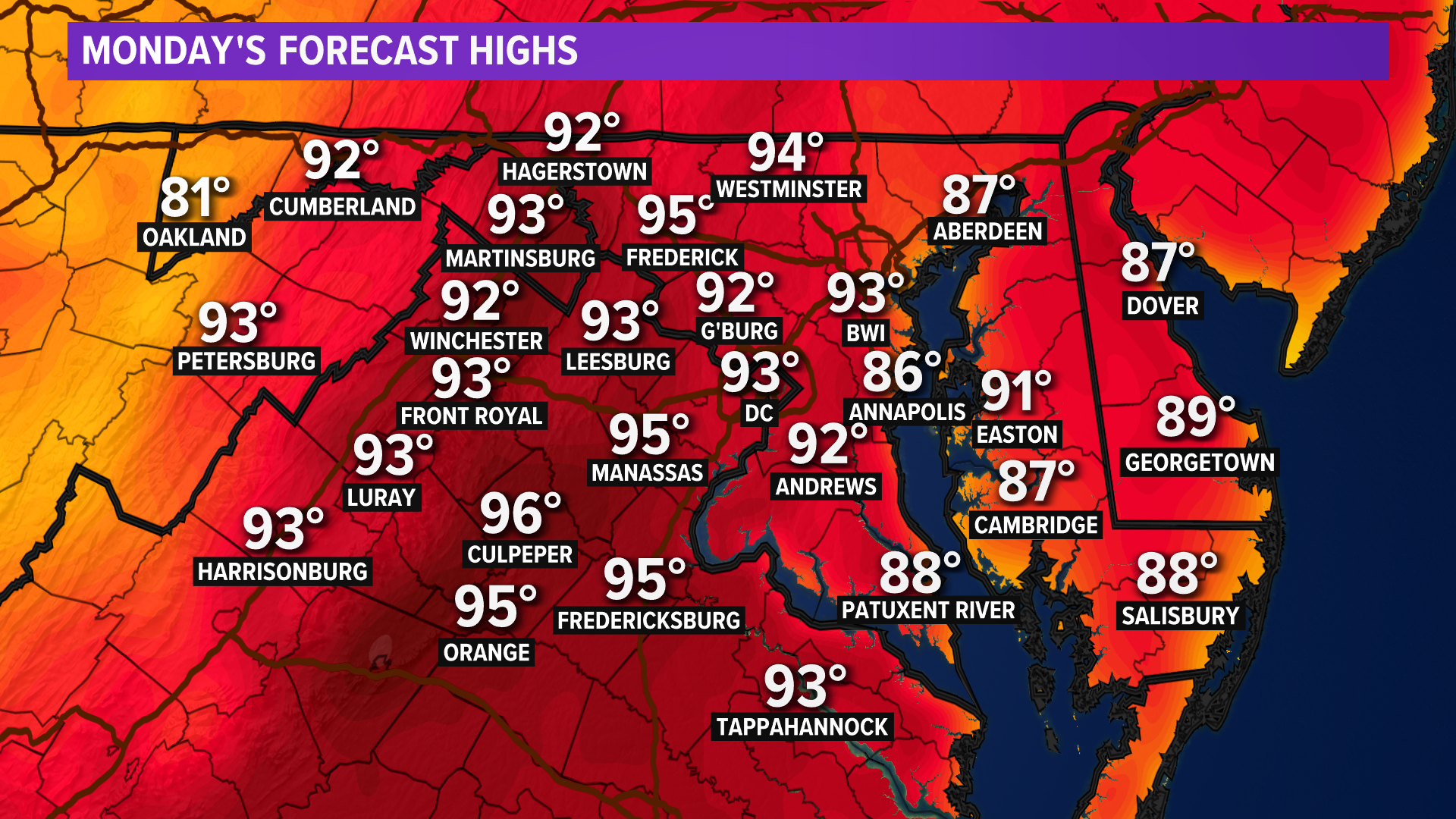 WASHINGTON — The heat and the threat of storms continue Monday. Heat Index values will approach 100° Monday afternoon.   A few of the storms that pop up could be strong to severe.

Monday is the hottest day of the week with highs in the 90s and the heat index in the upper 90s to near 100 degrees. the hottest part of the day will be between noon and 6 p.m.

Showers and storms will be possible and will likely fire up after 2 p.m.  Some storms may produce heavy rain and gusty winds. Overall, the severe weather risk is low.

Tuesday is going to be an unsettled day with showers and storms. The rain should gradually end by mid-afternoon. Highs will be in the upper 70s to near 80 early, but a cold front will drop temperatures throughout the day, likely falling into the 60s by sunset.

After Tuesday, we'll enjoy a stretch of quiet weather. Wednesday is easily the pick of the week with mostly sunny skies and highs in the 70s.

RELATED: Explainer: What's behind the heat wave in the American West?

As the week comes to an end highs will climb to the low to mid 80s.  Thursday and Friday are pleasant with highs in the 80s and a few more clouds.  Shower chance return Saturday.