A DC Statehood 'rap contest?' You paid for it 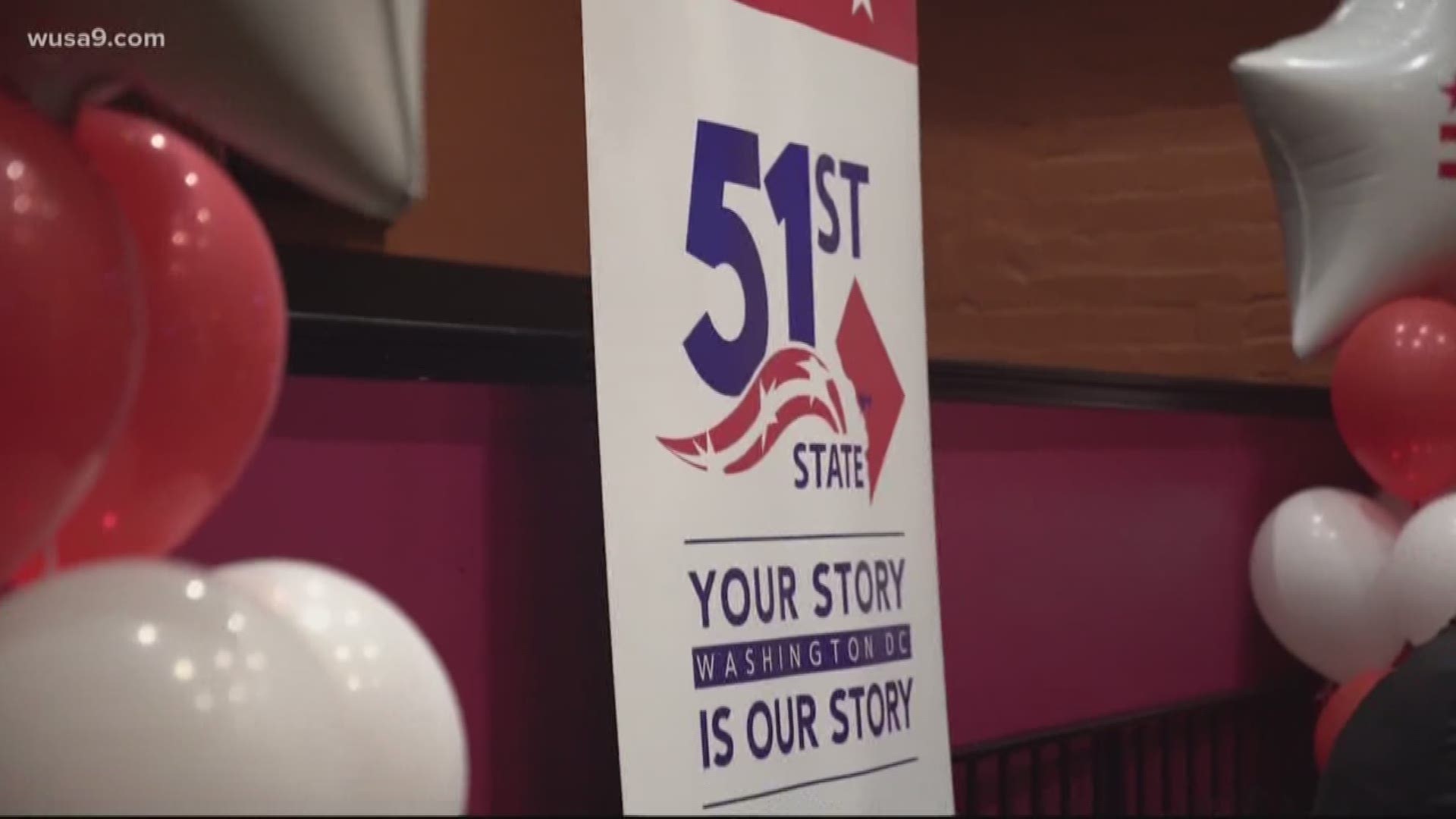 WASHINGTON — D.C. is throwing its passion and its pocketbook behind the fight for statehood. Mayor Muriel Bowser is spending millions to make the District the country’s 51st State.

But now a WUSA9 investigation reveals major questions surrounding a little-known pot of money known as the “Statehood Grant.”

Since 2015, the D.C. government has been handing out roughly $200,000 a year in Statehood Grants, which are awarded by the District to help grassroots organizations build support for D.C. Statehood. In 2018, five groups were awarded Statehood Grants, also referred to as Democracy Grants by the Office of the Secretary of the District of Columbia. They included:

“D.C. Statehood is one of the most crucial human and civil rights issues going on today,” said Stand Up! for Democracy in DC leader Anise Jenkins. Her group is also known as Free DC! and is funded primarily though the Statehood Grant program.

On November 17, the group used the taxpayer-funded Statehood Grant to stage a “D.C. Statehood Rap Contest.” You can watch the event here.

Jenkins said the goal of the rap contest was to encourage local artists to create original music that would encapsulate the fight for statehood.

“What we were looking for was something equivalent to we shall overcome. You know what I’m saying?” Jenkins told WUSA9 investigative reporter Eric Flack, who followed up by asking Jenkins whether the musicians who took part delivered what Jenkins was hoping for.

“I would say no,” Jenkins acknowledged.

WUSA9 wanted to take a closer look at how your tax dollars were being spent. To do that we've sent 45 emails, texts, FOIAs and phone messages that date back to January 21, 2018, attempting to get answers from DC government about how the money was spent.

The records the city eventually responded with didn’t add up.

WUSA9 discovered only $55,000 of the Statehood Grants handed out by city hall had receipts, bank statements or invoices showing how the money was spent.

There were no proofs of purchase, sales slips or check stubs for the remaining $145,000 to document how the money was spent.

Credit: Haleigh Purvis
A graphic showing the breakdown of DC Statehood spending in 2018

Bo Shuff, executive director of DC Vote, which received the largest Statehood Grant in 2018, told WUSA9 that under the terms of the grant program organizations are only required to turn in a year-end report outlining how they used the money, with a general list of expenditures but no dollar-for-dollar accounting.

Still, records reviewed by WUSA9 revealed some groups did turn in specific receipts. And a closer look at those only raised more questions.

Vision House sent the city a list of expenditures along with copies of checks used to pay for them. But check 1154, listed as $90 on this balance sheet, was actually written for $900, according to a copy of the check turned into D.C.’s Statehood office by the group’s president, Elinor Hart.

In a phone interview, Hart told us she was not aware of any discrepancies in the records she turned in to the city and said the Statehood Office never questioned her about any of the spending.

“We did provide all the documentation,” Hart said. “The city had a check or a signed receipt of debit card charge for everything.”

WUSA9 also found tens of thousands of dollars by various other organizations on cross-country travel promoting statehood. Atlanta to Albuquerque. Chicago to Seattle. Taxpayers even paid to push D.C. Statehood in Belfast, Maine.

But with every dollar critical to achieving the decades-long struggle of making D.C. a state, WUSA9 wanted to know: who’s watching over all this money?

During an appearance at an event for D.C. Public Schools, investigative reporter Eric Flack asked Mayor Bowser, “How is the money being tracked by the city to make sure that taxpayer money is being spent wisely?”

First, the mayor dodged the question

“I would have to ask you to talk to our Office of Federal and Regional Affairs about the process,” Bowser said.

Then, when pressed on the issue by Flack, Bowser reverted to talking points.

“Anytime we can have 86% of voters come out and support D.C. Statehood and have it be a topic for a national campaign we know that we are headed in the right direction,” Bowser said.

Flack responded, “So to be clear you don’t know how the money is being tracked do you?”

Repeated requests to the mayor’s staff to get further details were unsuccessful.

Even Anise Jenkins, a life-long civil rights advocate who knows a lot more about statehood than spreadsheets, admits moving the needle with Statehood Grants can be a challenge.

“You know their goal is always to have national impact,” Jenkins said of her DC Statehood Rap Contest. “I don’t know if it had national impact or not. I’m not sure. You know, because it’s on YouTube it depends on how many hits you get.”

Credit: Anise Jenkins
The DC Statehood Rap Contest has 137 views on you tube as of December 10

“It was on our website, but when we checked on it, it wasn’t there,” Jenkins said. “I don’t know what happened.”

That’s because it’s been permanently removed from the Internet for copyright infringement, according to a notification that pops up when anyone tries to play it.

There’s no mention of taxpayer dollars spent to update the Stand Up! For Democracy! documentary in Jenkins' year-end report to the city. But that doesn’t seem to bother D.C. government.

“People need inspiration,” Jenkins said “They need information and inspiration. And that’s what we are doing.”

So, what will your tax dollars be spent on this year?

Jenkins said she plans to be spent at least $5,000 on a chart that outlines the challenges D.C. faces in Congress getting statehood passed. Find the complete list of statehood grant proposals for 2019 here.