1 dead, 3 injured in shooting inside hookah bar in Waldorf

One person is dead, and three others are expected to recover, police said. 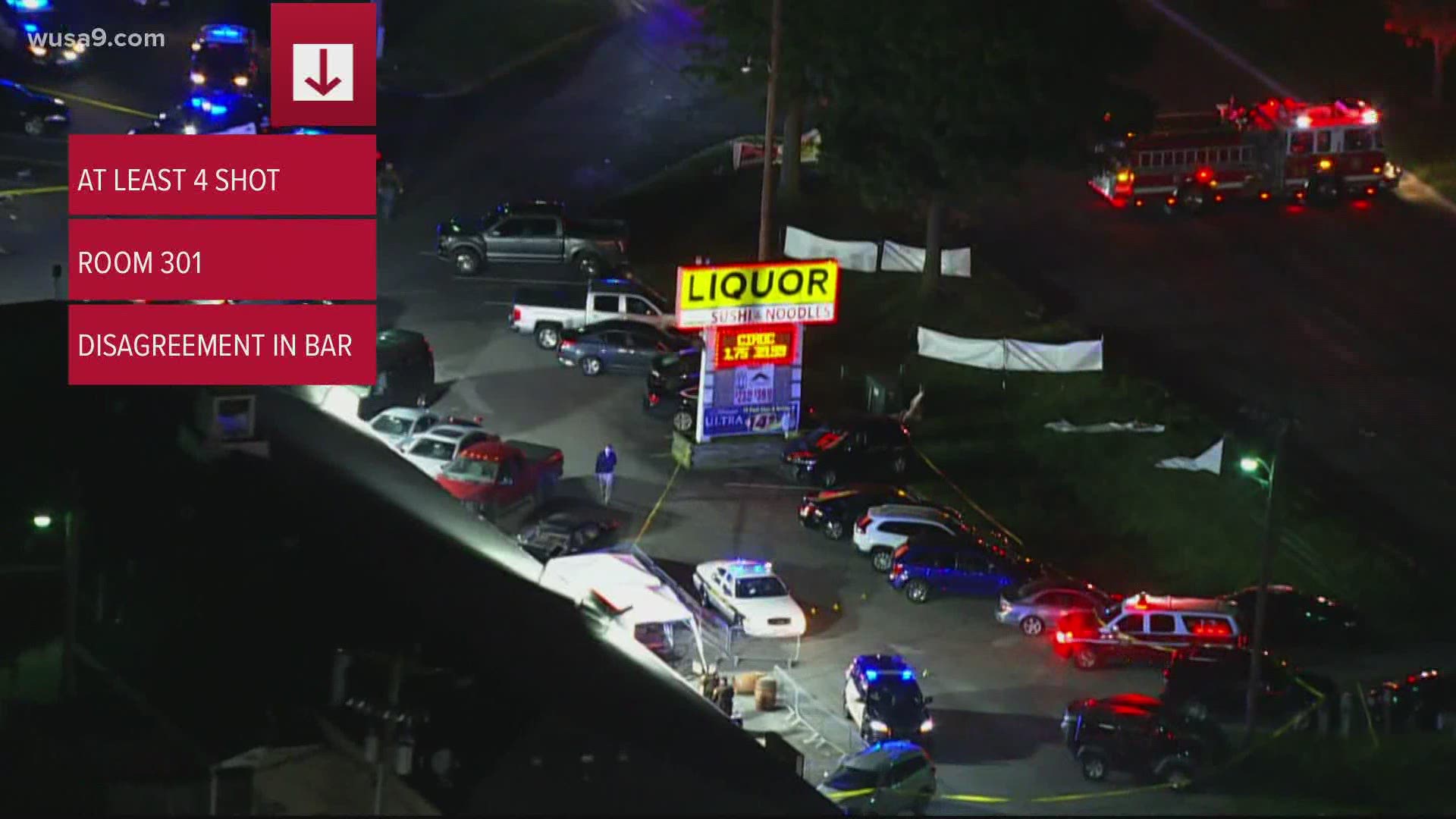 Around 9 p.m. the Charles County Sheriff's office received a report of a shooting inside Room 301 Lounge/Bar located at 2177 Crain Highway in Waldorf. At least four victims were flown to local hospitals to be treated for gunshot wounds. One person died from their injuries, and the other three are in serious condition, but expected to recover, authorities said Saturday morning.

Dontrell Lowell Watson, 34, of Upper Marlboro, was the man who was killed.

According to Diane Richardson, spokesperson for the Charles County Sheriff's office, it appears there was a disagreement between two groups of people before the shooting happened. Officials have not said whether there have been any arrests yet.

Richardson said the scene has been cleared as of Saturday morning.

Police investigating shooting in area of a business called Room 301 Lounge/Bar in 2100 block of Crain Hwy. in Waldorf. Call came in at 9pm. Reports of four people injured. Unknown extent of injuries. Victims being taken to hospitals. Scene has been secured. Please avoid area.

Crain Highway has been re-opened in both directions between Mattawoman Drive and Gillespie Circle.

Detectives are on scene of shooting and pursuing leads. Anyone with information is asked to call (301) 932-2222. Tipsters wishing to remain anonymous can call 1-866-411-TIPS.