Here's how much snow fell in DC, Maryland and Virginia

The DMV had its first snowstorm of the season, but exactly how much you saw varied greatly across the region. 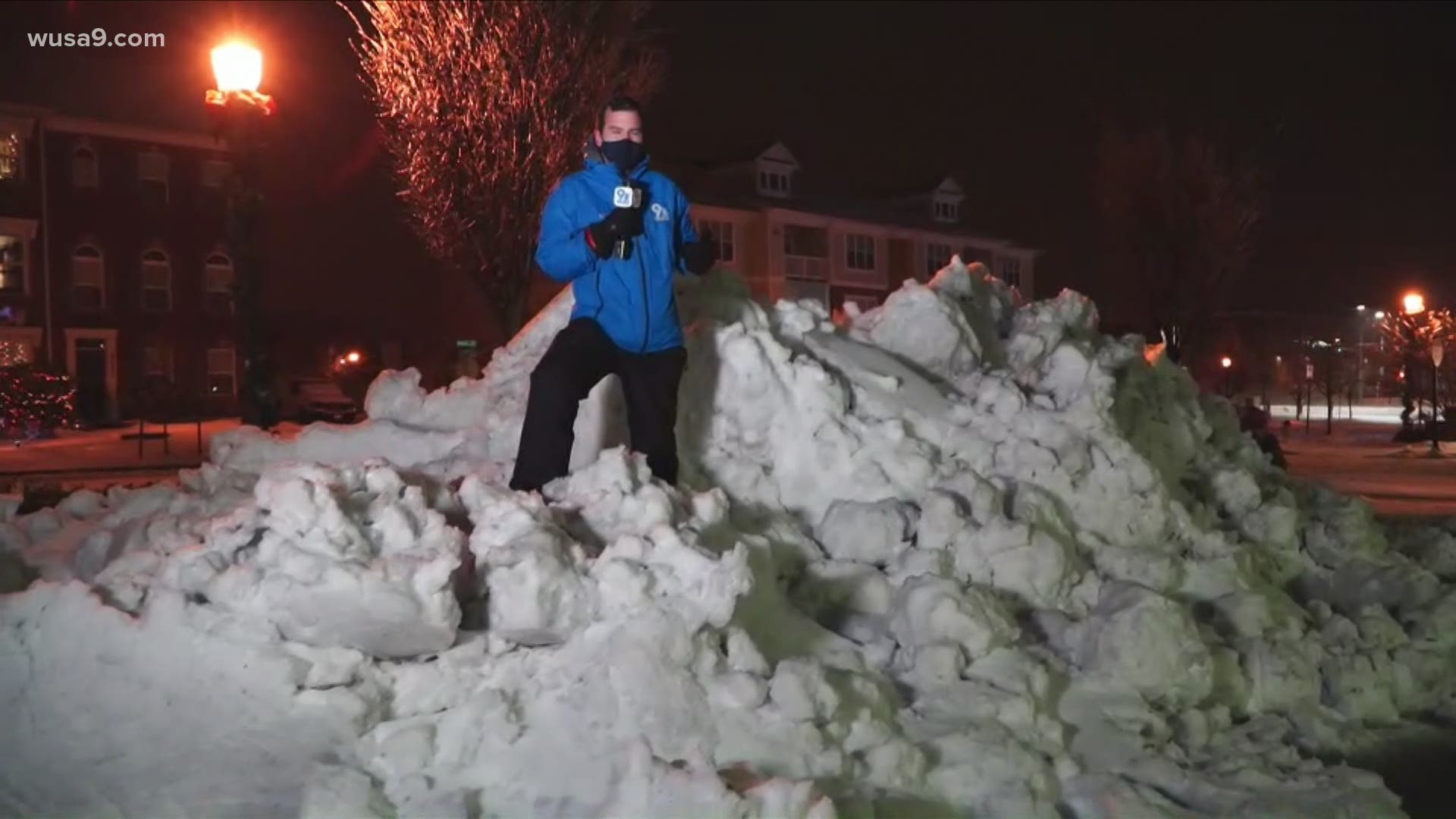 WASHINGTON — The DMV experienced one of the larger winter storms in several years on Wednesday. But actual snow totals spanned a wide range.

Some areas like Loudoun County, Virginia, and Frederick County, Maryland, saw over half a foot of snow, while other areas like D.C. proper and communities east of the Nation's Capital only saw a dusting.

Snowy and ice conditions on roadways led to hundreds of vehicle crash calls in Virginia and Maryland on Wednesday, according to both states' police departments.

Icy conditions are setting into the D.C. metro area as rain passes through and colder temperatures move into communities overnight. Our far northern and western suburbs are still seeing some snow, and have gotten more than half a foot of snow.

Some school districts have also modified plans for Thursday because of the impacts of the winter weather in our region, with a few even closing for a second day straight.

Here is a look at the recent snowfalls for our region provided by the National Weather Service:

RELATED: I-70 crash near Frederick leaves commuters in massive backup for hours

RELATED: Weather blog: Icy road conditions being seen in communities across the region

RELATED: TIMELINE: Here's when the snow will end