Windy and warm with showers Monday. 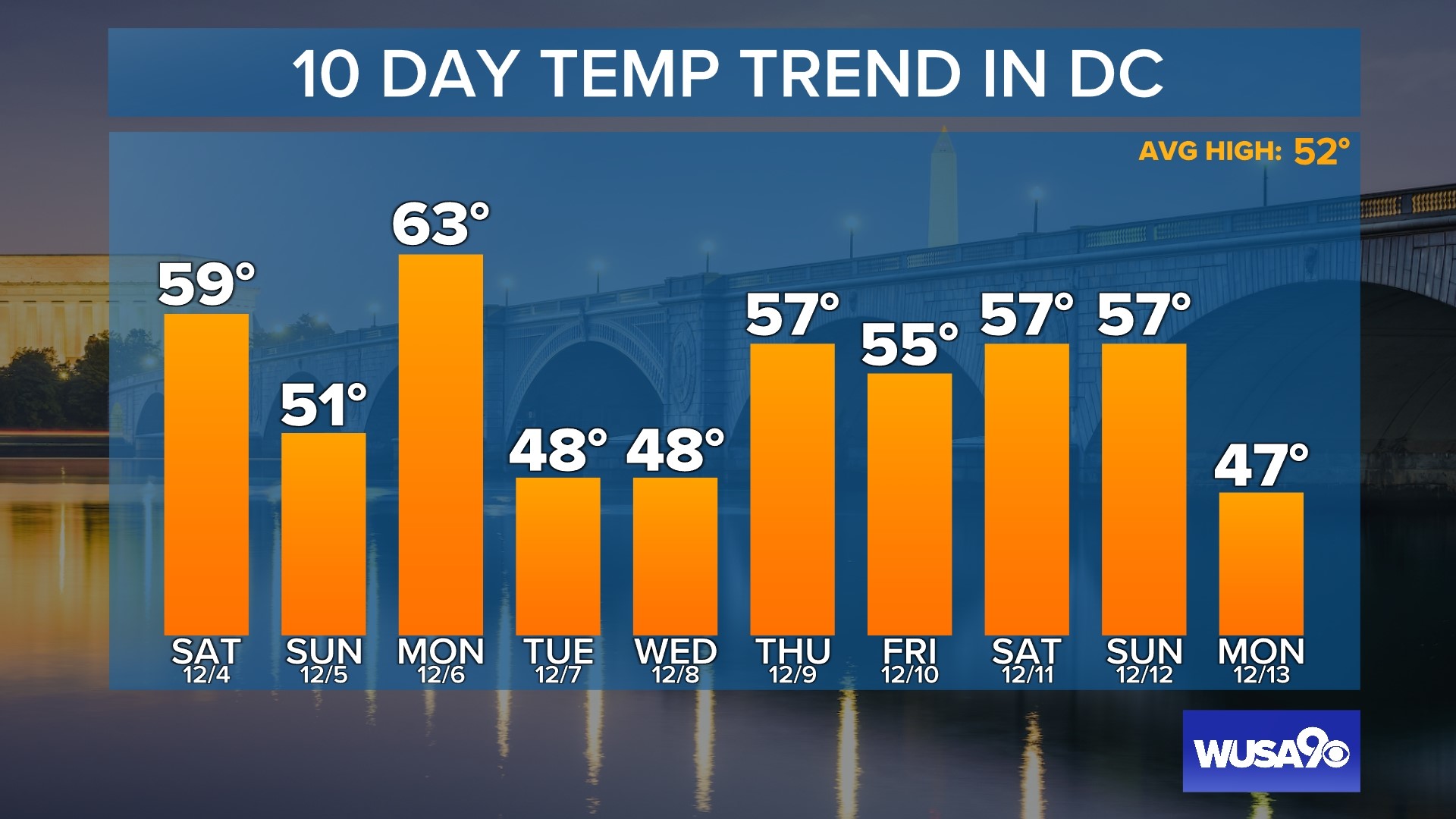 WASHINGTON — Milder Saturday then a bit chilly Sunday. A great December weekend to finish decorating outside.

Forecast Discussion:
Chilly tonight but not that cold for December. Grab a jacket before you head out tonight. Milder Saturday with highs in the mid to upper 50s. Saturday will be a great day to get your Christmas tree and/or finish putting up your outside lights. Some clouds return Sunday and are a bit chilly with highs on either side of 50 degrees.

RELATED: Winter Weather Forecast: It's been almost 6 years since our last blizzard, could we see one this winter?

Here are the numbers for December.

Long Range Forecast:
Windy and warmer Monday with showers developing. It'll be partly cloudy and colder Tuesday. Highs Tuesday will be mainly in the 40s. We're watching the extended forecast for more rain on Wednesday and showers late Thursday.