TIMELINE | A look back on the Nationals' history in DC

The Nationals' 15-year history in DC has included many twists and turns. 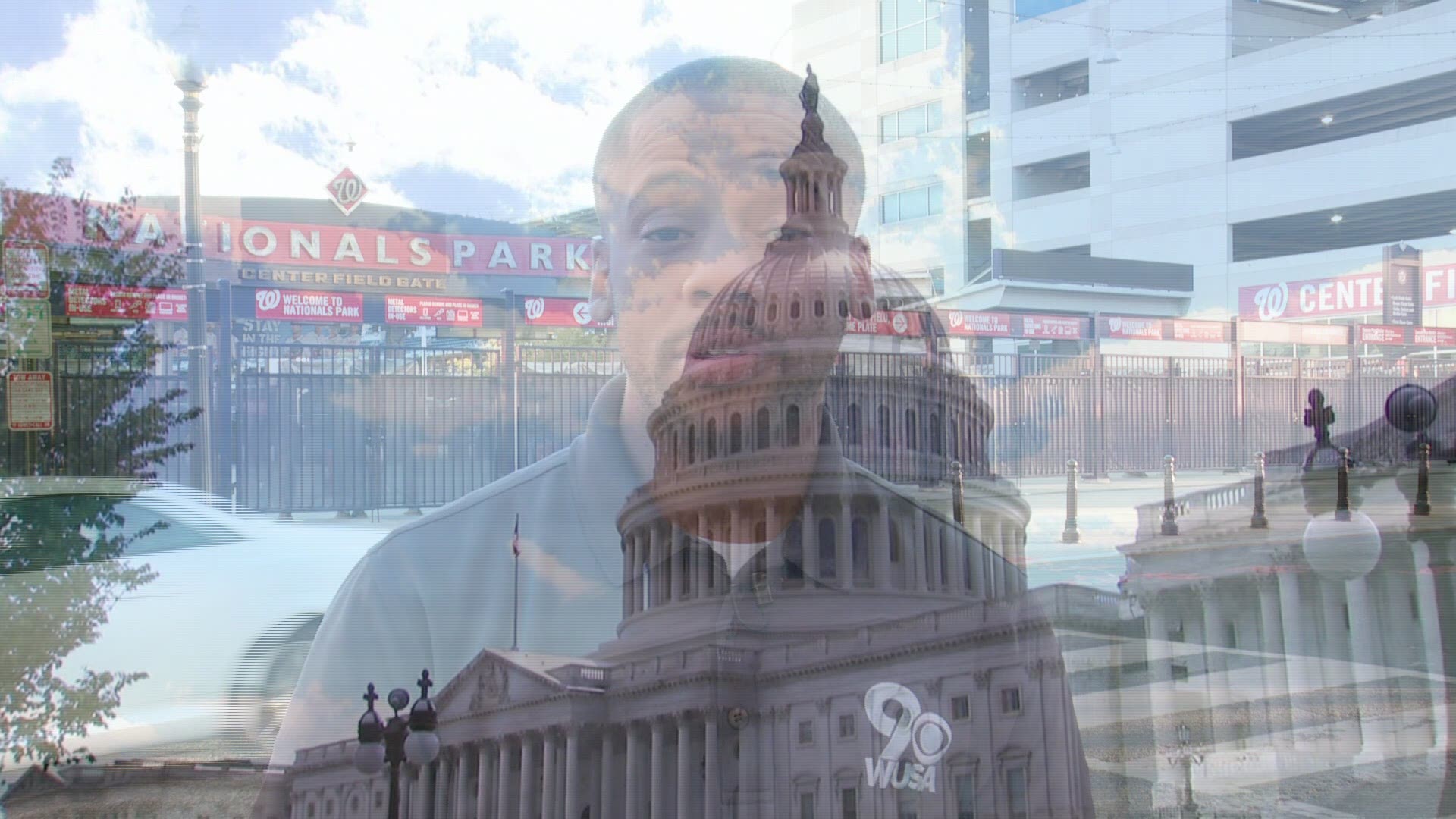 WASHINGTON — The Washington Nationals have had an on-again, off-again history with the nation's capital – one poised to see its most dramatic entry yet as the team heads to its first World Series.

As far back as the 1880s, teams were playing under the Nationals name in D.C., but it was in 1884 when the first major league team organized under that name in the American Association.

By 1905, after years as the Washington Senators, the team – now playing in the newly formed American League – was renamed the Nationals. The team would keep playing in D.C. until 1961, when it was moved to Minnesota and renamed the Twins.

Professional baseball left the District entirely in 1971 when Bob Short, the owner of the Washington Senators expansion team, announced plans to move his team to Texas to become the Rangers.

Fans actually rushed the field of RFK stadium the final night the Senators hosted a game in Washington.

America's pasttime would be played outside of its capital for more than 30 years until Major League Baseball revealed it would move the Montreal Expos south of the Canadian border to the DMV.

"Nearly 33 years to the day since they left, baseball is back in Washington, DC," proclaimed former DC Mayor Anthony Williams in 2004.

Soon after, the Washington Nationals became one of the hottest tickets in town. The Nationals sold more than 13,000 season tickets for their games at RFK Stadium within weeks of the announcement to move the team to the city.

RELATED: Was the $1B Nats Park gamble worth it?

RELATED: DC: The only city where a baseball team with the same name has left twice

But, while local fans began to fall in love again with baseball, a political fight brewed at the Wilson Building in downtown Washington. The city's leaders argued as to whether millions of dollars of taxpayer money should be used to build the Nationals a new stadium.

Former DC Mayor and then-city council candidate Marion Barry said the plan was a poor one.

"I think this is the biggest stick up by Major League Baseball since Jesse James and the great train robbery," he said.

Supporters of Nationals Park eventually won the debate when leaders compromised that some private funds would be used to finance the stadium.

After that, it was time to play baseball.

The Nationals would host their first game at their new stadium on the banks of the Anacostia River in March 2008 against the Atlanta Braves.

RELATED: Don't want to go to DC to watch the World Series? Here's 10 alternatives in Virginia and Maryland

The Nationals won the game on a Ryan Zimmerman walk-off home run. Zimmerman is the last remaining original member of the team today.

"We couldn't have written a better script than Ryan Zimmerman (with) the walk-off home run to win the game, the first game ever at Nationals Park," said then Nationals General Manager Jim Bowden.

The team's fan immediately craved a winner, but reality would come to the Navy Yard fast.

A highlight of those doldrum years? The debut of pitcher Stephen Strasburg, dubbed "Strasmas," which saw him strike out an incredible 14 batters in a single game.

After assembling a roster of other stars like Jayson Werth, Max Scherzer and Bryce Harper, the team would make the postseason four times between 2012 and 2017 – only to lose three of those series in Game 5.

By the time 2019 rolled around, uncertainty clouded Washington.

Star outfielder Bryce Harper decided to sign with the Philadelphia Phillies and the Nationals would only be able to amass a 19-31 record by the end of May.

Fortunately, that same team stayed in the fight, winning a wildcard game against the Milwaukee Brewers and the National League Championship Series against the St. Louis Cardinals.And now, that team will compete to make history again, by trying for its first ever World Series victory.

RELATED: Nationals 2B Brian Dozier got his start in a Bethesda Summer League