Here's a break down and reactions to the decision for a written report not be made public by the NFL following results of the Washington investigation. 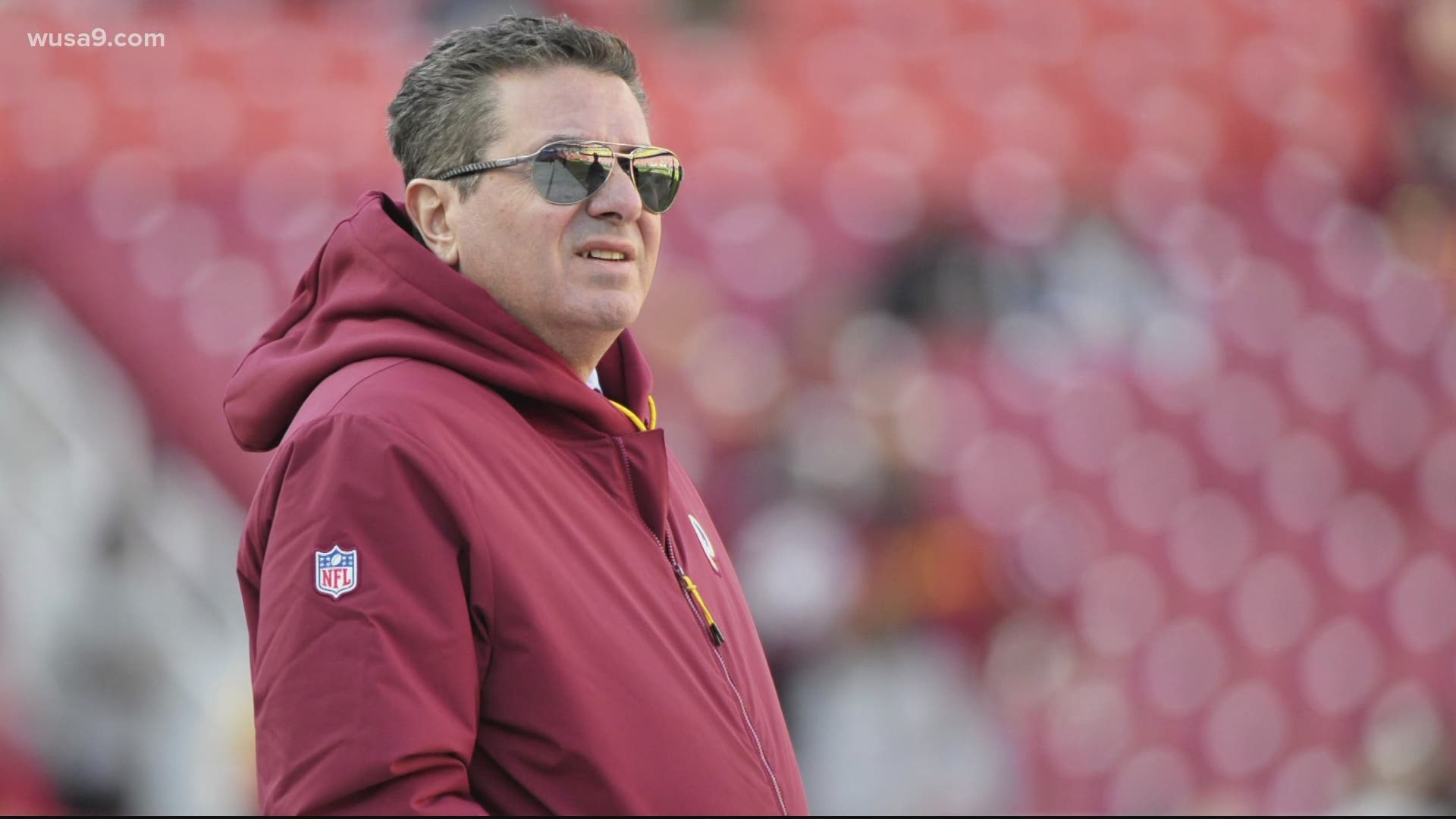 WASHINGTON — National Football Team officials and lawyers did not release a written report into the Washington Football Team investigation, which included misconduct allegations against the team, whose owner Dan Snyder has stepped away momentarily from the team and put his wife Tanya in charge in a co-CEO role.

Snyder's organization was fined $10 million, but he was not suspended and a written report into the investigation by Beth Wilkinson was not made public.

The investigation came amid allegations from employees and taken over by the league, revealed that ownership and senior officials paid little attention to sexual harassment and other workplace issues. NFL special counsel for investigations Lisa Friel described it as a culture of fear.

The Locked On Washington Football Team reacts to the team being fined $10 million but not being suspended and the decision by the NFL to not require a written report. Plus, what does the future hold for the WFT organization and for the employees that came forward?

Listen to the episode here

Her appointment as co-CEO will expand her leadership of the organization, the team said in a release. This comes as the team looks to unveil a new name and brand for the next era of Washington football. Tanya Snyder is one of few female CEOs in NFL history, furthering the Washington Football Team’s commitment to being a standard bearer of diversity and inclusion in sports.

Listen to the episode here

The team was not stripped of any draft picks and no formal suspensions were handed out as part of the league’s discipline that was announced Thursday stemming from lawyer Beth Wilkinson's investigation that began last summer.

The league said Wilkinson interviewed more than 150 people, including current and former employees. Friel said individual allegations were not made part of Wilkinson’s findings because of confidentiality agreements requested by many people and that there was no written report, only an oral presentation.

“This is truly outrageous and is a slap in the face to the hundreds of women and former employees who came forward in good faith and at great personal risk to report a culture of abuse at all levels of the team, including by Snyder himself,” lawyers Lisa Banks and Debra Katz said in a statement.

Snyder said in a statement he agrees with the commissioner's decisions and is “committed to implementing his investigation’s important recommendations.”