Chris Russell and David Harrison of the Locked On Washington podcast predict how the Washington Football Team will play in 2021 amid the team's schedule release. 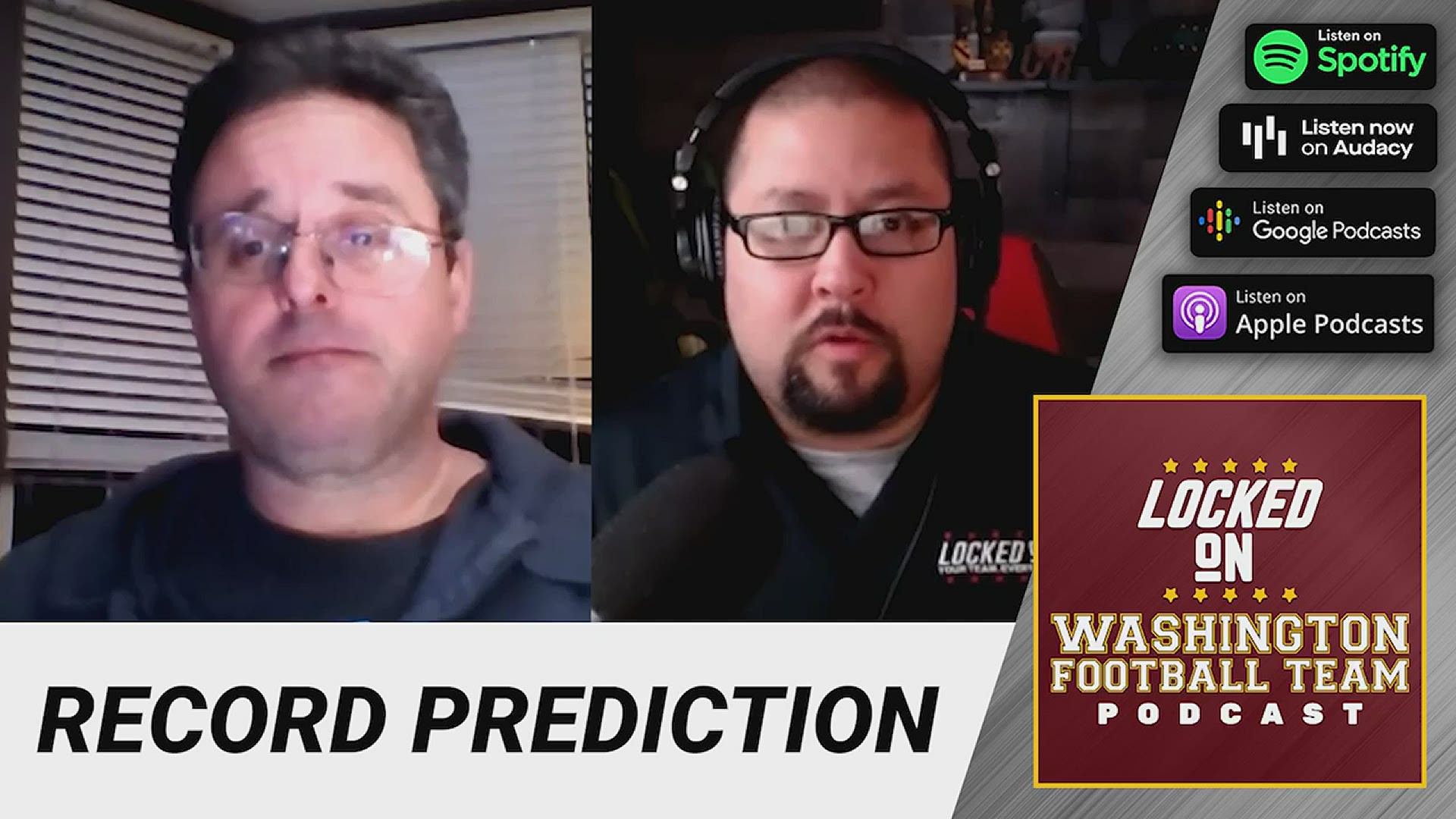 WASHINGTON — With the release of the 2021 NFL schedule, we now know the Washington Football Team will host Justin Herbert and the Los Angeles Chargers to start the year and will finish with five straight NFC East Division games against the Dallas Cowboys, Philadelphia Eagles, and New York Giants.

Chris Russell and David Harrison of the Locked On Washington podcast react to the full slate of games and take their shot at predicting the final regular-season record for Ron Rivera's squad.

Chris predicts a 9-8 finish for the Burgundy and Gold, while Dave thinks the team will finish a little stronger with a 10-7 record.

Plus, Charles Leno has signed with the WFT. What do Chris and David expect from the move? Find out, on Wednesday's episode of the Locked On Washington Football Team podcast!

RELATED: Charles Leno agrees to join Washington but leaves early for birth of second child | 'It could happen at any moment'

RELATED: Predicting 2021 season's games for Washington ahead of NFL schedule being released | Locked On WFT