Players Against Hate was recognized by the Washington Capitals during their Black History Night. 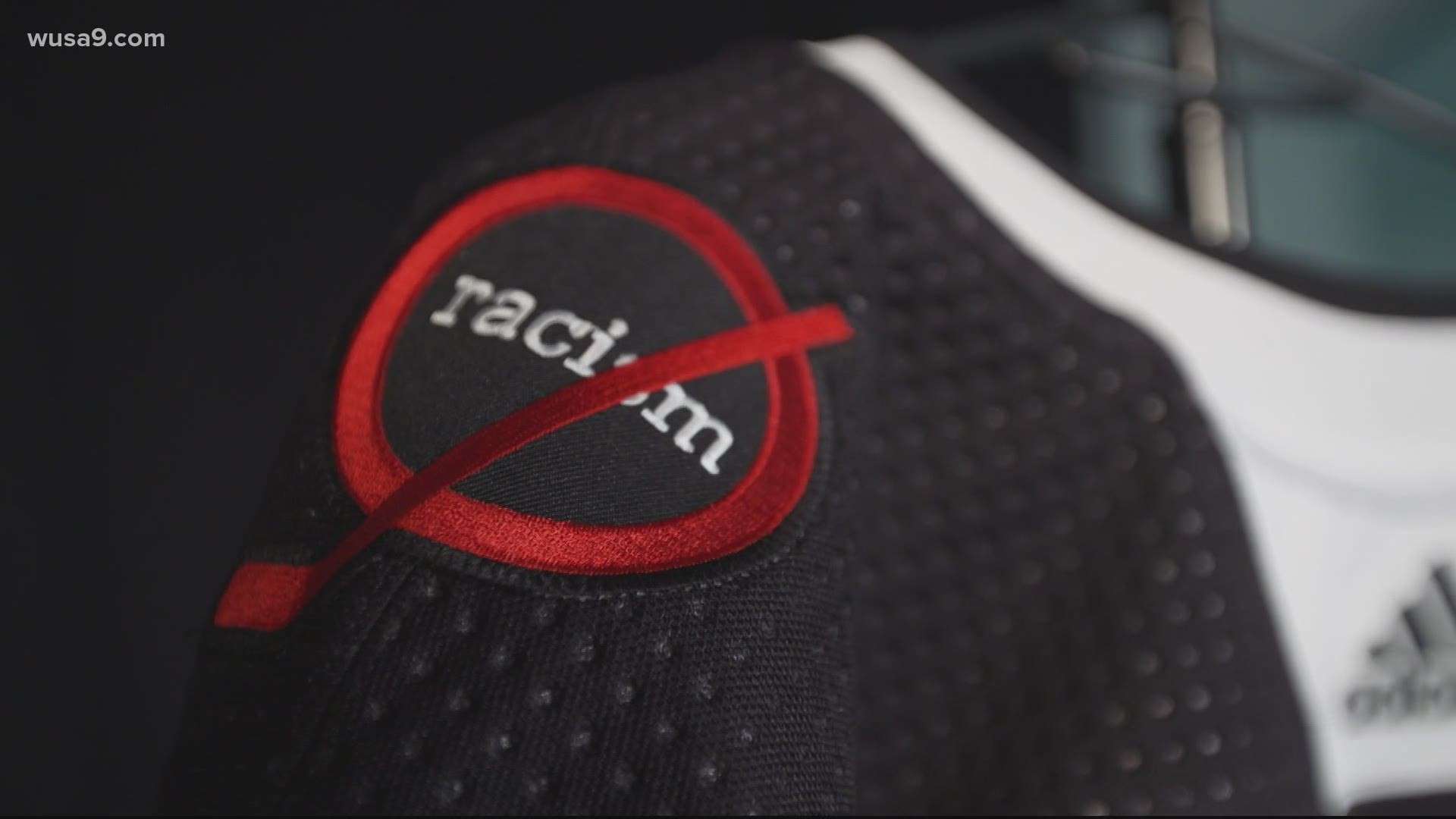 WASHINGTON — A new initiative is receiving attention in the NHL, as sports organizations across the country work to tackle systemic racism. An organization called Players Against Hate has launched a database for reporting racist incidents in hockey.

“I want to be able to say to people, this is how much it’s happening," PAH founder, and mom to two hockey-playing children, Tammi Lynch said. "This is where it’s happening, and organizations can’t hide from it anymore.

This is the first public database that keeps a record of racism in youth hockey. Players, parents, referees, coaches and others can all submit incident reports on the PAH website.

“It’s going to be important for the people who experience this," Lynch said. "They will know that the people believe you, hear you, and we are going to work for a change.”

The Players Against Hate organization started in December 2018 after a black player began receiving racial taunts from the opposing team in a Maryland youth ice hockey tournament.

RELATED: Captain takes in last game with Washington before he heads to service dog 'Training Camp'

Tonight @11pm on @wusa9, founder, Tammi Lynch, explains what it means for the Caps to support the fight against racism @CapitalsPR pic.twitter.com/3ILQ3sHrrx

Players Against Hate was recognized by the Washington Capitals during their Black History Night on Feb. 25, 2021. The team all work black jerseys with the PAH logo on the sleeve.