Settle -- a defensive lineman for Washington -- has written and produced 20 songs and recently released his first album called "Trench General." 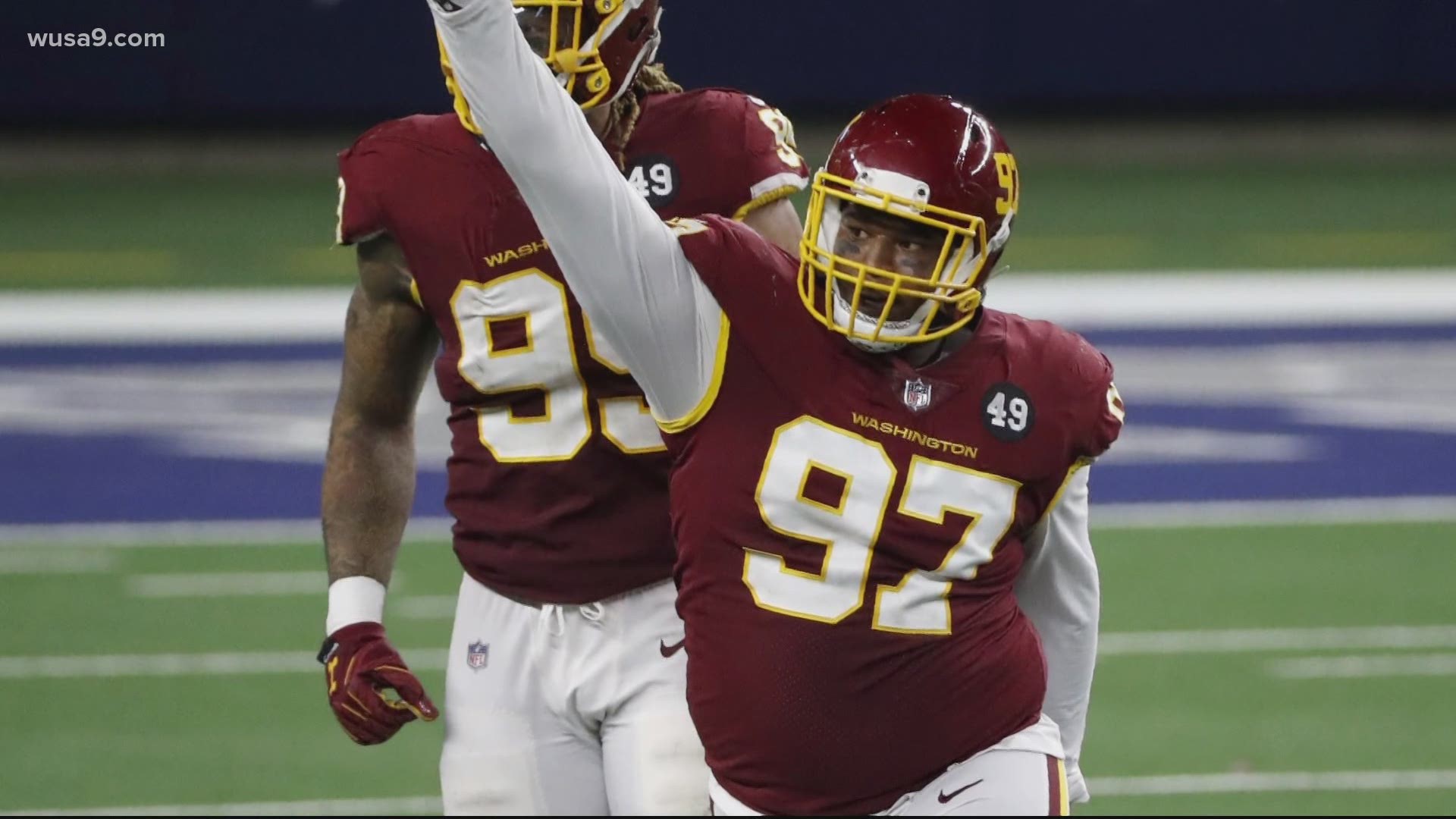 WASHINGTON — Many of us picked up new hobbies while in quarantine during the COVID-19 pandemic. The same goes for Washington Football player and Virginia native Tim Settle.

"I bought the whole studio kit off Amazon. I'm making this music and sending it to my boys and everyone was saying my music is fire," said Settle in an interview with WUSA9.

Settle has since then written and produced 20 songs and recently released his first album called "Trench General."

The Northern Virginia native also wrote a song called "Letter to Stro". It's about his Washington Football teammate and defensive back Greg Stroman. The two both played together at Bull Run High school in Gainesville, Virginia, in college at Virginia Tech and now as pros for the Washington Football Team.

"It's a song that Greg and I can connect to," said Settle. "The stuff we've been through and how far we came is why wrote the song."

Settle was drafted in the fifth round by the Washington Football Team in 2018. As he enters his fourth season, Settle believes the fans will hear his music played during home games at FedEx Field.

"My music is clean and everyone can relate to it," said Settle.

One thing Tim Settle made very clear when asked if he would rather be the greatest rapper of all-time or the greatest football player of all-time, without hesitation he said: "Football! I'm definitely not giving up my day job".

Dropping QBs on the field and dropping bars off of it pic.twitter.com/6OdgqQ6uq7