A white towel on John Thompson's shoulder during Georgetown basketball games became an iconic look for the iconic coach. 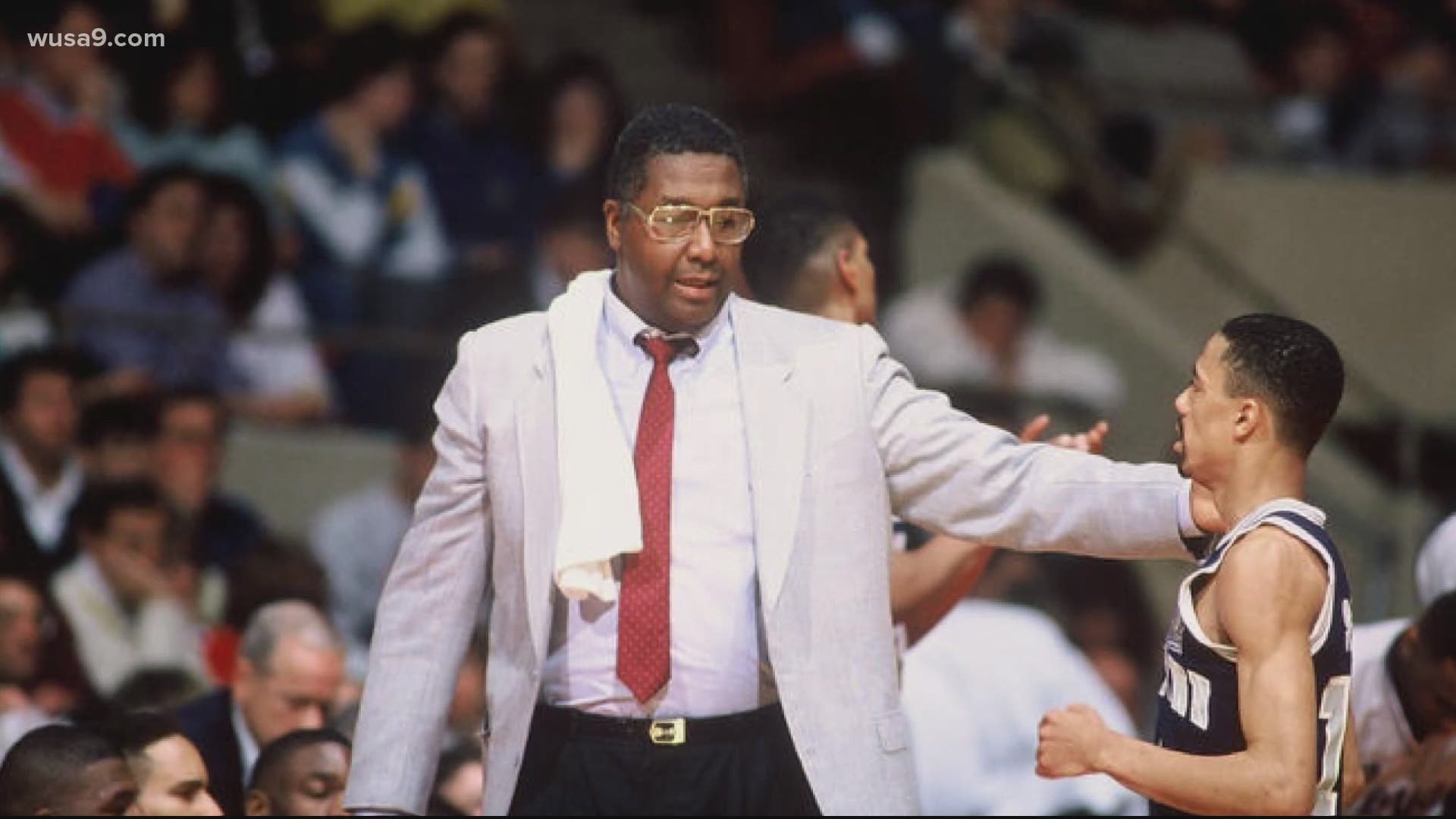 WASHINGTON — A towel on his right shoulder was John Thompson Jr.'s signature look while he coached the Georgetown Hoyas men's basketball team for 27-years. Now, fellow college coaches are mimicking the look to honor him.

During Black History Month and amid the loss of Thompson in 2020, coaches wore shoulder towels while coaching games this week as part of an initiative started by the National Association of Basketball Coaches.

Kansas coach Bill Self and Duke coach Mike Krzyzewski were a few of many coaches that participated in honoring Thompson.

Thompson made his mark as the head coach of the Georgetown men's basketball team as he led them to a historic NCAA championship in 1984.

During his coaching career with Georgetown, he was known for building up the school's program and leading the team to back-to-back appearances in the NCAA Championship Game. In 1975, he led the Hoyas to the NCAA tournament for the first time in 32 years, according to ESPN.

Salute to the legendary Hall of Famer, John Thompson pic.twitter.com/b56LcRMgrq

He was the first African-American head coach to win an NCAA championship when Patrick Ewing led the Hoyas over the Houston Cougars.

Before his coaching career, Thompson, a native Washingtonian, played basketball for John Carroll High School in D.C. and later went to Providence College, where he led the team to the 1963 NIT championship and served as captain for the school's first NCAA tournament team in 1964.

The towel was John Thompson’s signature look while coaching the @GeorgetownHoyas. This week, the @NABC1927 created a tribute that has coaches from across men’s basketball mirroring his signature look. @wusa9 @WUSA9sports pic.twitter.com/w1BVptuFYv