Before serving two terms in the Senate, Warner served as Virginia’s governor from 2002-2006 and chairman of the National Governors Association from 2004-2005. 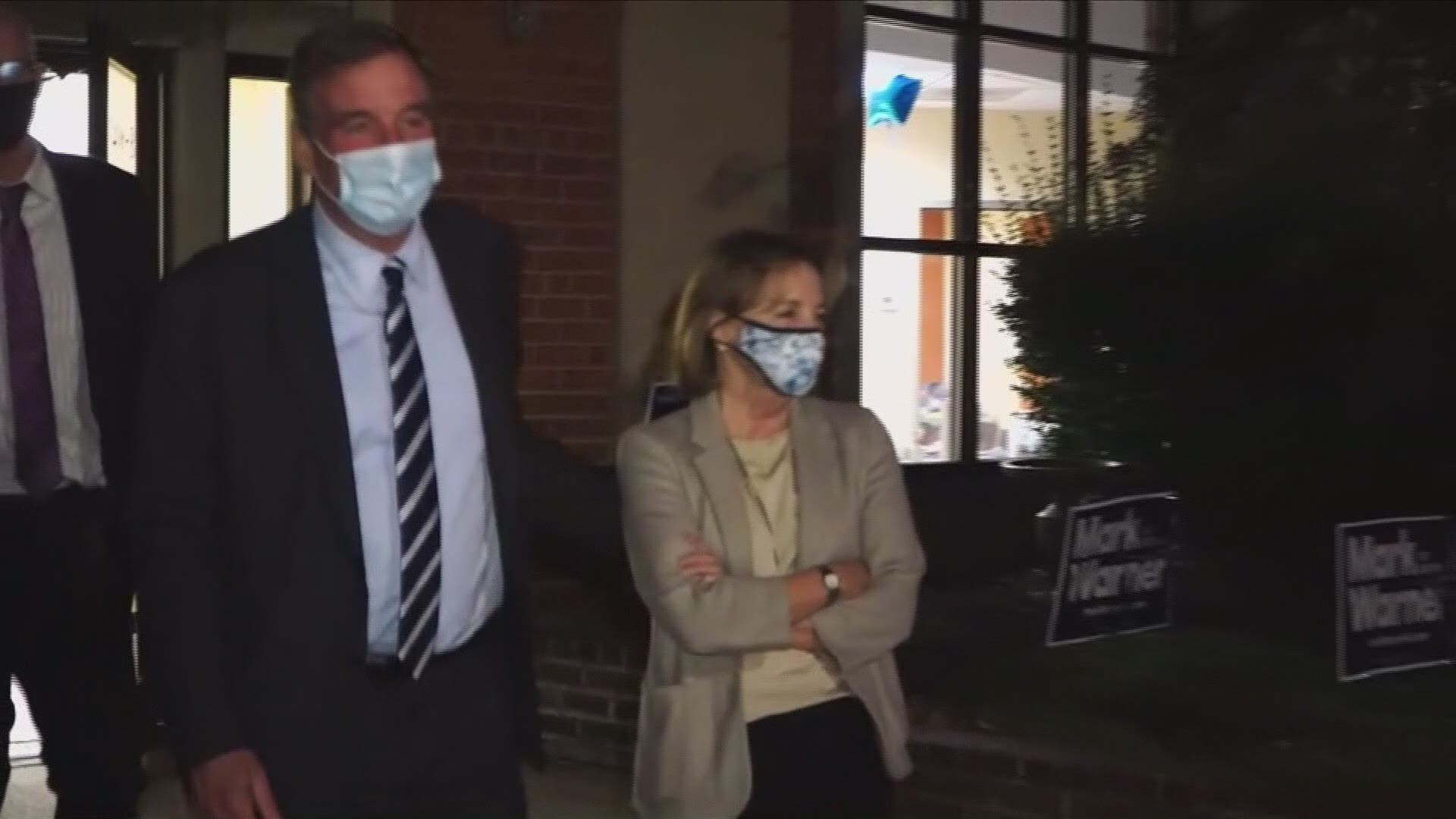 A Republican has not taken a Virginia U.S. Senate seat in Virginia since 2002, when John Warner (no relation to Mark Warner) was re-elected to a fifth term. However, in the 2014 election, Warner won the office by a very narrow margin -- about 1% -- against Republican political operative Ed Gillespie. No one expected the race to be that close.

Warner was sworn into the Senate on Jan. 6, 2009. He served as governor of the Commonwealth from 2002 to 2006, defeating his predecessor as governor, Jim Gilmore, to win Virginia’s Senate in 2008. Before entering politics, he was an entrepreneur and executive in the technology industry.

*NOTE: While the Associated Press has projected Mark Warner will win re-election, the formal results show up as the votes are counted below.*

Currently, Warner serves on the Senate Finance, Banking, Budget, and Rules Committees as well as the Select Committee on Intelligence, where he is the Vice-Chairman. During his time in the Senate, Warner has established himself as a bipartisan leader who has worked with Republicans and Democrats alike, increased government performance and accountability, and promoted private sector innovation and job creation.

Warner has been recognized as a national leader in fighting for the United States military men and women and veterans along with working to find bipartisan, balanced solutions to address the United States’ debt and deficit.

As Virginia’s senior Senator, Warner emphasized he is focused on the challenges the country faces next -- from health care, to climate change, to automation and the future of our economy.

Sen.Warner and his wife, Lisa Collis, live in Alexandria, Virginia with their three daughters.

Warner’s challenger, Gade, is a retired U.S. Army lieutenant colonel who served more than 20 years in the U.S., Korea, and Iraq. During the campaign, Gade, a Republican, received attention for his more centrist views than many others in his party, showing support for the Black Lives Matter movement, police reform and even publicly criticizing President Trump.