Two church members were injured. Fairfax County Police Chief Edwin C. Roessler was part of the arrest and helped subdue the suspect. He was also injured. 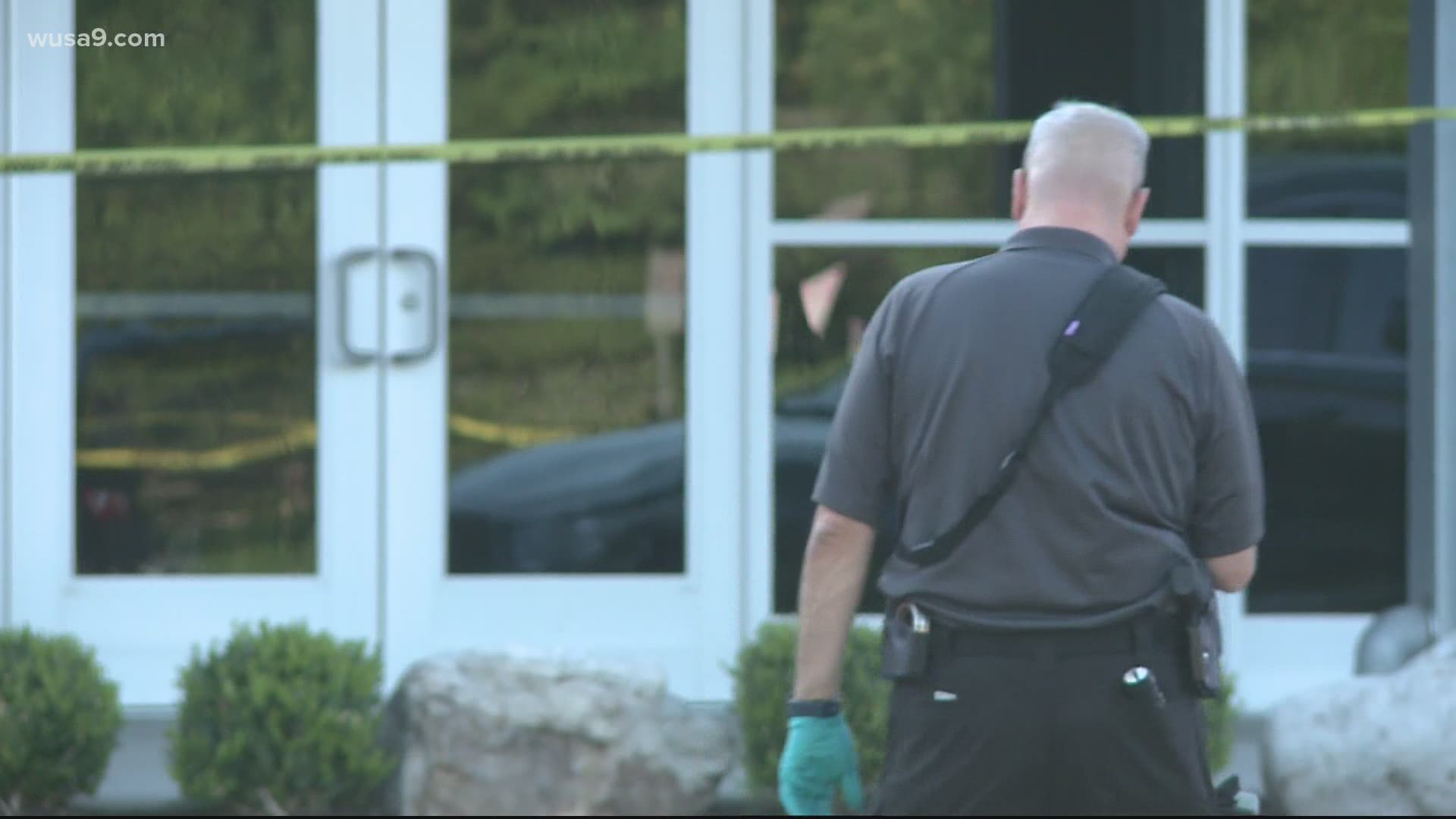 FAIRFAX COUNTY, Va. — A stabbing at a Chantilly church left multiple people injured after a man in a group event at the church allegedly went after the pastor who was in charge of the bible study.

The stabbing happened around 3 p.m. Saturday at the Grace Covenant Church. Two members of the church stepped in the way of the attacker who was going after the pastor, said the Fairfax County Police Department and Grace Covenant.

The members who came to the aid of the pastor, and the pastor themself, were injured. Both a church member and the pastor were taken to Reston Hospital with nonlife-threatening injuries, with another member injured but did not go to the hospital.

Congregation members and Fairfax County Police Chief Edwin C. Roessler helped restrain the suspect, 32-year-old Chance Harrison from South Riding, and were able to pull him away from the pastor without major injury.

Harrison was taken to the Fairfax County Adult Detention Center and has been  charged with two counts of aggravated malicious wounding, one count of felony assault on a police officer and one count of misdemeanor assault.  He is currenly being held without bond.

Chief Roessler suffered minor injuries subduing Harrison but is expected to be okay.

Brett Fuller works at Grace Covenant Church and said they are thankful for those who helped restrain Harrison.

"We are in prayer for all the injured," Fuller said. "We are grateful for the courage exhibited that prevented worse from happening. Lastly, we want to thank the broader community for their outpouring of concern and support in this time."

Chantilly church stabbing:@FairfaxCountyPD taking pictures of the car parked at the entrance of Grace Covenant Church.

Suspect in custody. Pastor and other person who stepped in to help both recovering at hospital and expected to be okay. @wusa9 pic.twitter.com/tsLolHNRbc

Credit: Fairfax County PD
Chance Harrison, 32, of South Riding was charged with two counts of aggravated malicious wounding, one count of felony assault on a police officer and one count of misdemeanor assault.

The stabbing occurred on the same day the church held a special class and bible study for their members.

"People who are baptized, people who want to become members and people who want to strengthen their faith are offered these classes," said member Catherine McGuire. "They talk about biblical foundations and what the church stands upon. It gives opportunities for people to share their coming to faith or their interests in the gospel.”

After learning of the developments, news of the crime was tough to believe for members of the church who spoke to WUSA9.

"The people are very friendly and very nice, especially the pastor," said one woman. "It’s really scary. This doesn’t have to happen in church. This is my congregation and I’m very sad.”

Other members thanked the police officer for stepping in to help during the crime.

"He put himself in the way of harm in order to protect people and do his job," said McGuire.

You can learn more about Grace Covenant Church here.

(The name of the church in the below Tweet by Fairfax County Police is incorrect. The church's name is Grace Covenant Church.)

RELATED: Double shooting shuts down lanes on I-295 in Southeast DC; police searching for suspect

RELATED: VA trooper under investigation after video shows him dragging Black driver out of his car by the neck