Man killed in fuel tanker crash that caused a fiery blaze on I-70 near Mt. Airy

The driver of the truck, identified by police as 57-year-old William J. Costigan of Damascus, Maryland, was pronounced dead on the scene. 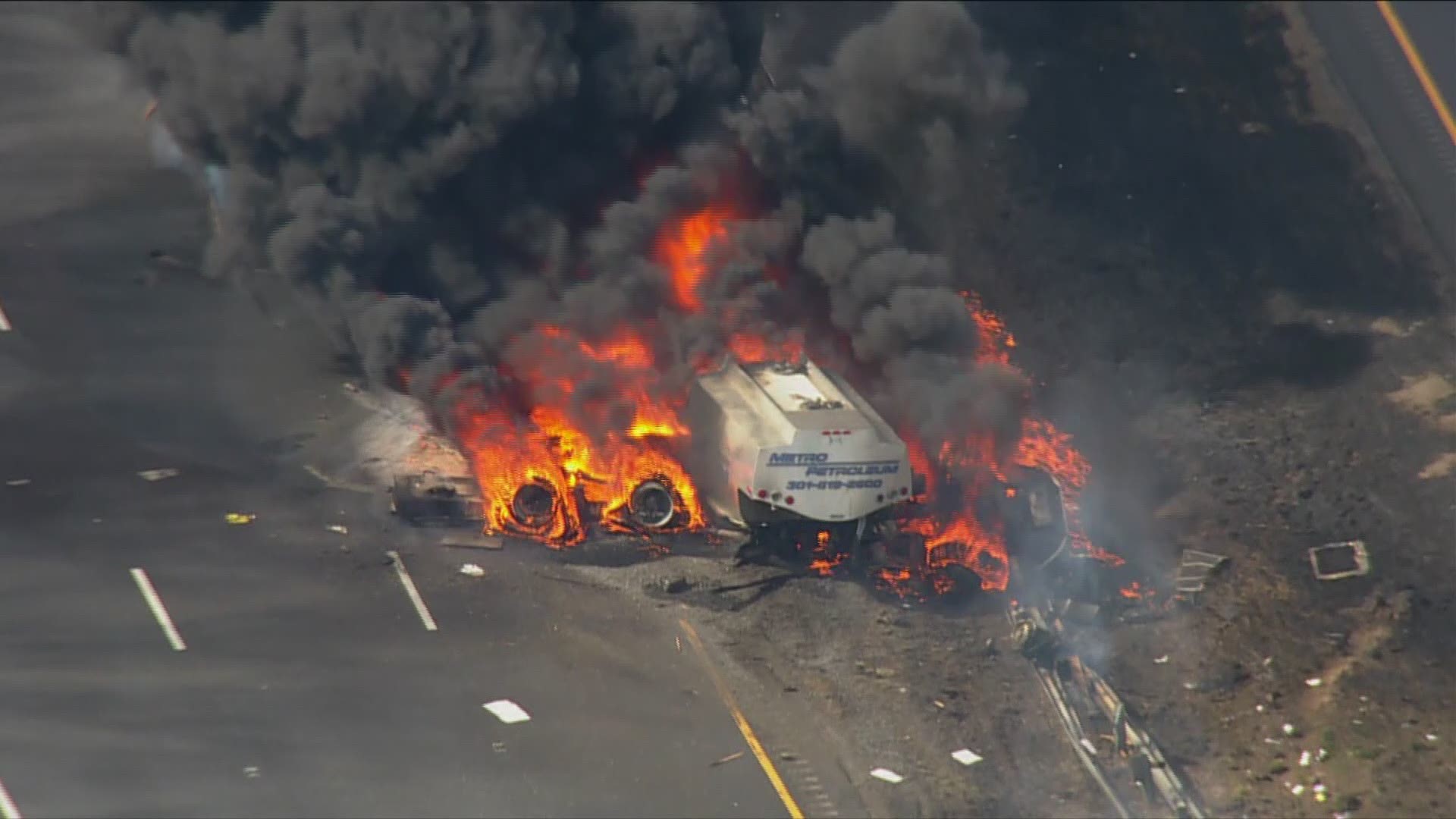 FREDERICK COUNTY, Md. — One person is dead after a fiery crash Tuesday involving an overturned fuel tanker on I-70 that shut down all lanes in the area of a rest stop near Mt. Airy, according to Frederick County Fire and Maryland State Police.

Officials with Frederick County Fire said its department responded to the crash that happened around 2:30 p.m.

Officials have said the fire is now out, but pictures and video from the scene show a fiery blaze that could be seen from I-70 earlier in the afternoon.

Maryland State Police is handling the investigation of the crash. In a release Wednesday, MSP said the tanker went off the left side of the road, into the median, overturned and caught fire. Investigators say it's still unclear why the truck left the road.

The driver of the truck, identified by police as 57-year-old William J. Costigan of Damascus, Maryland, was pronounced dead at the scene of the crash.

All lanes of I-70 were closed for hours due to the truck fire. There were no other injuries reported.

The cause of the crash remains under investigation. Additional details were not immediately available.

RELATED: Brush fires impact Arlington and DC amid dry weather in the region

RELATED: DC Fire: Smoke in downtown DC coming from fire at high-rise under construction in Northwest