DC Fire: Smoke in downtown DC coming from fire at high-rise under construction in Northwest

As of 4:20 p.m., officials say they have the visible fire knocked down and are working on hitting hotspots. 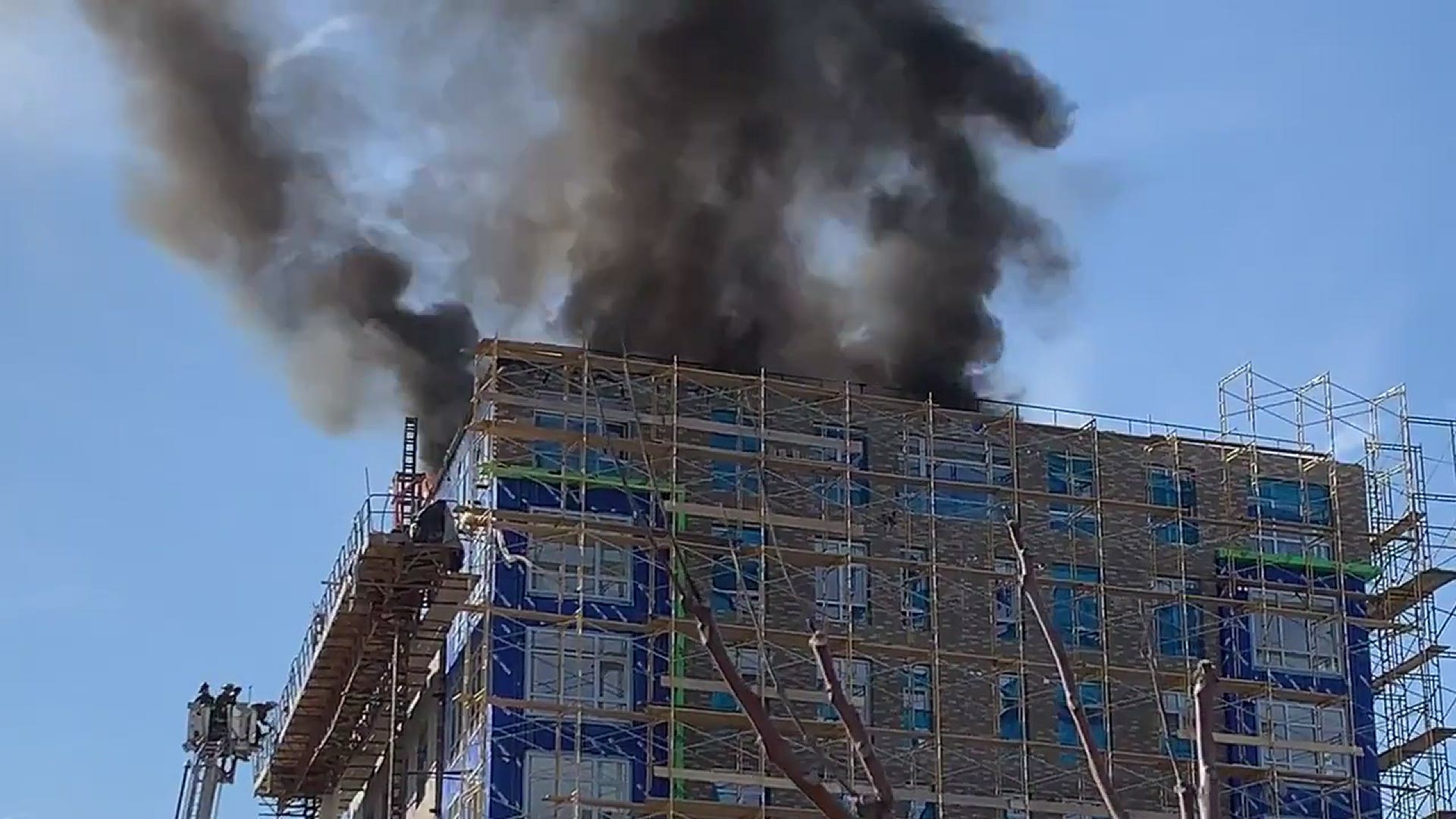 WASHINGTON — D.C. Fire and EMS officials are currently working to put out what is described as "heavy fire and smoke" coming from the roof of a multi-story building under construction in Northwest.

According to authorities, the fire started just before 4 p.m. Tuesday afternoon at a building off of 3rd & I Streets in Northwest. D.C. Fire & EMS officials said they have reached the roof of the building and are engaged in attacking the fire, as conditions are improving.

As of 4:20 p.m., officials said to have all visible fire knocked down and are hitting hotspots. D.C. Fire said the fire is confined to the roof of the building with no downward extension.

There are no injuries reported, officials said. Officials are urging individuals to stay away from the area as crews are still working to put out the fire.