Carol Mills was on her way to Florida with her daughter when she watched the pedestrian bridge on DC-295 crash. 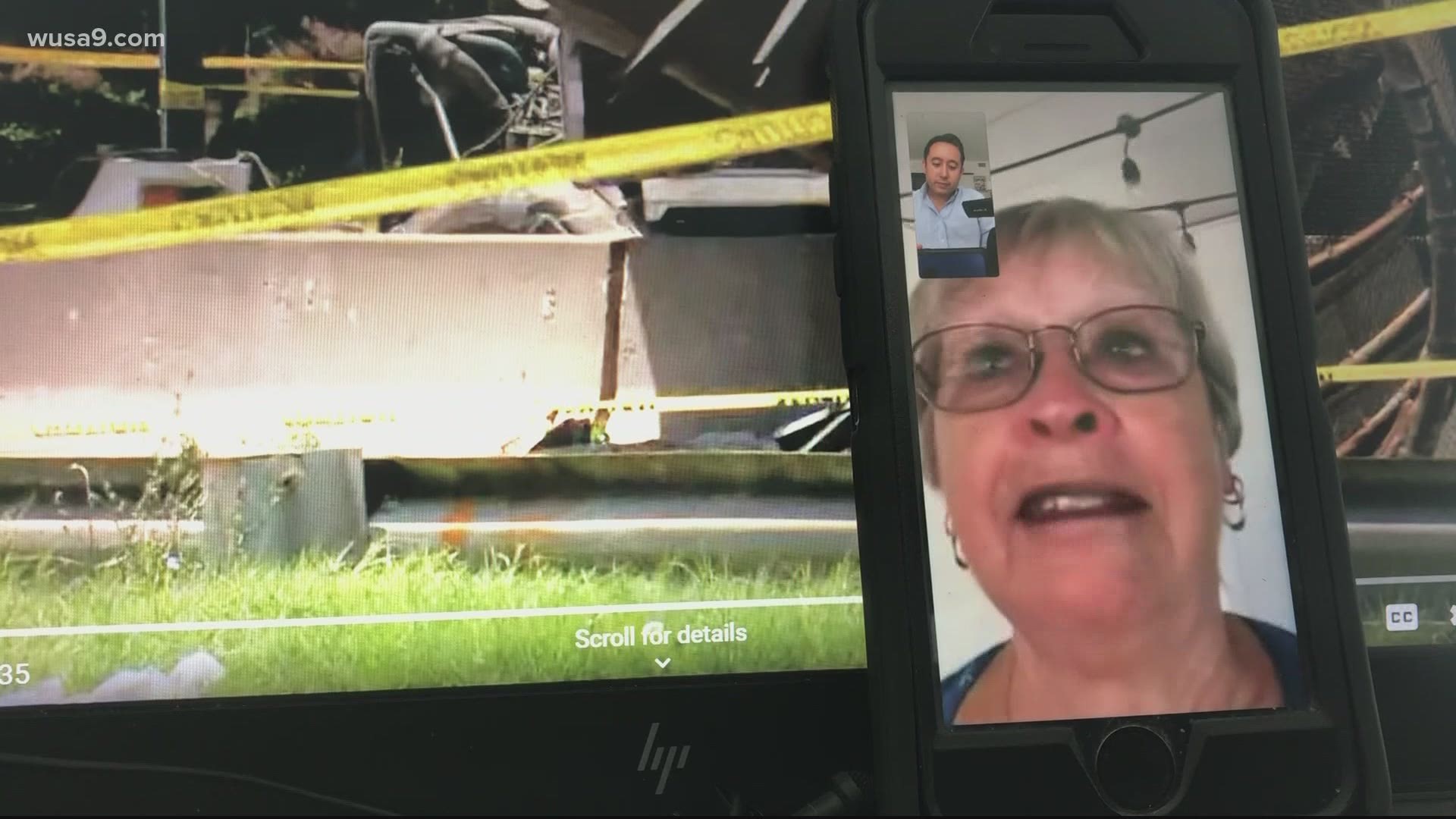 That was the shortest prayer Carol Mills said in her life. She only had time to say those two words before a bridge came crashing down on her Honda Accord.

Mills and her daughter Michelle Leone were traveling to Florida from Erie, Pennsylvania last Wednesday to move into her new home when they were stopped in their tracks, literally.

It was just before noon when police said a large pedestrian bridge on DC-295 near the Nannie Helen Burroughs Avenue exit collapsed. The truck driver forgot to lower the subframe when it collided into the bridge, according to a police report.

Mills was driving right behind the truck and described the incident like a scene from a movie.

“You saw the front of the truck raise up, it burst through the bridge and it looked like the truck was going to flip over backwards,” she said. “It reminded me of one of those Transformer movies where the vehicle just turned into a robot.”

Mills remembered hearing a huge thud and feeling the car being slightly jerked around. Once the dust cleared, she and her daughter found the car to be stuck in between two vehicles, including the truck. The bridge was resting on the hood with the ‘Benning Road’ sign sitting just inches away from the windshield.

The passenger door on the driver's side of her car was smashed in. Mills had to crawl to the other side of her car to get out.  Mills said if the truck landed down the center of the road, she and her daughter likely would’ve been seriously hurt or killed.

The deputy mayor for public safety said five people were transported to the hospital for non-life-threatening injuries. Mills and her daughter were checked for any fractures or broken bones, but both left that same day with slight bruising.

Despite the experience, it wasn’t the incident that left the biggest impression.

“The caring nature is what impressed us the most,” Mills said. “There were all different kinds of people -- black, white, brown -- and it made no difference. The compassion and the caring that everyone showed us is what stayed in our minds and how people went out of their way to be helpful.”

When the mother-daughter duo was discharged from the hospital, one woman even volunteered to drive them to Enterprise Rent-A-Car. Mills was also impressed with the rental store’s team for staying long past their closing time.

Freddy Coello was driving his black truck when he tried to frantically brake. His truck crashed into Mill’s car.

“I pushed the brake all the way,” he said on the day of the incident. “I was just thinking, I'm going to die.”

DC’s Department of Transportation has not provided a timeline if and when the bridge will be reconstructed.

RELATED: Collapsed bridge was in 'poor condition' and recommended for replacement before truck brought it down

The bridge had been declared in "poor condition” per a report from the bridge inspection in February. An engineer said city officials should consider its eventual removal.