The driver of the truck remains in the hospital in stable condition, according to his brother. 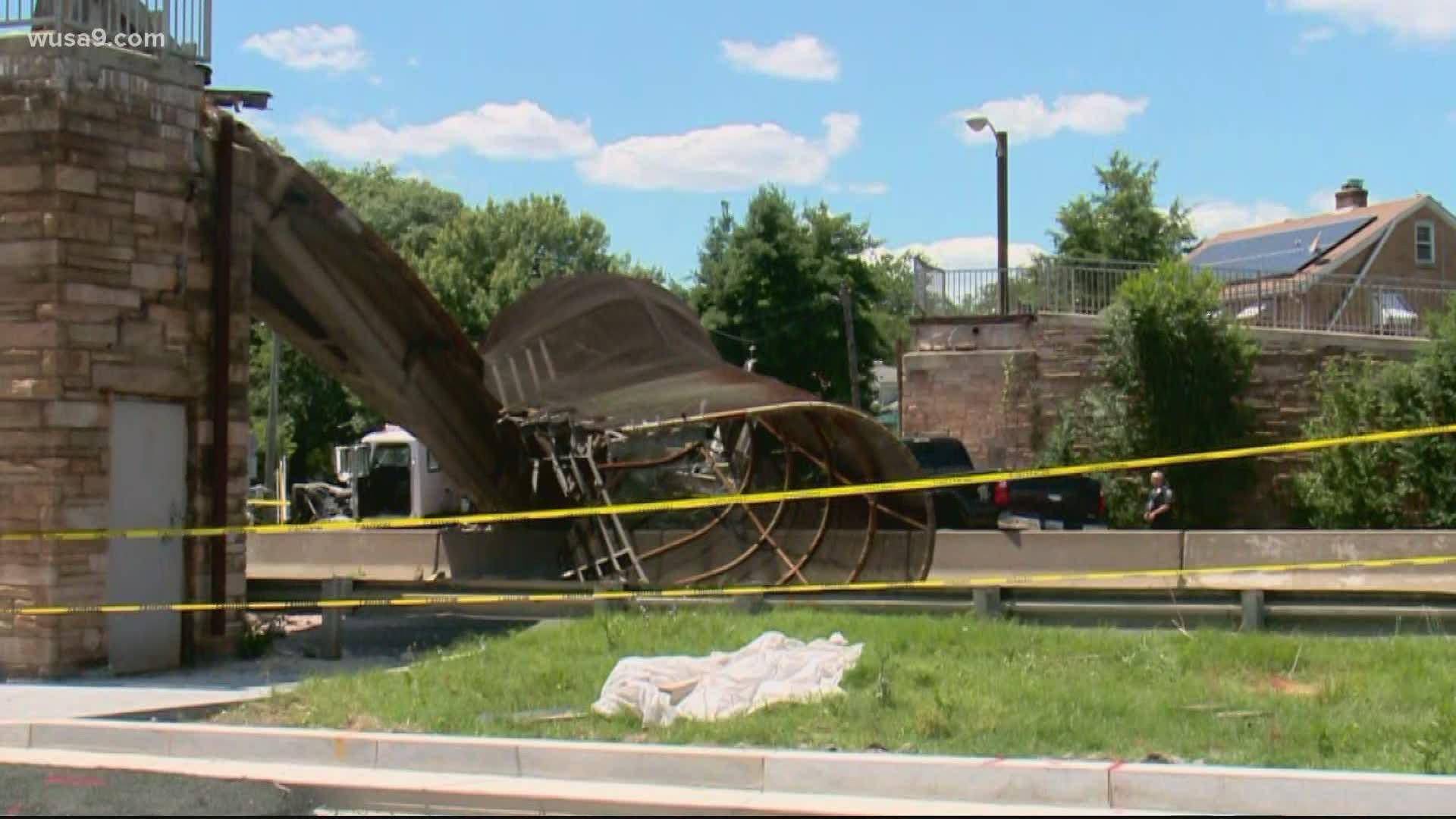 WASHINGTON — The brother of the truck driver involved in the pedestrian bridge collapse in Northeast, D.C. said he does not believe his brother is at fault, but a police report suggests otherwise.

A report from the Metropolitan Police Department said a truck driver was traveling south on DC-295 near the Nannie Helen Burroughs Avenue exit before noon on Wednesday. The driver, identified by his brother as 50-year-old Frank Soriano, left a nearby concrete plant and forgot to lower the vehicle's subframe, according to the report.

The subframe hit the pedestrian bridge, which caused it to partially collapse on top of the truck, per police.

Three other vehicles driving through were either damaged or destroyed in the crash. The deputy mayor for public safety reported five people had to be sent to the hospital, including Frank Soriano.

"My brother is doing okay and he's in stable condition," Miguel Soriano told WUSA9. "I really cried because he's my only brother."

Frank Soriano has owned his company Frank's Scrap Metal in Silver Spring for three years. Miguel Soriano said Frank Soriano has driven down the highway on many occasions, and felt confident his brother was not responsible for the crash.

"I wasn't there but he's not a rookie," Miguel Soriano added. "It wasn't his fault."

A video posted on YouTube by Raphael Williams captured the bridge crash on 295 through a dashcam. It appeared to show the front part of the truck including the hood lift up in the air before the bridge partially collapsed.

Also known as Bridge 66, D.C. Deputy Mayor for Public Safety Chris Geldart said it "was inspected in February 2021 resulting in a May 25 inspection report giving the bridge a rating of poor condition (A number 4 rating)."

This update comes after Mayor Muriel Bowser said the bridge was structurally sound early on Wednesday after the incident, a misstatement that now has been admitted by her office.

You can view the bridge condition of any highway system here.

The bridge collapse is concerning many neighbors who rely on it to move across the highway including Rosalyn Lake, a nearby teacher.

"I know with the city being open, our youth needs to get to places and our parents need to get to work," Lake said.

She also watched the bridge collapse but from afar.

"It was very scary and it was super loud," she said.

The other victims included a woman and her mother as they were on their way to Florida. The woman's son said they only had minor bruises and were already released from the hospital.

The other victims included a woman and her mother as they were on their way to Florida. The woman's son said they only had minor bruises and were already released from the hospital.