No word from DDOT on collapsed bridge repair timeline, transportation help for neighbors

Some neighbors say they now have no easy way to access certain transportation, even get groceries. 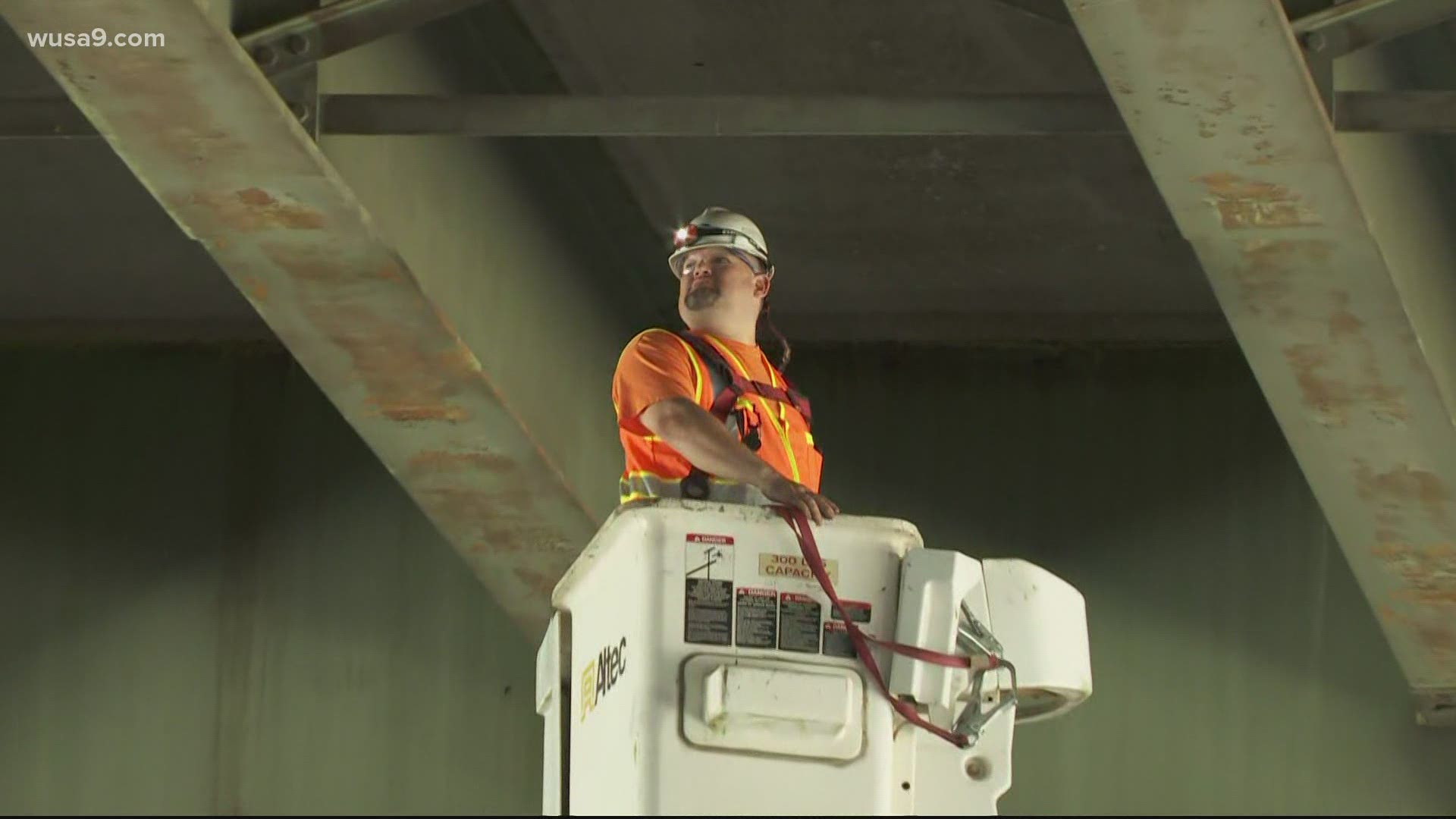 WASHINGTON — Days later, there's still no word from DC's Department of Transportation on when the bridge will be reconstructed and if they'll offer transportation help to neighbors left without easy access to the other side of Ward 7.

When WUSA9 reached out to DDOT Friday about the above questions, a spokesperson would only say, "we're working on it."

“I'm very shocked considering the impact that it has on multiple communities in the area," Advisory Neighborhood Commissioner 7B06, Kelvin Brown, said.

The bridge near the corner of Lane Place NE and Kenilworth Ave NE collapsed Wednesday after a truck rammed into it.

Brown said the bridge collapse is like a clamped artery for some neighbors.

“This pedestrian bridge is the lifeblood through which they travel to doctor's appointments, travel to get groceries at the only grocery store in the area -- Safeway," he said.

For others, it's how they walk to and from the Deanwood Metro station on the other side of 295.

RELATED: Collapsed bridge was in 'poor condition' and recommended for replacement before truck brought it down

Just asked @DDOTDC for a timeline for bridge reconstruction & what transportation help neighbors will get who now can't access the Deanwood metro.

They said "we're working on it." Immediately, they suggest using another bridge down the street. @wusa9https://t.co/HeADPYp5ub

Renisha Barnes' family had to take a detour from the Deanwood station Wednesday. They're staying in the Kenilworth neighborhood for vacation.

“A 15 minutes walk with four kids and three adults--with suitcases!" she said.

As an immediate solution, a DDOT spokesperson suggests using one of the other pedestrian bridges along the avenue to get across 295, like the one at Douglas Street NE.

Brown said there are not enough sidewalks to make that a safe alternative -- especially for elderly neighbors.

“I'm literally about to jump out my chair and probably out the window," he said. "Making sure our neighbors have access to safe, efficient transportation is just a nonstarter.”

Councilmembers like Mary Cheh, who is head of the Transportation Committee, and Christina Henderson have also written to DDOT, pushing for an investigation and solutions.

Henderson sent WUSA 9 a statement Friday that reads, "Our top priority must be ensuring residents that do not have the luxury of a vehicle or time to wait for a Metrobus are able to safely cross 295. In addition to providing daily access to general services, a path to work, and the Deanwood metro, this pedestrian bridge was crucial to ensuring safe passage to and from school campuses. In-person learning will resume this Fall and we must prioritize a safe, accessible, convenient route for students and school communities who rely on the ability to frequently cross a busy freeway. I look forward to a prompt response from DDOT and the Deputy Mayor for Public Safety and Justice to my inquiry sent early this morning. I hope to learn the cost of replacing the collapsed pedestrian bridge, alternative forms of transportation offered while replacement plans are made, and status updates for the pedestrian bridge at Kenilworth Ave & Lane Place.”

Councilmember Cheh also encouraged DDOT to enhance their inspections on other bridges, writing, "At the same time as you conduct this investigation, I also encourage you to enhance your ongoing work to inspect, maintain, and repair or replace the many bridges maintained by the agency. Yesterday’s events made clear the great harm caused by a bridge failure—even one meant for people, not cars—and it is essential that we do all we can to avoid a similar bridge failure in the future."

Brown said the issue is systemic, sharing pictures of potholes and a rundown bus stop he's been trying to get DDOT to fix.

“For the longer term, I think that we need to really put together a policy plan that addresses all of the different maintenance on projects, and our most hard-hit areas and our most underserved communities," Brown said.

He hopes the collapse serves as a wake-up call.