In exchange for his re-sentencing, Calvin Bright has agreed not to sue the District, according to his lawyer. 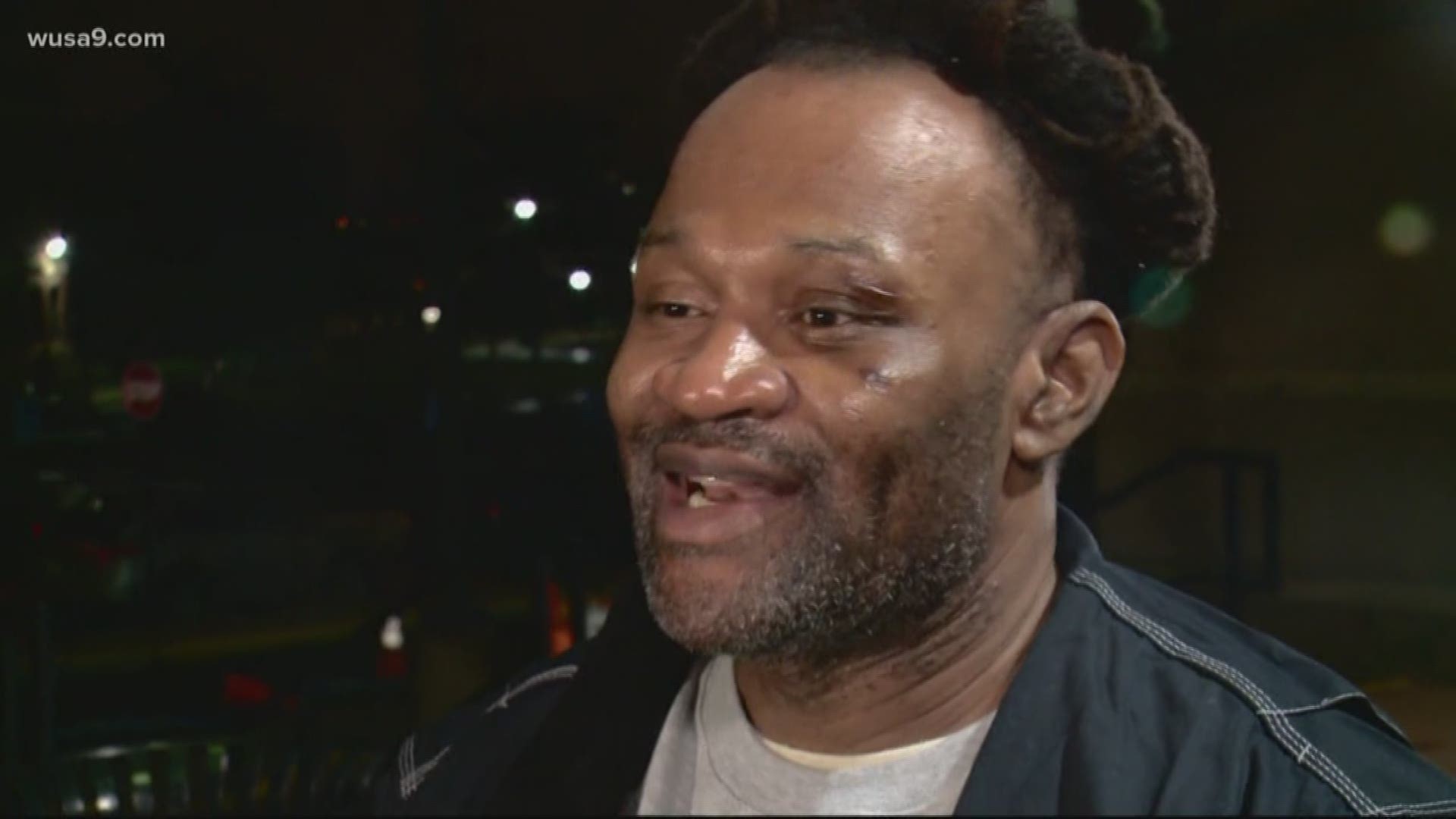 WASHINGTON — Calvin Bright, 49, spent 25.5 years of his life behind bars, but on Wednesday, the Washington man was granted a second chance at life.

"I'm just ready to move on with my life," Bright said, at his re-sentencing hearing Wednesday in D.C. Superior Court.

Bright's Attorney, David Benowitz, says evidence that could have changed Bright's conviction was not disclosed to Bright's defense team.

"About two years ago, so approximately 23.5 years after Mr. Bright was originally arrested in this case, there was a disclosure made by the United State’s Attorney's Office that essentially said we found this note in…the file maintained by homicide detectives who were investigating the case originally that named another suspect, not Mr. Bright," Benowitz said.

"That information was never disclosed before. It had not been disclosed to Mr. Bright’s original trial counsel. It was not disclosed to myself or anyone on our team, and we started representing Mr. Bright in post-conviction litigation in 2007."

That note is the crux of why, a quarter-century later, Bright will be released.

The letter, shown below, was written in 1994, but not seen by Bright's legal team until 2017, according to Benowitz. In the letter, a suspect called "Catman" is named as a person of interest in the double murder that Bright was convicted of in 1995. "Catman" was allegedly picked up by police at Bladensburg Road and Levis Street, NE, but "had used too much dope and began to believe he was god."

Credit: David Benowitz
This note was written from one police officer to another in 1994 during the double murder investigation. Benowitz says his team was made aware of the notes existence about two years ago. The note indicates that there was an additional suspect who was described by a witness as the 'Catman.'

Since the discovery of the note, and another two years of additional litigation regarding the note, Benowitz said Bright and the U.S. State's Attorney's Office reached a settlement.

He was originally sentenced to 65 years to life, according to Benowitz.

Now his sentence will read "time served." Bright is anticipated to be released Wednesday night.

Tammy Peay and William Ramsey were murdered on July 24, 1994 near Central Place and Gallaudet Street NE, according to District of Columbia Court of Appeals records.

An eyewitness said he saw Bright hold and shoot Peay in the head, according to court of appeals records. Another eyewitness said Bright fired "three or four shots at Ramsey and then rode away on a bike."

In July 1995, Calvin Bright was convicted by a jury of two counts of first-degree murder while armed and carrying a pistol without a license, records say.

Within a month, on August 19, 1994, Bright filed an appeal, according to D.C. Superior Court records.

His appeal would be litigated for more than 25 years until it came to a close Wednesday. Benowitz has represented Bright for 12 of those years,

In exchange for his re-sentencing, Bright has agreed not to sue the District, according to his lawyer.

Bright will also be on probation for five years. He is 15 credits short of getting an associate's degree and is interested in pursuing a career in criminal justice, according to Benowitz.

"Take advantage of this opportunity," Chief Judge Robert Morin said to Bright as he was getting ready to walk out of D.C. Superior Court one last time.

For a man who spent 25 years behind bars, Bright has a remarkably positive attitude. He doesn't hold any grudges, and said he realizes that the judicial system isn't perfect.

"I always stated that I was innocent of this crime, and now the day has finally come when I’m out here," Bright said moments after walking out of the D.C. jail. "So now I can do something about the next person that winds up in the predicament that I went into."

Bright said he plans to pursue a degree in criminal justice and hopes to one day open an investigation firm, as his case has made him realize the importance of a great investigation team.

But the first thing Bright said he's going to do when he gets home is simply hug his mom.