Momolu Stewart served 22.5 years of a life sentence for murder. He has been released under the Incarceration Reduction Act of 2016. 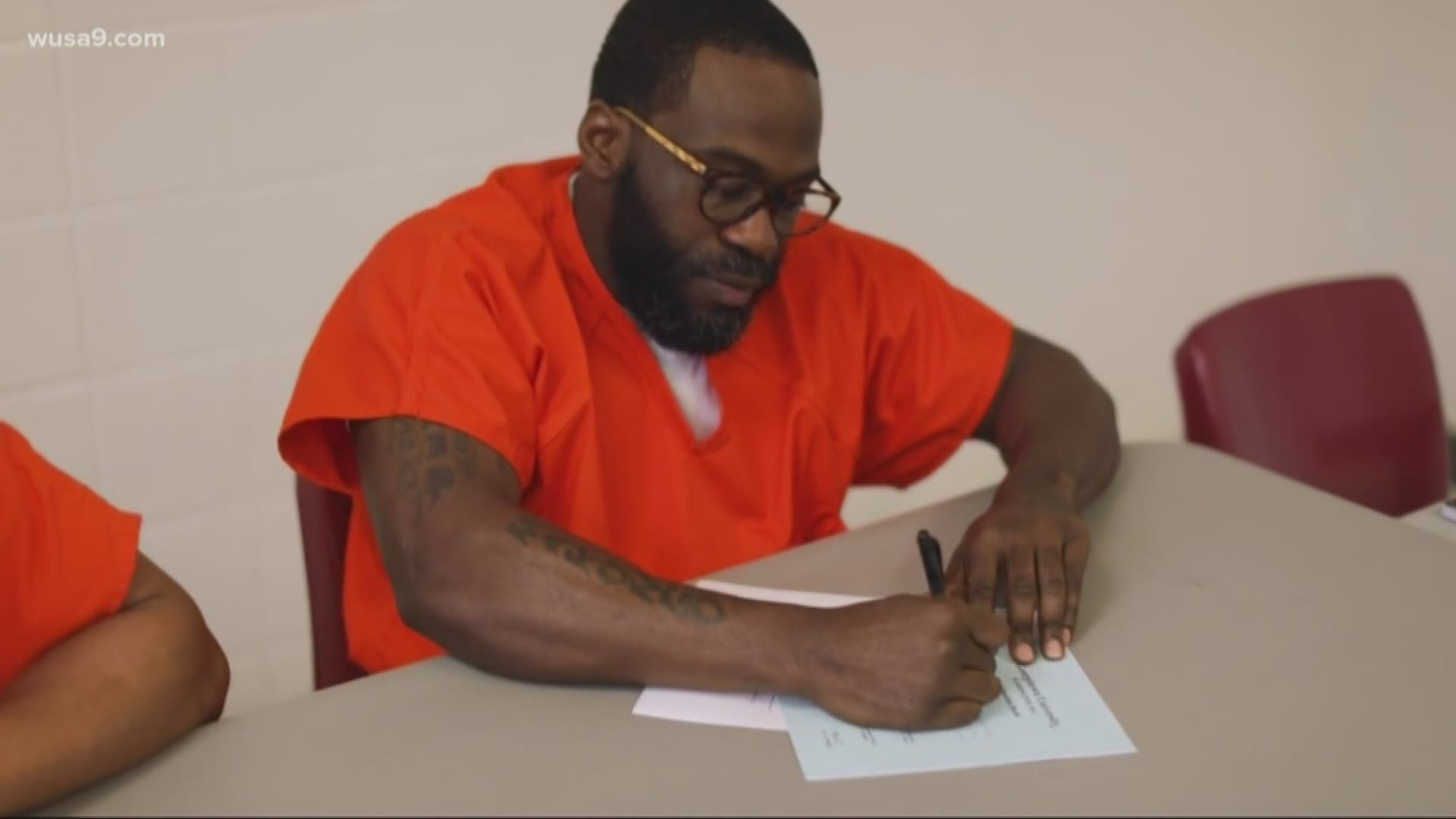 WASHINGTON — A D.C. inmate who was sentenced to life in prison for murder at the age of 16 is now free with the help of Kim Kardashian-West.

Momolu Stewart, 39, was expected to spend the rest of his life behind bars. But after filing an appeal under D.C.'s Incarceration Reduction Act of 2016, he is a free man.

According to Kim Kardashian's support letter, Stewart and his friend Kareem McCarney shot and killed a young man. They were both indicted on a murder charge, tried as adults and given life sentences.

Under the Incarceration Reduction Act of 2016 (IRAA), violent offenders who committed a crime before the age of 18 and have served at least 15 years of their sentence can petition for a re-sentencing trial. In order to do so, the defendant has to show proof that they have been rehabilitated.

Stewart's lawyer spoke with WUSA9 and told us they filed a motion under the new law in February 2019. Then, after a response from the government, they replied back with a briefing for June 2019. The lawyer said that Stewart was introduced to Kardashian-West that summer, while she was at a D.C. jail filming a documentary.

The two were acquainted through a professor from Stewart's Georgetown University Prisoner's Scholar Program. After having the chance to talk to each other and spending the day together, Kardashian-West decided to write a letter of support on his behalf.

Stewart's lawyer said during his time in prison he earned his GDE, took many classes, received college credit through the Georgetown Prison's Scholar Program, and mentored younger men through an emerging initiative.

Kardashian-West's letter was one of 40 other petitions comprised of family, friends, and members of the community that supported Stewart's motion for early release under the IRAA.

Kardashian-West wrote in her letter, "I believe he is truly deserving of this opportunity. Being locked up since he was 16 years old, Momolu is a genuine example of the transformation that can take place when a person commits their life to personal atonement and helping to lead others to their own redemption."

Stewart's lawyer said that after his release, Momolu's main focus is to reconnect with his family and search for employment. She also told us he is a very artistic person and hopes to establish himself in the rap industry.

RELATED: From behind bars to spitting bars: DC man turns life around through music

RELATED: Get out of jail free? Bondsmen warn of uptick in crime as prosecutor vows to stop demanding bails