Brown, 31, says she was a teenage sex-trafficking victim when she killed a Nashville man in 2004. Kim Kardashian West, Rihanna and others lobbied for her release. 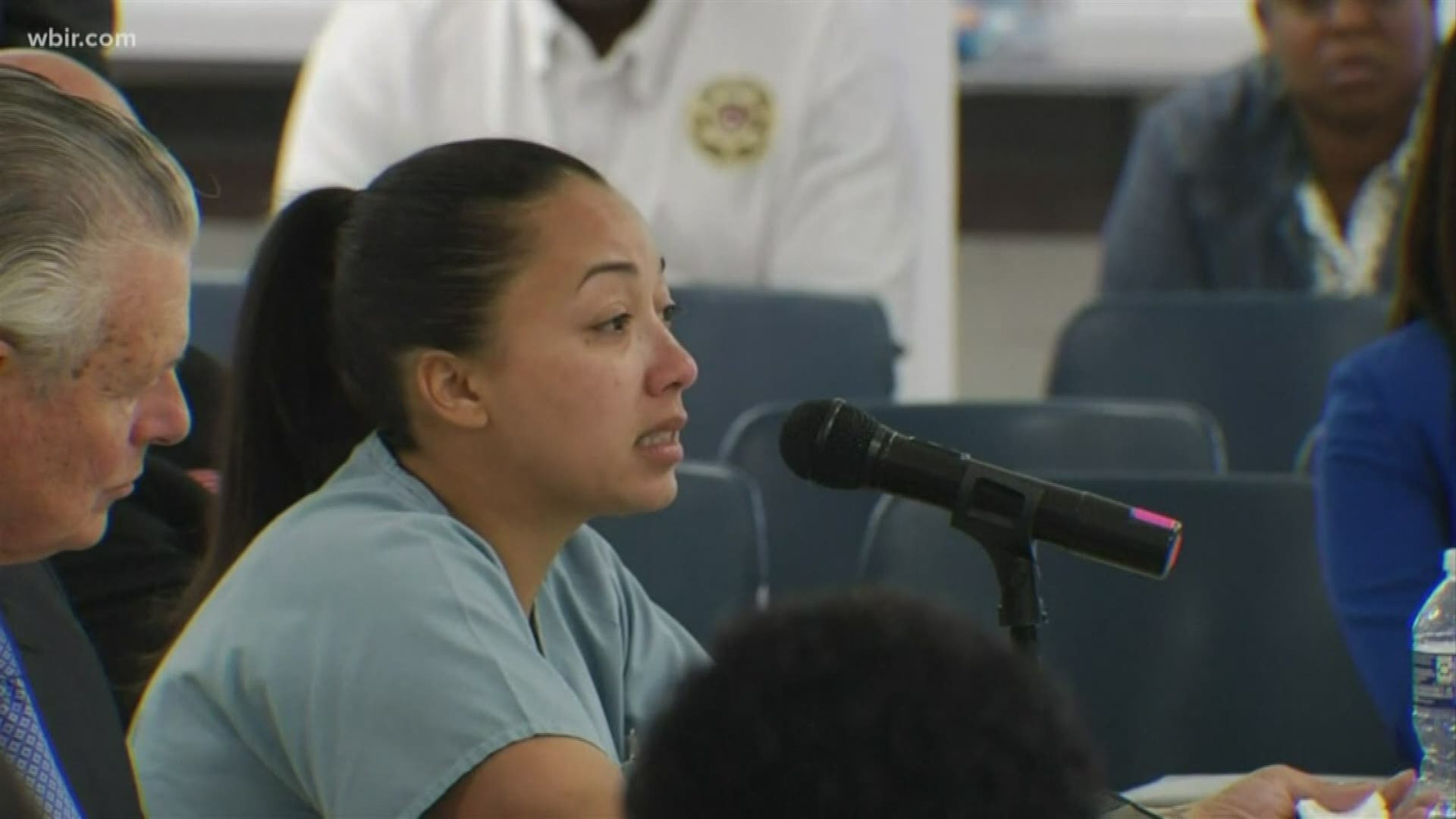 NASHVILLE, Tenn. — Cyntoia Brown, championed by celebrities as a symbol of unfair sentencing, was released early Wednesday from the Tennessee Prison for Women, where she had been serving a life sentence for killing a man who had picked her up for sex at 16.

Now 31, Brown will remain on parole for 10 years, on condition that she does not violate any state or federal laws, holds a job and participates in regular counseling sessions, Haslam's commutation says.

Brown released a statement Monday saying she wants to help other women and girls suffering sexual abuse and exploitation.

She also has a memoir coming out in mid-October and has gotten married, according to Yona Deshommes, associate director of publicity for Atria Books, her publisher. A news release about the book lists her name as Cyntoia Brown-Long and mentions an "unlikely romance." The publisher and one of her attorneys declined to discuss further details of her marriage.

"I thank Governor and First Lady Haslam for their vote of confidence in me and with the Lord's help I will make them as well as the rest of my supporters proud," she wrote.

Credit: AP
In this May 23, 2018, file pool photo, Cyntoia Brown, smiles at family members during her clemency hearing at Tennessee Prison for Women in Nashville.

Her attorneys said she's requesting privacy and transition time before she makes herself available to the public.

Brown was convicted in 2006 of murdering 43-year-old Nashville real estate agent Johnny Allen. Police said she shot Allen in the back of the head at close range with a gun she brought to rob him after he picked her up at a drive-in restaurant in Nashville to have sex with her.

The U.S. Supreme Court has ruled against life-without-parole sentences for juveniles. But the state of Tennessee argued successfully in lower courts that Brown's sentence was not in violation of federal law because she would be eligible for parole after serving at least 51 years.

Haslam said that was too harsh a condition for a crime Brown admitted to committing as a teen, especially given the steps she has taken to rebuild her life. She earned her GED and completed university studies as an inmate.

Brown met with prison counselors to design a plan for her release, which will include time in a transition center and continuing coursework with the Lipscomb University program, the state Department of Correction said in a news release.

In addition to her book, a documentary about her is set to be released this year, the nonprofit documentary film group Odyssey Impact and Daniel H. Birman Productions Inc. said in a news release earlier this year.

Brown ran away from her adoptive family in Nashville in 2004 and began living in a hotel with a man known as "Cut Throat," who forced her into prostitution and verbally, physically and sexually assaulted her, according to court documents.

Brown's lawyers contended she was a victim of sex trafficking who not only feared for her life but also lacked the mental capacity to be culpable in the slaying because she was impaired by her mother's alcohol use while she was in the womb.