Arrest made in Congress Heights shooting that left 2 dead

25-year-old Tarik Turner was arrest and charged with second degree murder in the death of Keosha Ferguson. 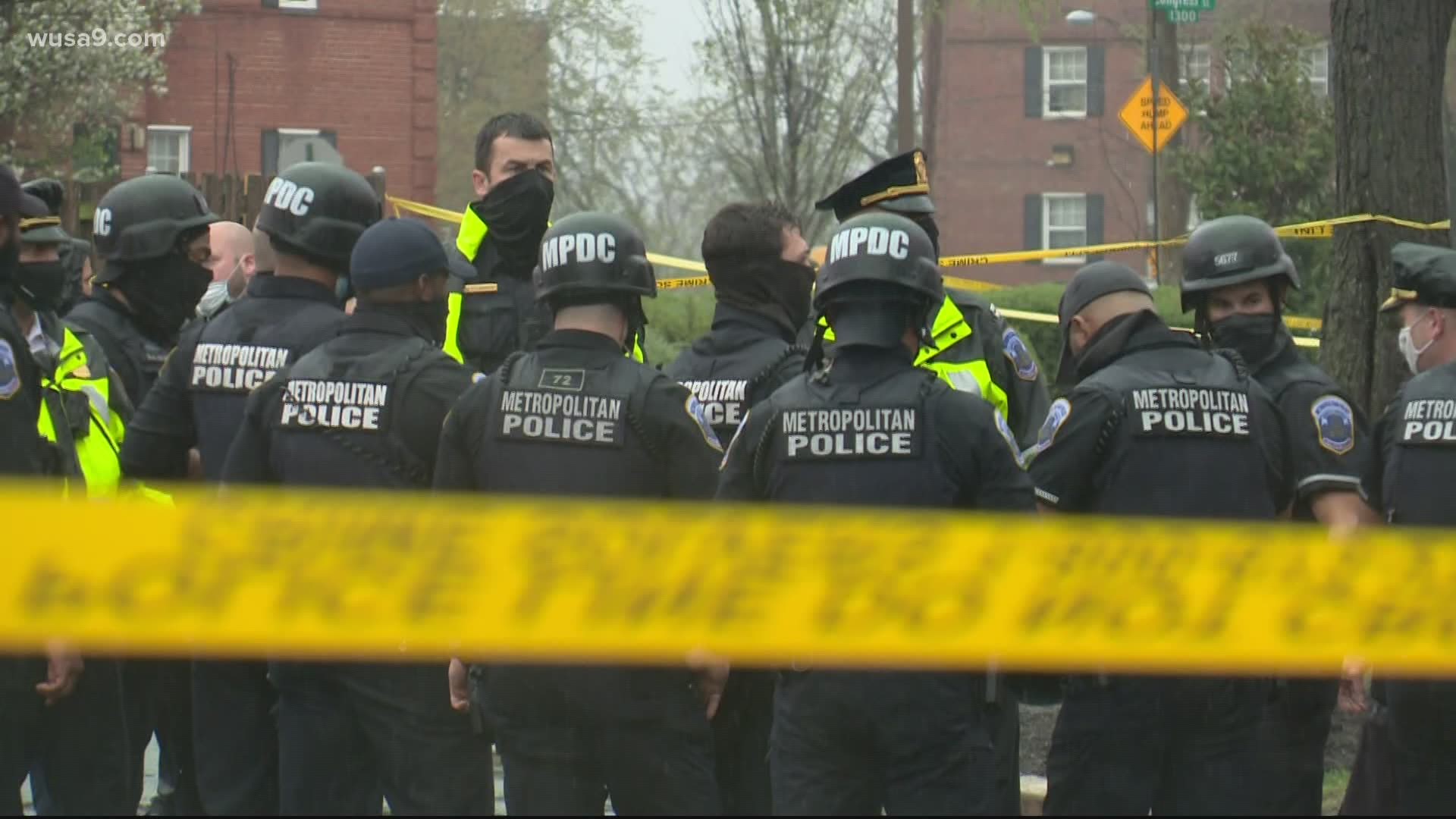 WASHINGTON — An arrest has been made in a quintuple shooting in Congress Heights last month, according to the Metropolitan Police Department.

Members of the Capital Area Regional Fugitive Task Force arrested 25-year-old Tarik Turner on Wednesday, and charged him with second degree murder in the death of Keosha Ferguson. Ferguson was one of two people killed in the shooting on March 31.

Once on the scene, officials said they discovered several victims suffering from gunshot wounds. Two people, identified as 25-year-old George Evans III and 28-year-old Ferguson, died on the scene from their injuries. Two others were transported to a nearby hospital with non-life-threatening injuries.

Another person who was shot walked to a nearby hospital for treatment of non-life-threatening injuries, a superior court affidavit identified this person as Turner.

A short clip from a live video of the murders posted to social media shows two people approaching the door of the home in the 1300 block of Congress St., SE. One person fights with someone next to a fence, while the other wrestles next to the steps to the home.

Then as the men walk up to the door, there’s a single shot heard in the video. It’s not clear where it’s coming from. The video shows people yelling, and then you hear multiple gunshots from what appears to be another weapon.

Police sources tell WUSA9 the second weapon captured on Shotspotter, according to the police report, sounded like it was fully automatic. There were so many rounds that they had to come from a high-capacity magazine, according to police.

The investigation is ongoing. Anyone who has additional information should call police at (202) 727-9099 or text your tip to the Department's TEXT TIP LINE at 50411.

RELATED: 'They died over nothing!' | Video shows chaos during mass shooting in Congress Heights