Three of those shot have non-life-threatening injuries, officials say. 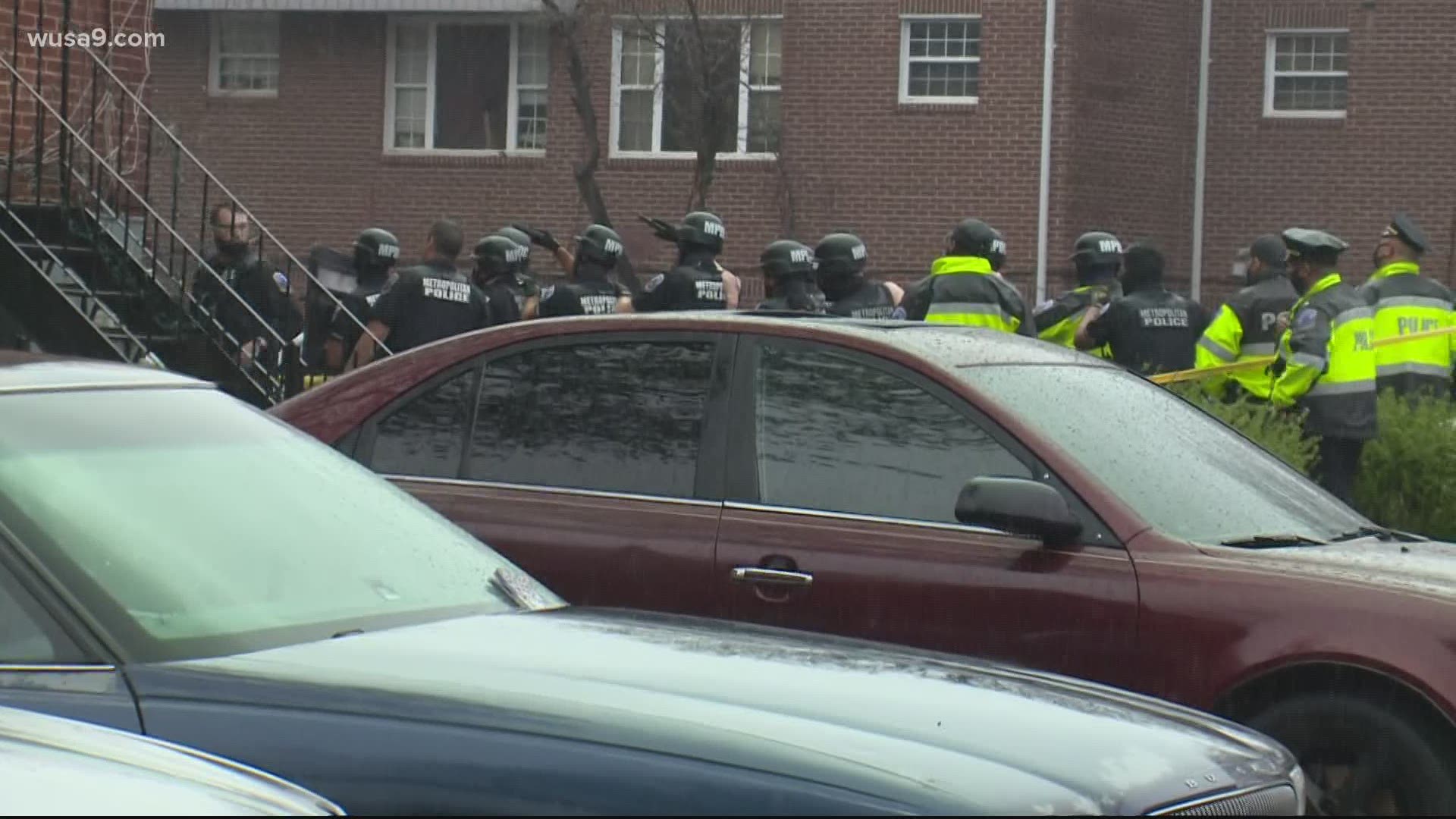 According to D.C. Police, the call came in just before 1:30 p.m. Wednesday afternoon for reports of a shooting in the 1300 block of Congress Street and Savannah Street in Southeast D.C. -- just a block away from the Congress Heights Metro station.

Once on the scene, officials said they discovered several victims suffering from gunshot wounds. Two people, identified as 25-year-old George Evans III and 28-year-old Keosha Ferguson, died on the scene from their injuries. Two others were transported to a nearby hospital with non-life-threatening injuries.

Another person who was shot walked to a nearby hospital for treatment of non-life-threatening injuries, D.C. Police Chief Robert Contee said during a news conference Wednesday afternoon.

"As a commissioner, honestly this is brutally toxic. Traumatized. Heartbroken," Congress Heights ANC Commissioner Shekita McBroom said in an interview with WUSA9.

Contee did not release any information on the suspect(s) involved but did tell WUSA9 that D.C. Police are not ruling out multiple suspects. There is a $25,000 reward for information on this case, police said.

RELATED: Woman shot quarter-mile away from where 5 people were shot in Southeast

A WUSA9 analysis of MPD crime data found the Congress Heights neighborhood has seen more than its share of violent crime over the past two years. During that period, the area within a quarter-mile radius of the shooting has seen 20 assaults with a dangerous weapon, 13 armed robberies and seven homicides before Wednesday.

Took a look at @DCPoliceDept data for gun crimes near the site of today's multiple shooting on 1300 Savannah Street. Over past 2 years: