The charges these protesters face resisting arrest, assault on a police officer and more. 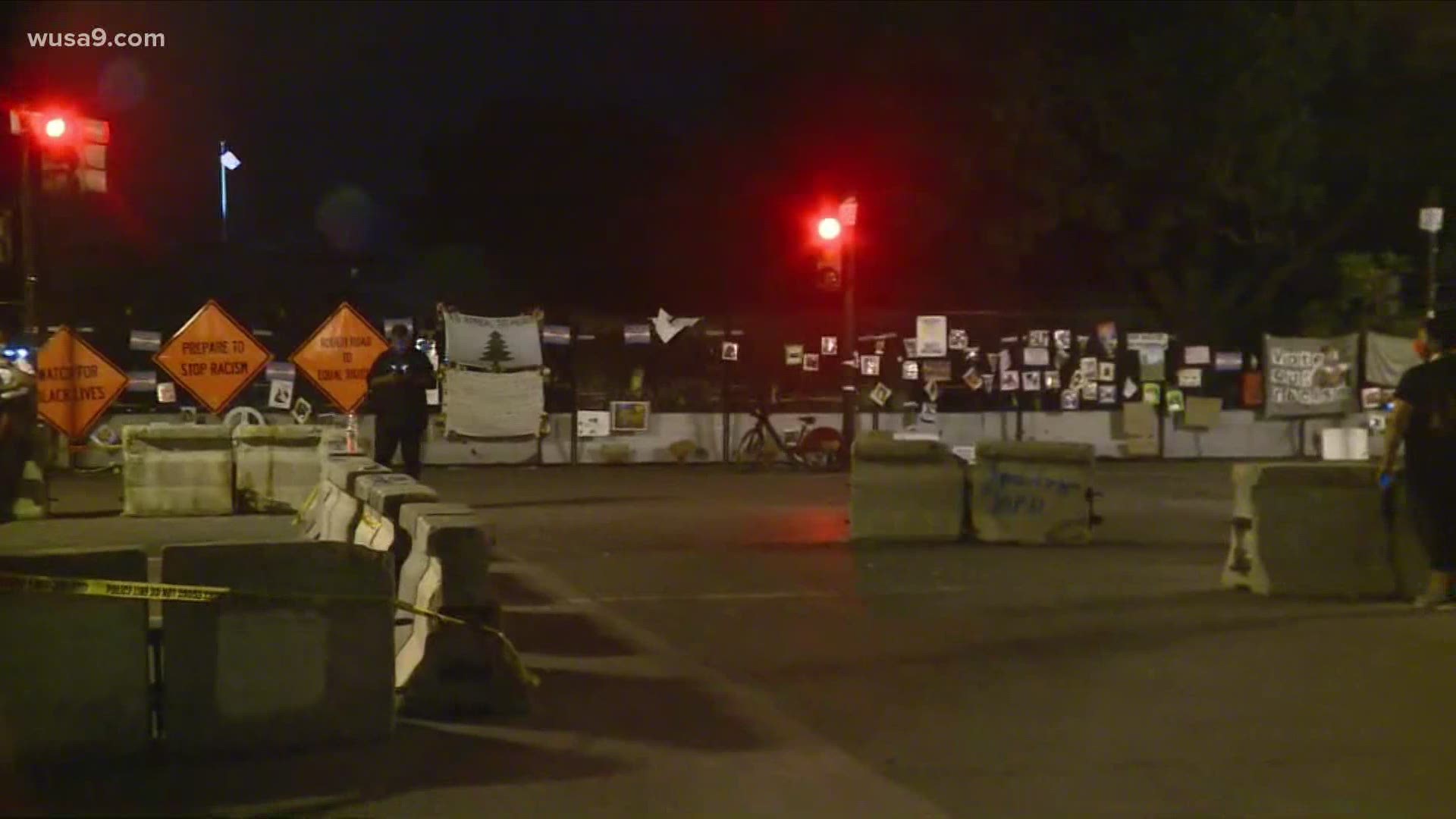 WASHINGTON — Eight people have been arrested in Black Lives Matter Plaza on a variety of charges following a clash with DC Police Tuesday evening.

Of the eight, five are charged with crowding, obstructing or incommoding.

DC Police said the arrests happened around 9:30 p.m. and there are still protesters in the area following the arrests.

More than six weeks of protests have been seen in the District following the death of George Floyd in late May at the hands of a Minneapolis police officer.

No further information has been released on the arrests of protesters Tuesday evening.

WSUA9 will continue to follow this story as more detail come in.

RELATED: DC, Baltimore considered the worst-run cities in the United States, but DC refutes it. Here's why

RELATED: After five weeks of unrest in the District, demands for justice continue