Demonstrators 'take back streets' to protest police aggression this week

DC Protests led a march Saturday in response to the U.S. Park Police and MPD's tactics to remove them from the Andrew Jackson statue. 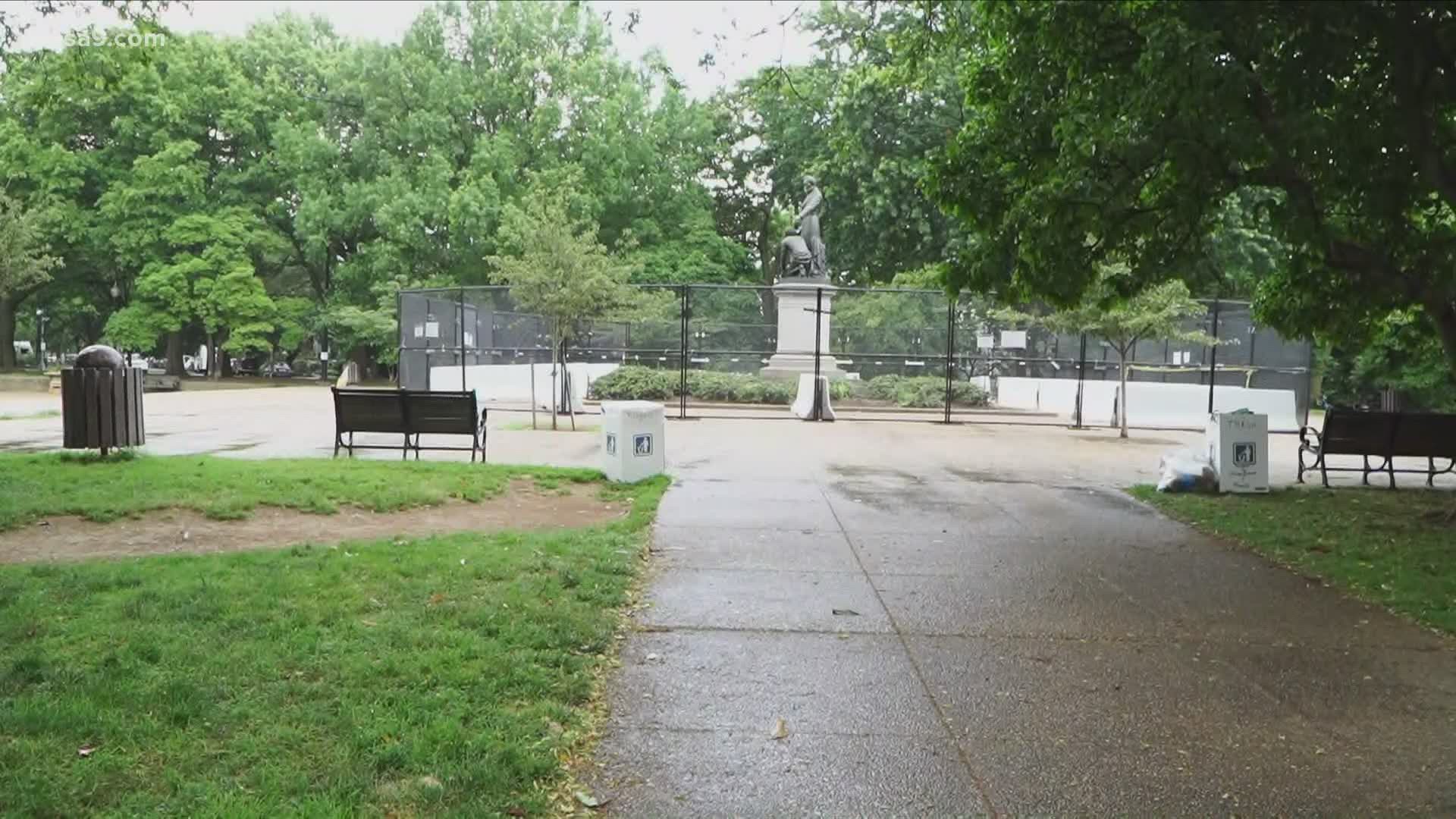 WASHINGTON — For weeks, the group DC Protests has been marching to defund the police — in their eyes, abolishing the department. This Saturday, organizers targeted the message against the aggression they said law enforcement used against them this week.

Tensions reignited Monday night, when a group of demonstrators tried to remove the Andrew Jackson statue in Lafayette Park, right in front of the White House.

U.S. Park Police and DC Police admittedly deployed pepper spray as they pushed them out of the park and into Black Lives Matter Plaza.

Co-founder of DC Protests, Justin Dawes, was in the crowd Monday and helped organize Saturday's march from Meridian Hill Park to Freedom Plaza.

“I actually got hit in the face with a riot shield. I got shot at with rubber bullets," Dawes said. "And they basically just attacked us citizens for no reason, and so that’s why we’re out here to take back our streets.”

Credit: Jess Arnold
A woman holds up a "Black Lives Matter" sign as she marches with the group DC Protests.

"The USPP used pepper spray to create space around the statue and establish a buffer. The USPP was protecting life and property by not allowing the toppling of the Jackson Statue."

DC Police said in part, "The use of a chemical irritant is reasonable and necessary to protect officers or others from physical harm or to arrest actively resisting subjects and may be used during a First Amendment assembly when assembly participants are committing acts of public disobedience endangering public safety and security."

“I get safety and that you can’t have it crush anybody, but if they didn’t want that, they should come out and say we’re going to remove it at a certain date at a certain time," Dawes said. "They haven’t said that.”

Since then, Park Police and the FBI released photos of some of the people they say tried to pull down the statue, asking for help identifying them.

While it is not a protected right to vandalize property, citizens do have the right to free speech and peaceful assembly.

“To be silent is to be compliant," protester Charmaine Hanson said. "I think a small group of people coming together consistently weekend after weekend like this, we can push forward and make a change, so that’s why I’m out here.”

DC Protests said they plan to continue marching until their ultimate goal is realized: abolishing the police department entirely.

RELATED: Did police violate protesters' rights when they pushed away from Andrew Jackson statue? #TheQandA