Thousands of people in the District signed a petition to change the name of Woodrow Wilson High School in Northwest D.C. 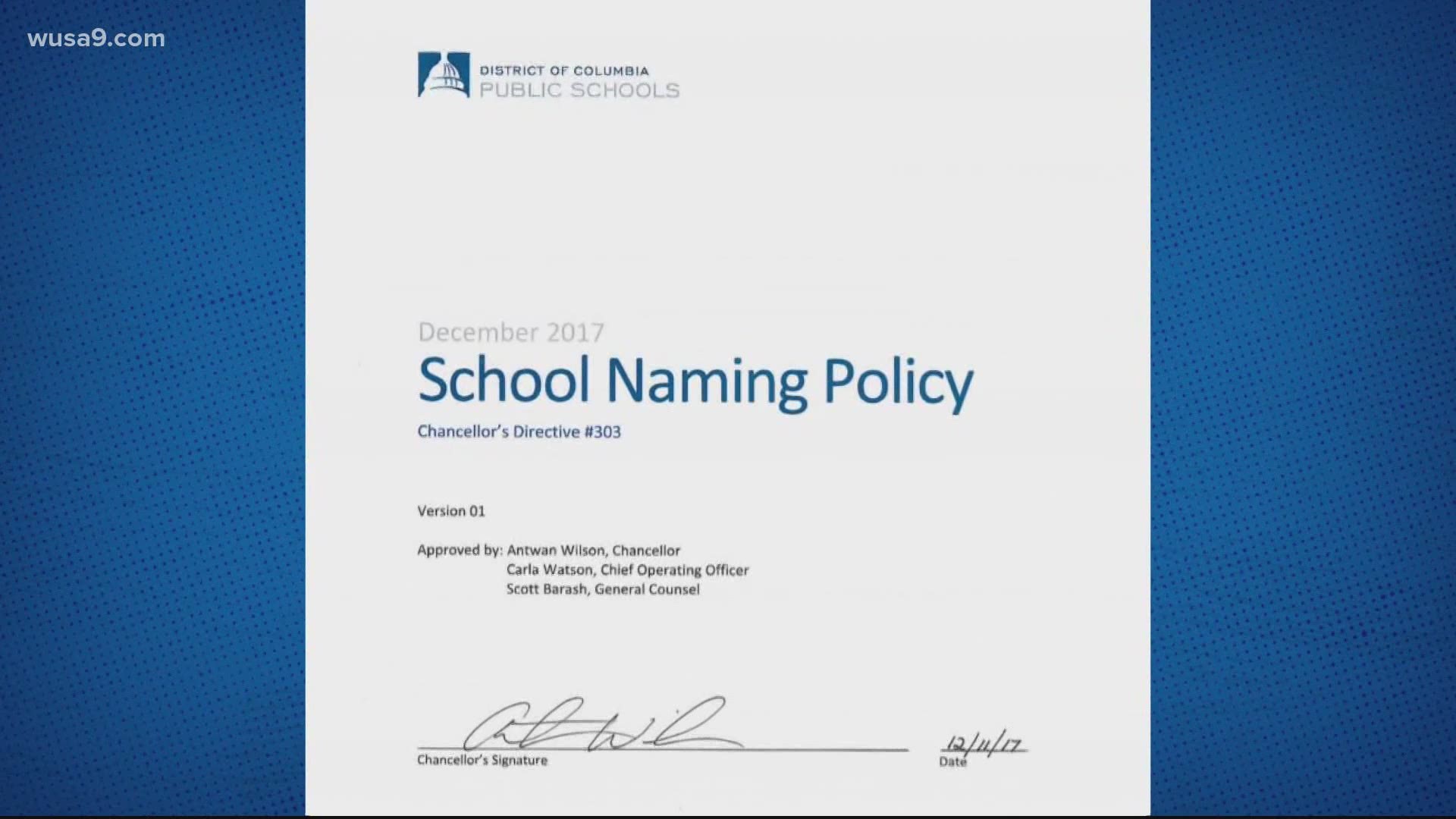 WASHINGTON — In the recent wave of calls for racial justice, there have been renewed pushes to get rid of statues, street names, and names on buildings that honor people who had ties to racism.

Most recently, thousands of people in the District signed a petition to change the name of Woodrow Wilson High School in Northwest D.C.

A look at the policy for D.C. Public Schools (DCPS) and a review of previous efforts to change school names reveal what it takes to make the renaming happen.

The school used to be called Orr Elementary, but the community worked to get the name changed after they learned that Orr, a former city mayor, was a slave owner.

According to a DCPS spokesperson, at least two other schools in the District tried to change its name. 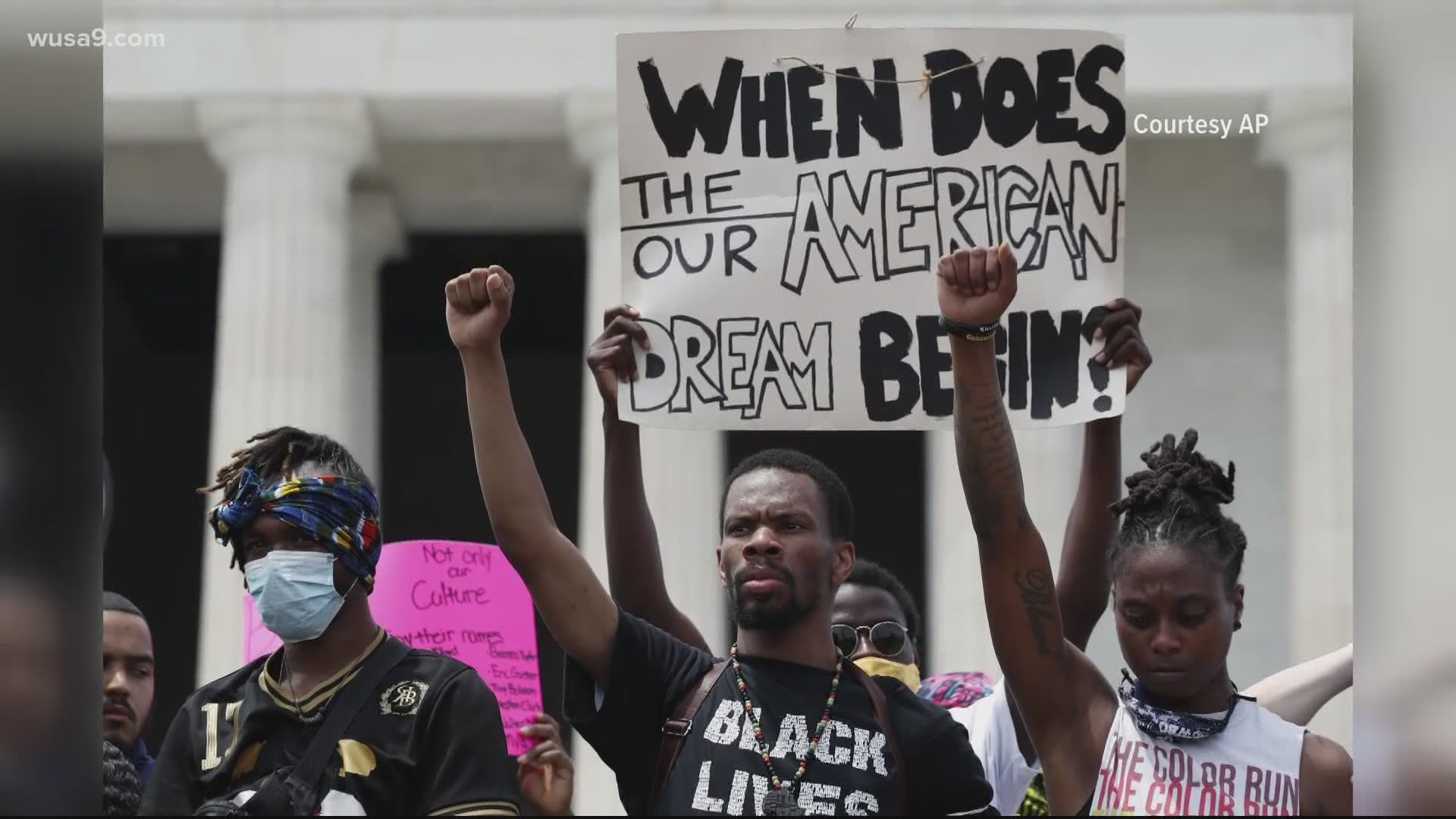 Both of those school communities never saw the full renaming process all the way through, according to DCPS.

According to DCPS policy, a member or group from the school community must submit a formal request and outline how much time the project will take.

Those advocating for renaming a DCPS school must outline how much the project will cost and be involved in some form of community engagement.

RELATED: 'The Better Together Project' to memorialize the Black American experience

The policy details that the chancellor will review the request and decide within 30 days, but the mayor would have final approval on the name change.

A spokesperson for the D.C. City Council chairperson said the council would partner with DCPS to pass legislation and make the renaming official.

The time it takes to complete the process varies and depends on if there is any debate over the potential name change.

A DCPS spokesperson told WUSA9 the mayor is currently reviewing how well this process works and developing a uniformed District-wide school renaming policy.

If you have a story idea, email Michael Quander at mquander@wusa9.com or send him a direct message on Twitter or Instagram.