Tracking taxpayer money: How much did it cost to deploy National Guard to DC protests?

Guardsmen came from 11 states to respond to protests in D.C., and while travel costs are still being calculated, it cost more than $530 per guardsman, per day. 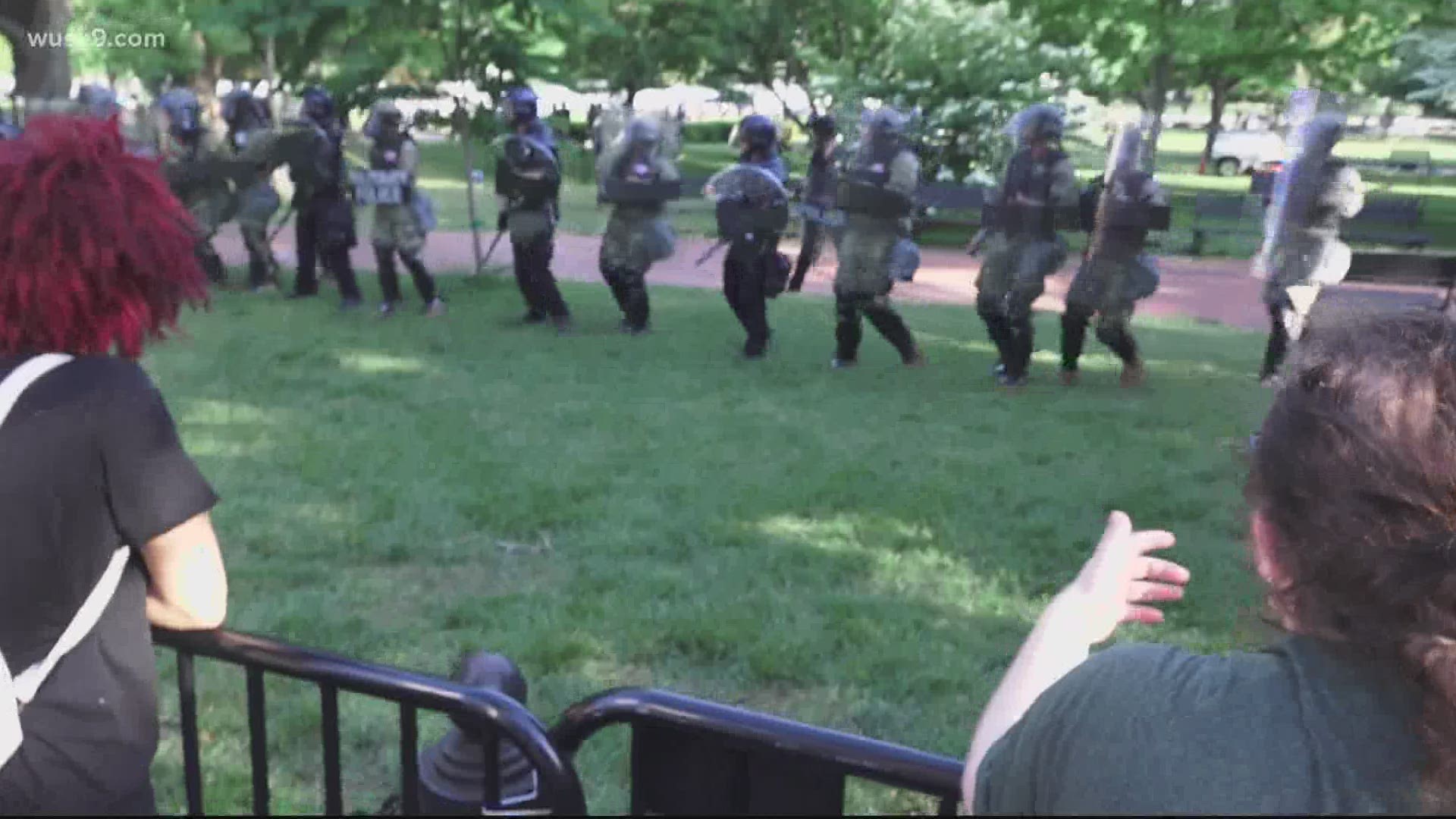 WASHINGTON — It cost at least $18.2 million to have National Guard troops come to D.C. to quell protests in early June. But that number is likely quite a bit higher, as the Guard can't tell us how much it spent on travel costs for this mission yet.

For the first time, we are hearing from Lt. Gen. Daniel Hokanson, President Trump's nominee to lead the country's citizen soldiers, as he testified before Congress during his confirmation hearing.

Shortly after 5,100 guardsmen deployed to protests in the District, Hokanson gave senators his thoughts on the National Guard's role in this mission. As citizens demanded justice after the death of George Floyd, citizen soldiers with full gear and military trucks monitored the situation.

“This is an important and pivotal time in the history of our National Guard,” Hokanson told senators. “We face complex, dynamic missions overseas and here at home.”

Here at home, we've learned the millions it cost to have soldiers and airmen in the District breaks down to $531.48 per guardsmen, per day, including pay, allowances and per diem, for lodging and meals. Though travel costs are still being tallied, we do know guardsmen used military planes and buses to get to D.C.

1 / 111
WUSA9
Protests in front of the Trump International Hotel in Washington.

“As part of a national call for justice and racial equality, our soldiers and airmen were there to protect our first amendment rights and preserve public safety in the communities where we live,” Hokanson said.

He described the mission to help law enforcement with civil unrest as “a good news story.”

But there have been questions about how the Guard operated in the District. For example, right now the D.C. National Guard is investigating whether a military helicopter flew "at inappropriately low altitudes" and whether they followed "safety standards and flying procedures."

Still, senators wanted answers about future deployments to protests if Hokanson is confirmed as the next National Guard leader.

Investigation underway into D.C. National Guard Helicopter Flights
WASHINGTON - The District of Columbia National Guard investigation into the facts and circumstances surrounding the operational employment of DCNG helicopter assets in and around the District of Columbia on Monday June 1 is underway. The investigation is looking into whether the aircraft in question flew at inappropriately low altitudes and whether they adhered to applicable safety standards and flying procedures while in flight.

PHOTOS: Biggest crowd of protesters yet in DC