'If you've been exposed, you must self-quarantine'| DC Mayor shares update on coronavirus

Anyone who visited Christ Church Georgetown on either Feb. 24 or between Feb. 28 through March 3 must self-quarantine for 14 days, D.C. Mayor says. 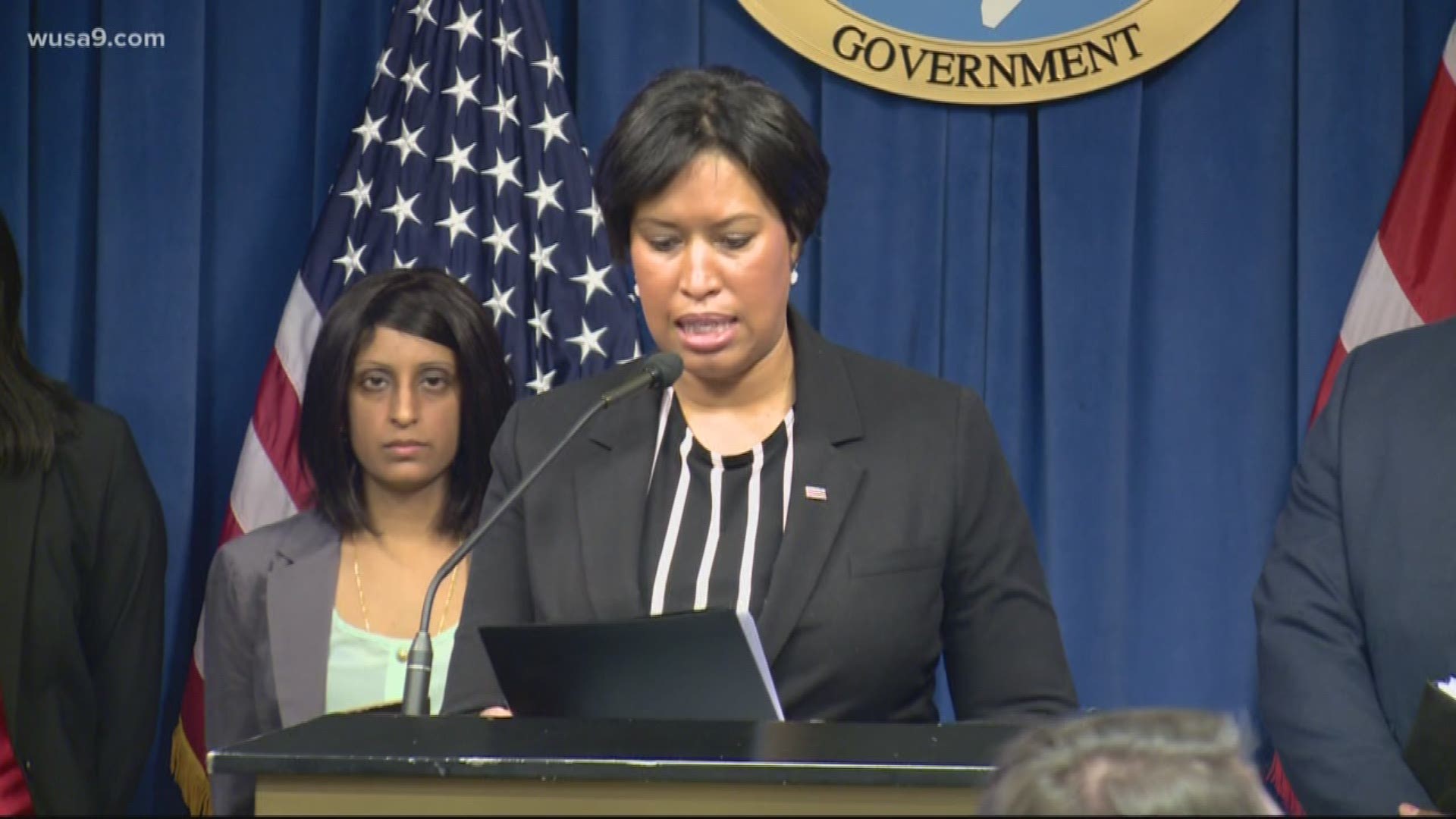 WASHINGTON — D.C. Mayor Muriel Bowser was joined by D.C. administrative officials to share updates on the city's response to its first significant "presumptive positive" coronavirus (COVID-19) cases in the District.

The mayor announced that D.C. Health Department is recommending anyone who visited Christ Church Georgetown on either Feb. 24 or between Feb. 28 through March 3 must self-quarantine for 14 days.

If you are experiencing symptoms, Bowser said you should call D.C. Health at 202-576-1117 or your healthcare providers.

According to Bowser, the first resident tested with the virus is a D.C. resident in his late 50s and started experiencing symptoms back in late February. She said he reported to a D.C. hospital on March 5, where he is currently being monitored and treated.

Christ Church Georgetown spokesman Rob Volmer said that the resident was Rev. Timothy Cole, who tested positive for coronavirus on Saturday. According to Volmer, Cole attended three services last Sunday, which were attended by 550 people.

RELATED: DC reverend: 'I am the individual who tested positive for the Coronavirus'

Bowser also said that an additional person with COVID-19 in Maryland had recently visited family in the District and spent one night in DC. Officials said that he traveled from Nigeria to D.C., before going to Maryland, where symptoms presented and he reported to a hospital there.

Local health officials said the CDC will classify this case as a D.C. case, since he spent a night in the District. Three people who had contact with the man were tested for the virus and were negative.

School Without Walls High School is closed Monday, because the man traveling from Nigeria, had contact with a staff member who works at the school, according to D.C. Public Schools. The school was closed out of an abundance of caution, Bowser said. The plan is to deep clean the school so that classes can resume on Tuesday.

They will be working to trace who these people had contact with during their time in the District. D.C. Health is also following protocol put out by the Centers for Disease Control and Prevention for the coronavirus.

Dr. Talwalkar said they're in the early stages of the investigation, so she cannot releases any locations the man may have visited or his condition. She said he has been hospitalized because of his age and preexisting conditions.

"We recognize this situation is fluid. every day we will monitor the situation. We put safety of residents first. We are following the science about how we will proceed," said Bowser.

At the news conference, Bowser also spoke about the two attendees of the 2020 AIPAC Policy Conference hosted in D.C. who tested positive in New York City.

Bowser also stated she will not be declaring a state of emergency for the District. And that, "she has all the power needed to respond effectively."

Mayor Bowser said she is also not canceling any big events or closing any public facilities until they have evidence that doing so would help increase the safety of D.C. residents.

Bowser said that the resident "appears to have no history of international travel and no close contacts with a confirmed case," which could have led to him getting the virus.

She said so far in D.C., the health department has tested 23 patients total, with 17 coming back negative, 2 pending, and 4 presumptive positive.

“I will be very sure that our health department has checked and double-checked to make sure that we’re making the tests available to everyone who meets the guideline, but if there are special circumstances that present that they will get a hard look from us," Bowser said.

D.C. Health does not recommend that healthy individuals wear a face mask to protect themselves from respiratory illnesses, including COVID-19. Residents should only wear a mask if recommended by a health care professional. A face mask should be used by people who have COVID-19 and are showing symptoms. This is to protect others from the risk of getting infected.

Officials said so far, they have not had an influx of 911 or 311 calls at the Office of United Communications for potential COVID-19 cases, but they are ready to staff up if the need presents.

Officials also said that they have an adequate number of kits to test incoming cases and have started doing so this week.

Officials also said that they have ordered more than 42,000 N95 masks to provide to first responders, which should be arriving soon.

The news conference announcement comes after there were positive novel coronavirus cases in Montgomery County this week. And after Hogan announced Sunday that two others in his state now have the virus, bringing the total confirmed cases in Maryland to five.

So far in the United States, the novel coronavirus has led to the death of 21 people.

This is a developing story with more information to come.