DC Police said they are looking for a lone shooter in a black A4 Audi. 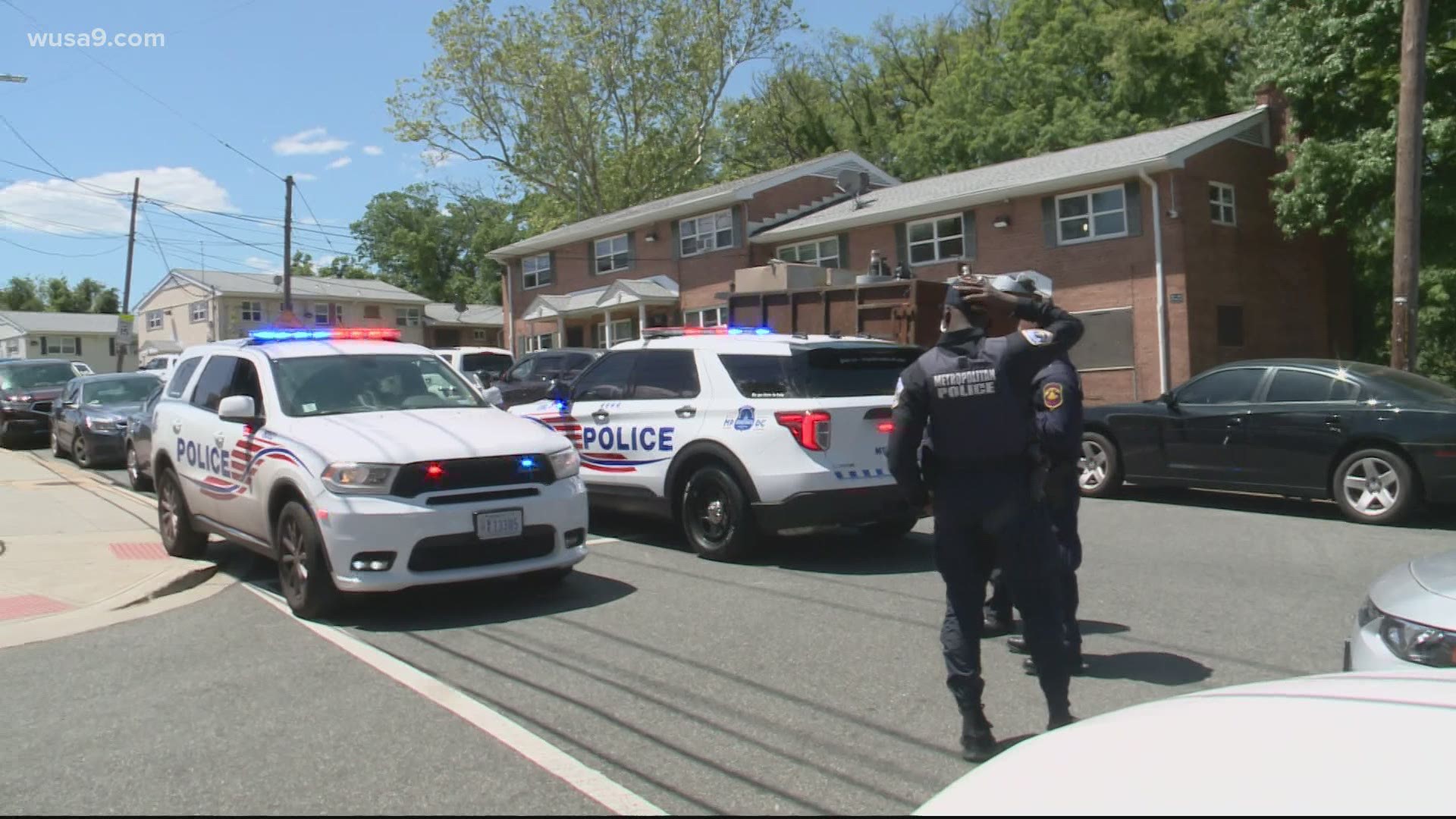 DC Police responded to reports of shots fired around 11:34 a.m. and found four victims suffering from gunshot wounds at two different scenes in the 200 block of 37th Place and 100 block of Ridge Road, SE. All four men were conscious and breathing but the Violent Crimes Branch was called to the scene. The victims were all taken to the hospital.

DC Police Chief Robert Contee said the initial investigation shows one person got out of a car and fired shots. Police are on the lookout for a black A4 Audi.

"As a police department we need to make sure those individuals are held accountable for these brazen acts," Contee said.

FBI officials were on scene Thursday, which Contee said was part of the city's new Summer Crime Initiative as a partnership between the bureau's Washington field office and MPD.

RELATED: MPD to focus on these high-crime neighborhoods to curb violent crime in DC. Here's the list

"We are focusing on gun crime in our city, and we'll leave no stone unturned," Contee said.

This is an active investigation and DC Police are asking anyone with information to call 202-727-9099. You can also anonymously text your tip to MPD at 50411.

WUSA9 will continue to update this story as more information becomes available.

Police are still working to determine what led to the shooting, and no arrests have been made. However, investigators are searching for a vehicle of interest in this case. The vehicle was captured by nearby surveillance video and can be seen in the photos below, shared by MPD.

As of Thursday, DC Police have reported 69 homicides this year, which is a 33% increase from the same time last year. So far, more than 1,100 violent crimes overall have been reported, which is on pace with last year's numbers.