Seat Pleasant Police charged a suspect in the homicide following a dispute inside Blue Sky Liquors. 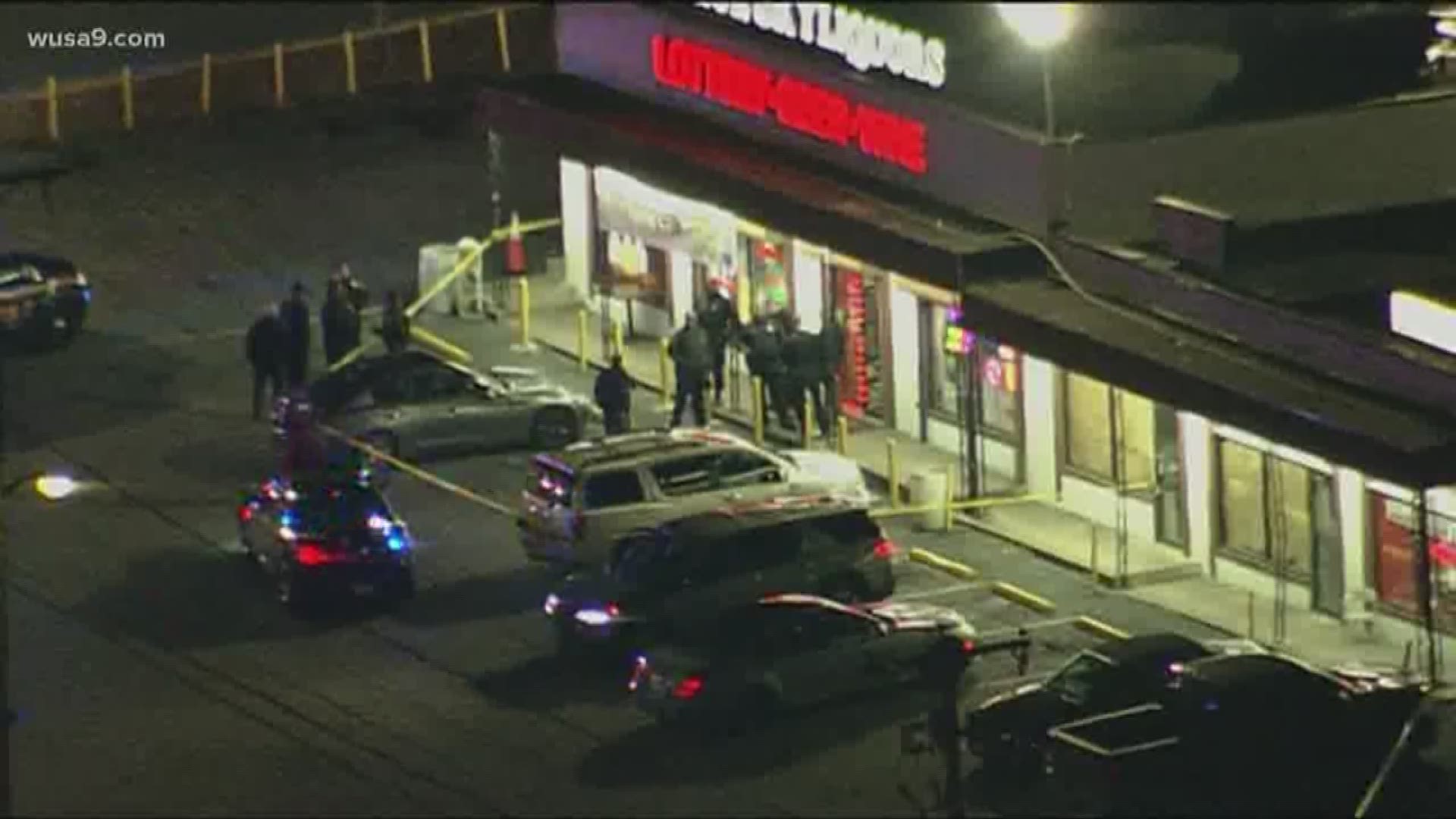 SEAT PLEASANT, Md. — A male was shot and killed Tuesday afternoon after an argument in a Seat Pleasant, Maryland liquor store, police said. A suspect has been arrested and charged with first-degree and second-degree murder, and related charges.

The suspect has been identified as 22-year-old Nevonia Evans of Northeast D.C. He is currently in custody in the District, awaiting extradition to Prince George's County.

Seat Pleasant Police said they responded to Blue Sky Liquors near the 6400 block of Central Avenue around 4:45 in the afternoon. Once at the liquor store, police said they found a male with a single gunshot wound. He was pronounced dead on the scene.

The victim has been identified as 28-year-old Curtis Mark Jones Jr. of Suitland.

Davan A. Martin, the Seat Pleasant Police Chief, said police believe there was a confrontation between the victim and the suspect inside of the store, and that after the victim was shot, the suspect fled the scene on foot.

The nature of the argument is not yet known.

Seat Pleasant, located just outside of the District, has a population of under 5000.

Prince George's County Police are urging those who may have any information regarding the crime to contact their Crime Solvers Unit at (866)-411-8477.