Domestic violence, homicides on the rise in Fairfax County amid pandemic

Police said Wednesday marked the fifth time a son has killed a parent or sibling so far this year. 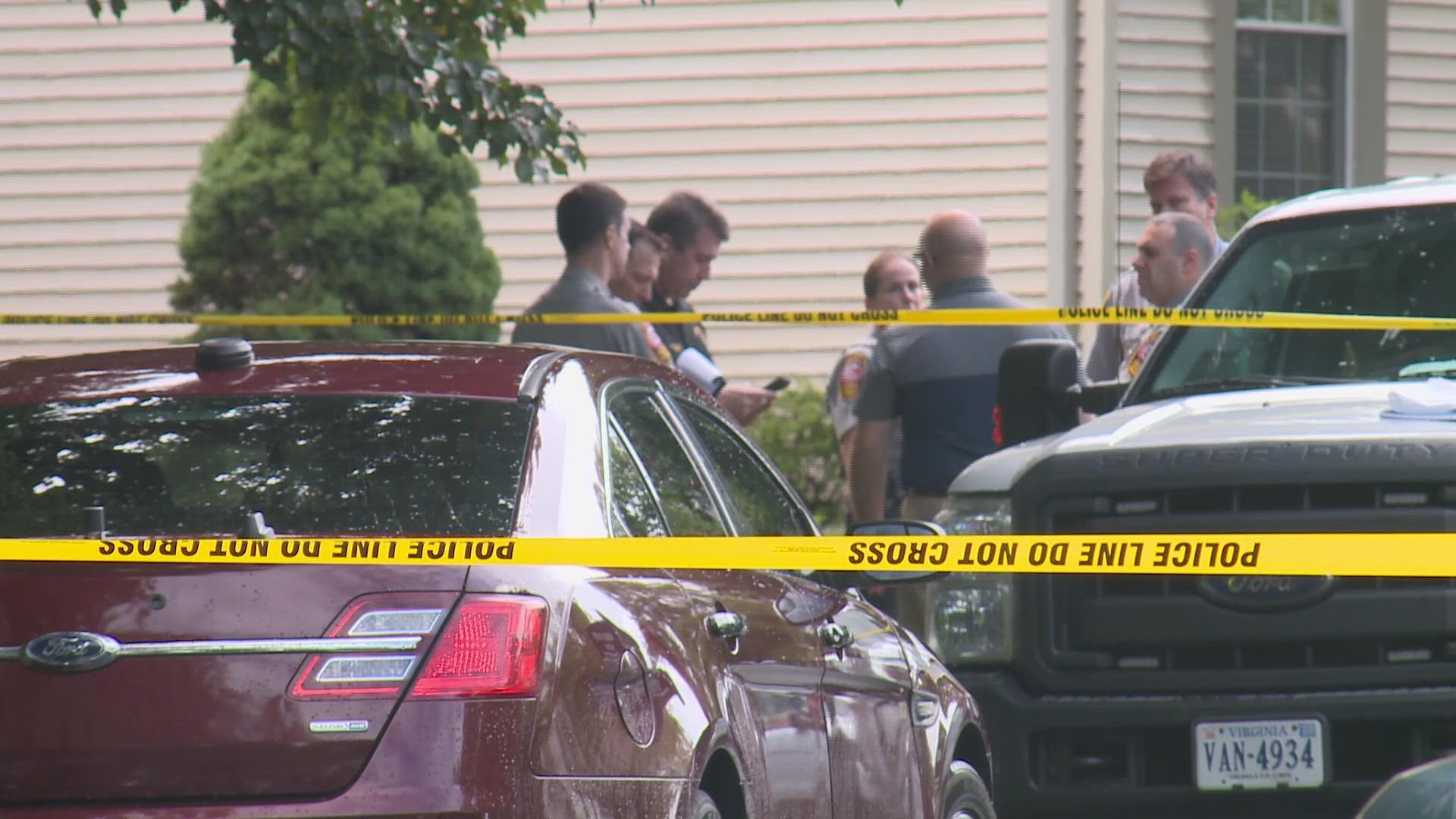 FAIRFAX COUNTY, Va. — Fairfax County is seeing an increase in domestic violence and homicides amid the pandemic, according to police and nonprofits.

Police said Wednesday marked the fifth time a son has allegedly killed a parent or sibling so far this year.

That's when officers found the body of Truman Nguyen buried behind his Falls Church home. They arrested and charged his 19-year-old son Philip Nguyen with his murder.

May marked the first of these domestic homicides when police said a son allegedly stabbed his father to death in their shared apartment in Reston.

Then, in August, police charged a young man with murdering his mom and sister in Burke.

“This startling violence can happen anywhere," one neighbor said.

'If we turn someone away, we may be turning them to their death'

After @FairfaxCountyPD said they're up to 5 homicides where a son allegedly killed a parent or sibling, I spoke w/ @BethanyHouseNV about the uptick they're seeing in domestic violence.

That's on @wusa9 at 11. pic.twitter.com/bslmFnHER1

In multiple cases, police said they had responded to repeated domestic dispute calls at the same homes.

She serves as the Executive Director of Bethany House of Northern Virginia, which offers shelter and support for women and children escaping domestic violence.

Santana said they received over 500 calls this past fiscal year, compared to their typical 300 to 400 pre-pandemic.

Fairfax County Police, however, said so far, they've seen a reduction in domestic disputes and violence calls by about 600 from last year at the same time.

Santana said the pandemic has also slashed their resources.

“It's heartbreaking because we know, and it's not, you know, hyperbole, we know that if we turn someone away, we may be turning them to their death; it’s that severe because often domestic violence escalates to homicide," she said.

Unfortunately, she said, rarely do people think that will end up happening to them.

“My advice would be if it happens once, then in your mind, say that it will happen again and get help," she said.