Police say Samuel Onyeuka, 20, was found shot near his home in Reston, Virginia. 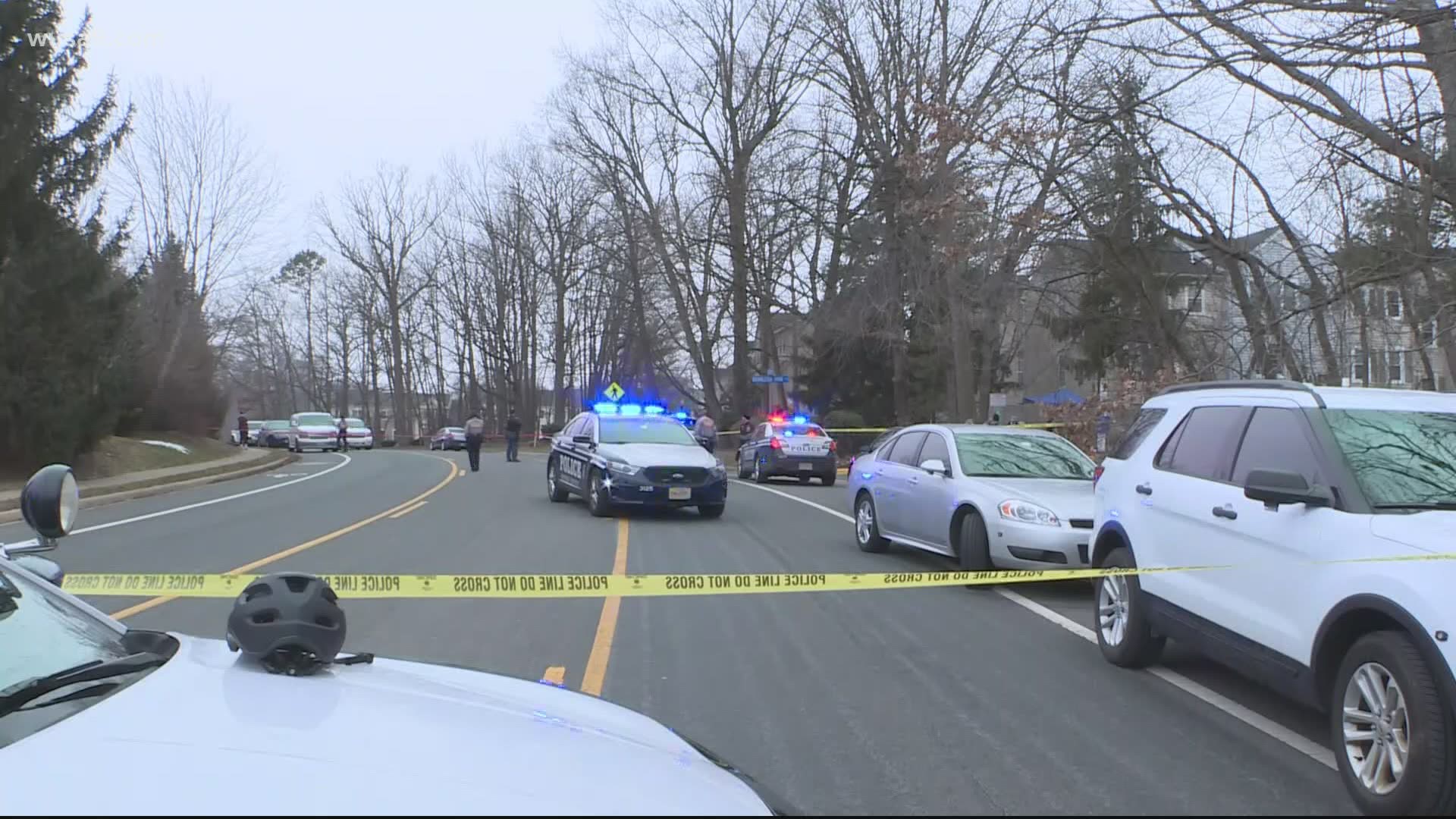 RESTON, Va. — A suspect in the shooting death of a 20-year-old man, the first homicide investigation of the year in Fairfax County, has been arrested, the Fairfax County Police Department said Sunday.

Jalenn Keene, 20, of Newport News, was arrested Friday night in the killing of Samuel Onyeuka, 20, police said at a news conference. Major Ed O’Carroll, commander of the county's Major Crimes Bureau, said Keene was arrested in Newport News by the city's police department on charges of second-degree murder and use of a firearm in the commission of a felony.

Onyeuka was found suffering from gunshot wounds to the upper body Wednesday afternoon steps from his home in Reston. He died at the scene.

“He was a great friend, but he was also a great brother to his little brother. He always looked out for his little brother," one friend said. "Everything was fun with Sam. He was always a good time. And his murder just doesn’t make sense. I pray for his mother.”

Police were able to retrace Keene and Onyeuka's steps to a shopping center in the area before the shooting, using financial records and surveillance video. They then tracked Keene to Newport News, which is around 200 miles south of Northern Virginia.

Police said Keene and Onyeuka both went to South Lakes High School, which is part of Fairfax County Public Schools. How well the two knew each other is still under investigation, O’Carroll said.

The shooting happened outside a townhome community where Onyeuka lived in the 2300 block of Branleigh Park Court, police said. Detectives believe the shooting did not appear to be a "random act of violence."

Friends and family said they don't understand what could have made Keene want to take Onyeuka's life.

The director of Fairfax County's Victim Services Division read a statement from the family at the police press conference Sunday:

"Words are insufficient to describe the deep concern and grief our family is having about the unjust murder of our dear Sam. Our beloved, kind, gentle son, brother, nephew, uncle, friend, neighbor, and member of our community. We will continue to celebrate his life. While he is gone from us too soon, we believe he is resting in peace for all eternity where no harm will ever be done to him again. Our family does ask anyone with any information to please reach out to the detectives so we can bring our Sammy some justice."

The Nissan Rogue the suspect was seen leaving in after the shooting was located in Newport News during Keene’s arrest, as well as a gun, police said. Investigators are awaiting test results to determine if the 9mm gun found is the same one used in Onyeuka's killing.

Keene will remain in the Newport News Jail until he is extradited back to Fairfax County.

Credit: Fairfax County Police
Jalenn Maurtiece Keene, of Newport News, faces charges of second-degree murder and use of a firearm in the commission of a felony.

Barnes also organized a gofundme for Onyeuka with a fundraising goal of $20,000. As of Sunday, the page had reached nearly $12,000.