Officers say a family member found the man in the apartment. 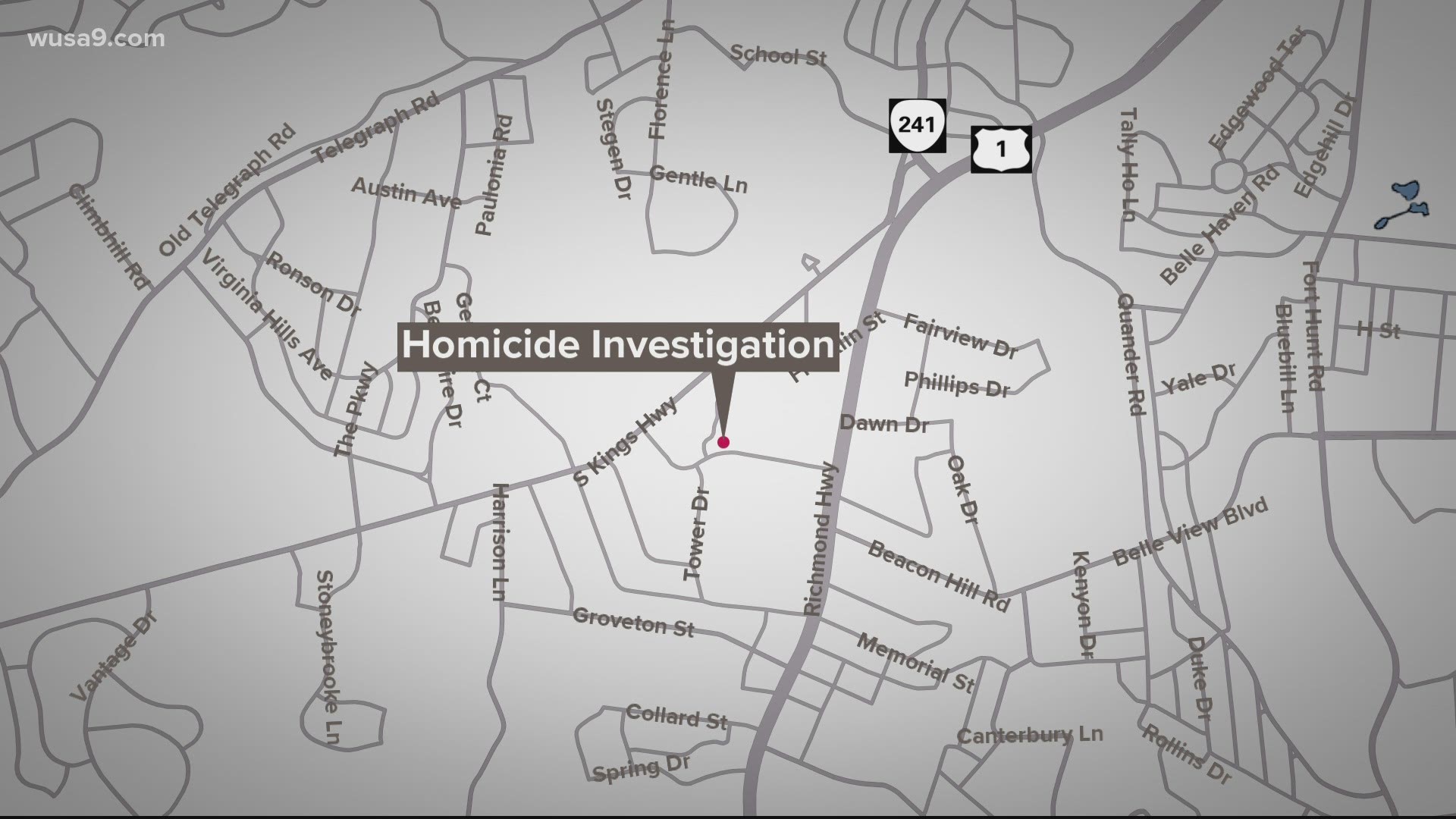 ALEXANDRIA, Va. — A man was found dead inside an Alexandria apartment building Wednesday night and police said detectives are investigating the death as a homicide.

Fairfax County Police Sgt. Tara Gerhard with the Fairfax County Public Affairs Bureau said the shooting was reported just after 7 p.m. in 3100 block of Southgate Drive in Alexandria. Gerhard said a family member found the man with a gunshot wound to the upper body. When first responders arrived on the scene, medics pronounced him dead on the scene.

A preliminary investigation determined the gunshot wound was not self-inflicted and homicide detectives were called to the scene. Detectives were on the scene overnight gathering evidence and talking to neighbors to figure out exactly what happened, and what led to the shooting.

"We're still very early in the stages of the investigation," Gerhard said. "So we're still working through evidence, [and] having conversations with anyone who may have seen something."

This is a developing story. We are working to confirm additional information. Stay with WUSA9 for the latest updates as they come in to our newsroom.

RELATED: 'I was uneasy with him' | Emily Lu's friend describes meeting tenant accused of killing her

RELATED: Woman found dead outside her Maryland home, but her car was found in Virginia