'Wow, people really have a heart' | Furloughed government contractor gets a new car thanks to dozens of strangers

Noa Shaw never met Kaneisha Onley, a mom who works security for the Smithsonian. When he learned her car was repossessed, he motivated dozens of strangers to help get her a new ride. 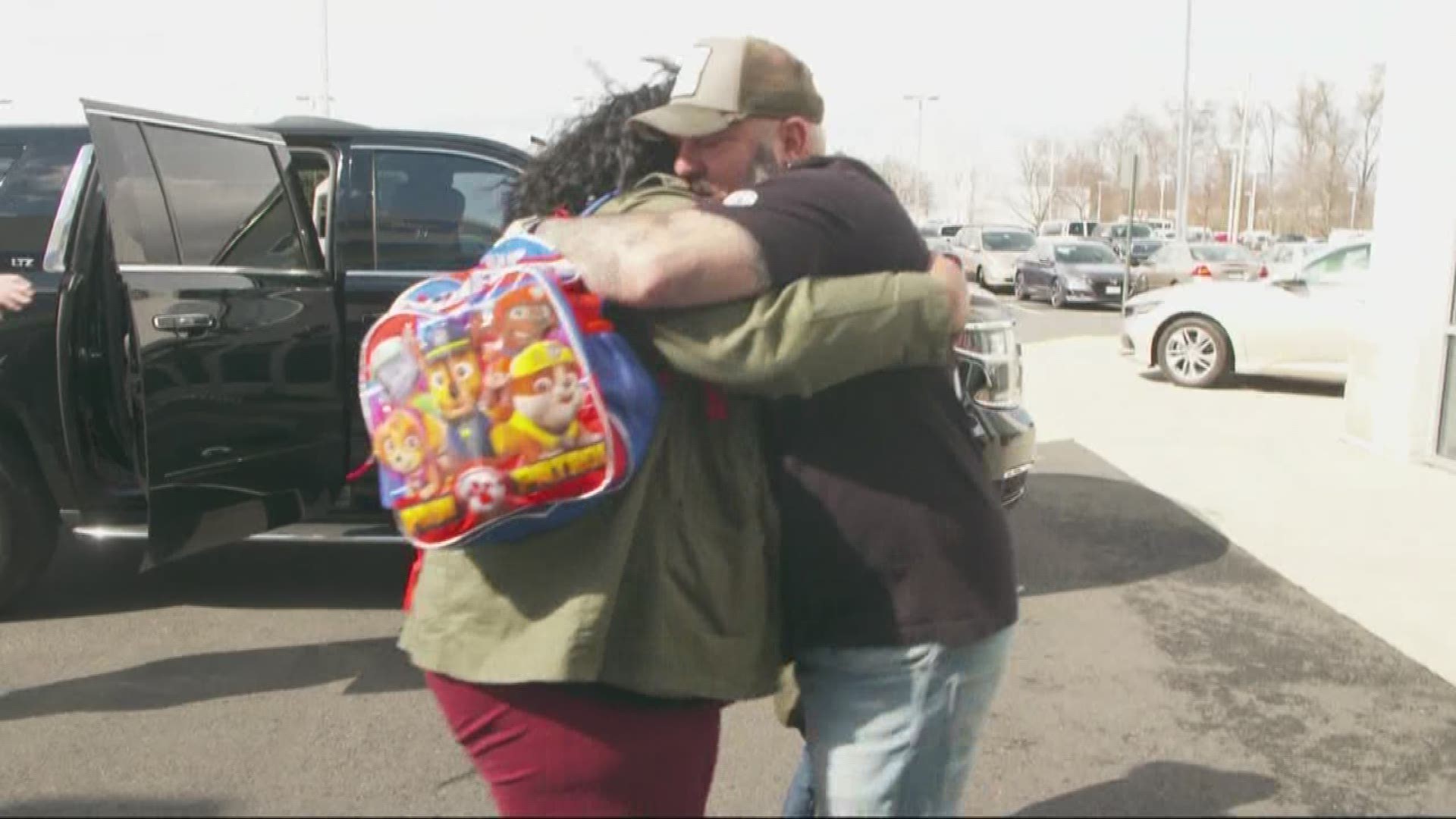 CHANTILLY, Va. — Noa Shaw is a tattooed spin instructor from the Bronx. Kaneisha Onley is a mother from Olney, Md. At first glance, you wouldn’t think they had much in common.

This is a story about how the partial government shutdown brought these two together for what’s sure to be a lifetime of friendship.

Onley works as a security guard at the Smithsonian Institute in Washington, D.C. She was furloughed along with thousands of other government contractors earlier this year.

For a mother of a 3-year-old, it was a struggle.

“Some nights I would cry,” said Onley. “There were some days I didn’t eat, but made sure he ate, so yeah, it was tough.”

Things went from bad, to worse. As Onley lost weeks of pay, she fell behind on her car payments. Then, just as the government was about to reopen, a tow truck showed up to haul away her 2012 Malibu. Her car was repossessed.

With no car and no chance at getting back pay as a government contractor, Onley was forced to rely on expensive Uber trips or her friends and family to help her get to her job, nearly an hour away.

RELATED: 'Not what I bargained for' | Furloughed federal contractor relies on free groceries from food bank

This is where Shaw comes in. He saw a snippet about Onley in an article online. Then, he set up a GoFundMe with the goal of raising $15,000 to get Onley, a total stranger, a new car.

“I understood that pain of being in a lost place, I’ve been there myself and now I’m in a position to help,” said Shaw.

PHOTOS: Furloughed government contractor gets a new car thanks to dozens of strangers

Onley said she was overwhelmed.

“Wow, people really have a heart,” she said.

With the money secured, it was time to get Onley her new car. Shaw and Onley met for the first time at Honda of Chantilly.

“Come here,girl! I’m so happy to meet yo,” said Shaw, giving her a huge hug.

“You ready to get a new car? How are you feeling? Are you excited,” asked Shaw.

Onley was prepared to spend every penny of the over $15,700 raised on her GoFundMe account, but Joe Wilkins, the Chief Operating Officer of Pohanka Automotive Group had other plans.

“I thought we were going car shopping,” Onley exclaimed as a gleaming, black 2012 Honda Accord with low millage rolled up.

“We shined it up this morning. We hope you like it,” said Wilkins.

Wilkins also threw in an extended warranty, so Onley won’t have to worry about repairs.

The price tag on the car was about $18,000, and out of Onley’s price range, but Wilkins said he wanted Onley to have a solid, dependable car. That wasn’t all.

“Would it be OK if they only charged you $10,000,” Shaw asked Onley. “You keep all the rest of the money for yourself and your baby.”

She replied with an emphatic “Yes!”

Wilkins lowered the price of the car so Onley could have some extra money for food, rent and to buy things for her son.

Wilkins said the decision to help out was easy. 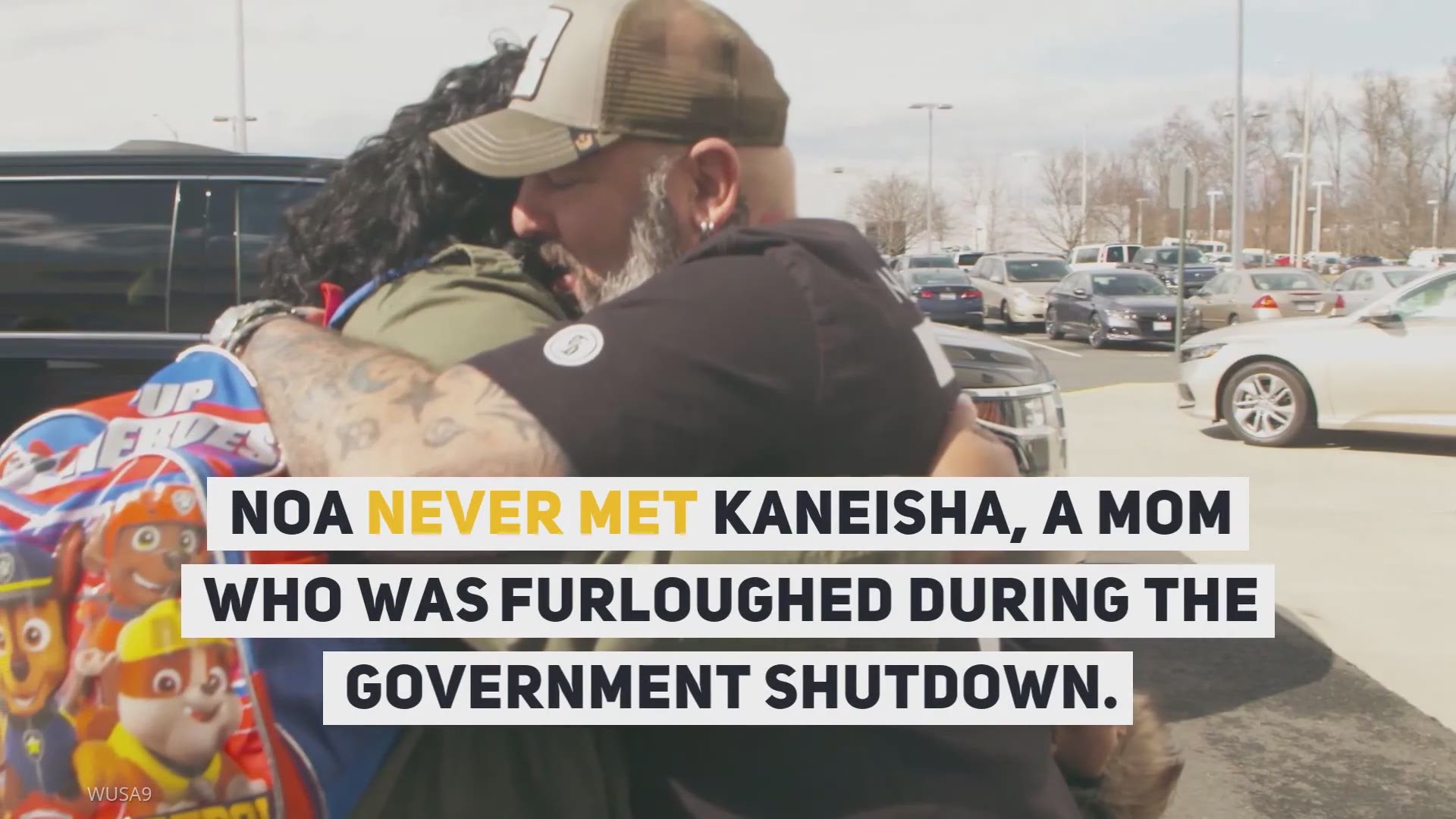 “We’re having our 100 anniversary this year and the Pohanka Foundation set a benchmark this year to give back one million into the community. We kind of do it one at a time and this was a perfect opportunity to do that,” said Wilkins.

While the donation is finished, Shaw hopes this story is just getting started.

“It wasn’t just about Kenisha getting a car, it was about having a positive loving impact on a very divided world,” he said.

Shaw also hopes this story will inspire others to give back.

“I wanted to do something big to create a ripple of love, caring and sharing… It doesn’t have to be a huge grand gesture of getting someone a car. Small gestures add up. If you just start helping people, it grows exponentially,” he said.

For Onley, the generosity was overwhelming.

“Today is one of the best days of my life, besides having my son,” Onley said.

Shaw agrees, “I know I’ll have you in my life," he told her.

For more on Noa Shaw and how he turned his addiction into inspiration, check out his profile on health.com.