World Central Kitchen packed lunches for two thousand. By noon, nearly a thousand had pick up a meal. 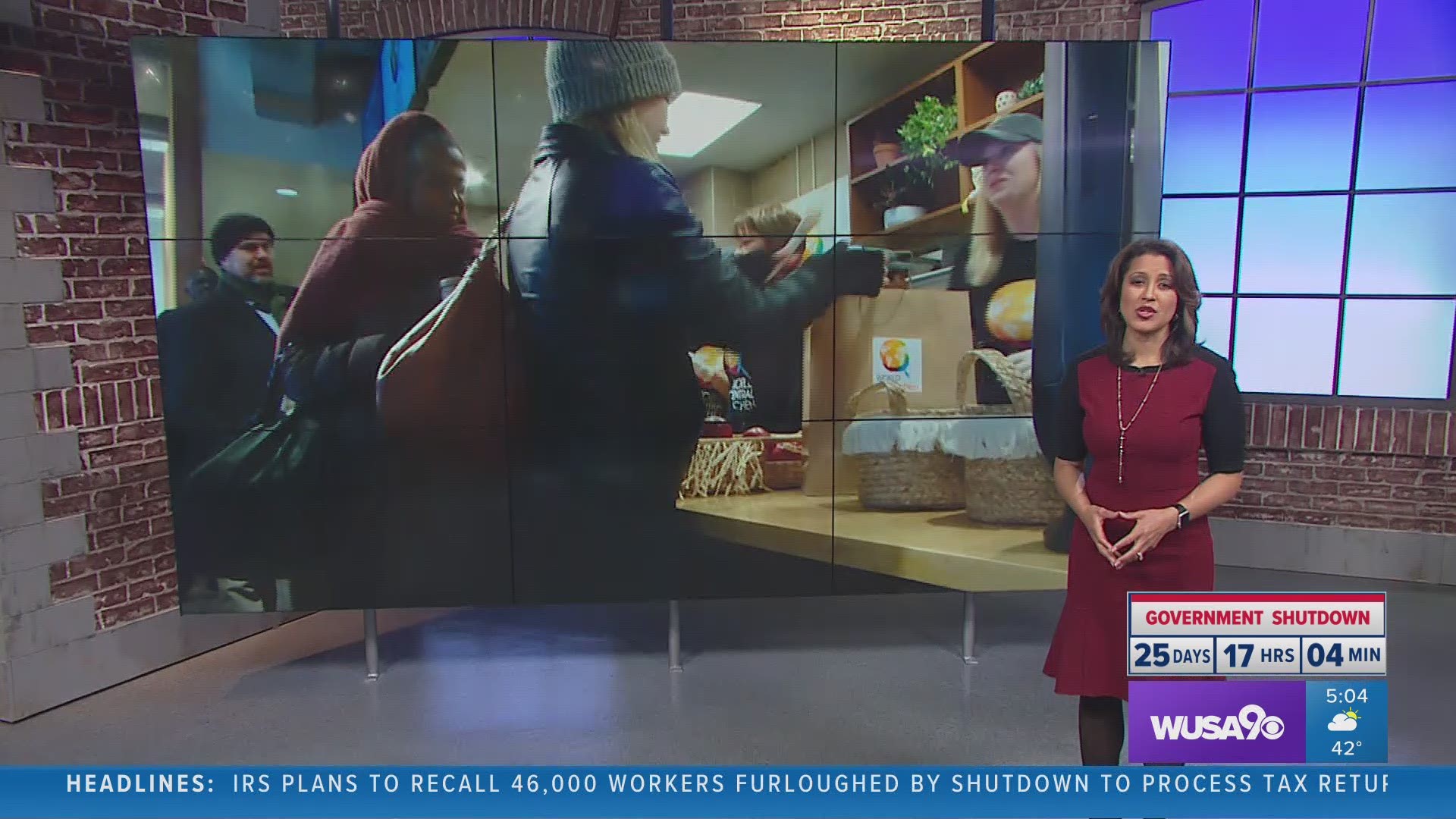 WASHINGTON — Volunteers from celebrity chef Jose Andres' World Central Kitchen fed thousands of people in need on Wednesday, not in some far off flood zone, but right here in Washington at a small store front at the Navy Memorial on Pennsylvania Avenue.

Many of the furloughed federal workers and contractors said soup, a sandwich, and a power bowl can make a huge difference when there's no money coming in.

Royce Powers, furloughed from the Justice Department, broke down in tears as she contemplated another two weeks without a paycheck.

To watch the furloughed workers' reactions, watch the video in the player above this story.