A dozen union leaders were arrested after sitting in at Senate Majority Leader's office demanding he help reopen the government. 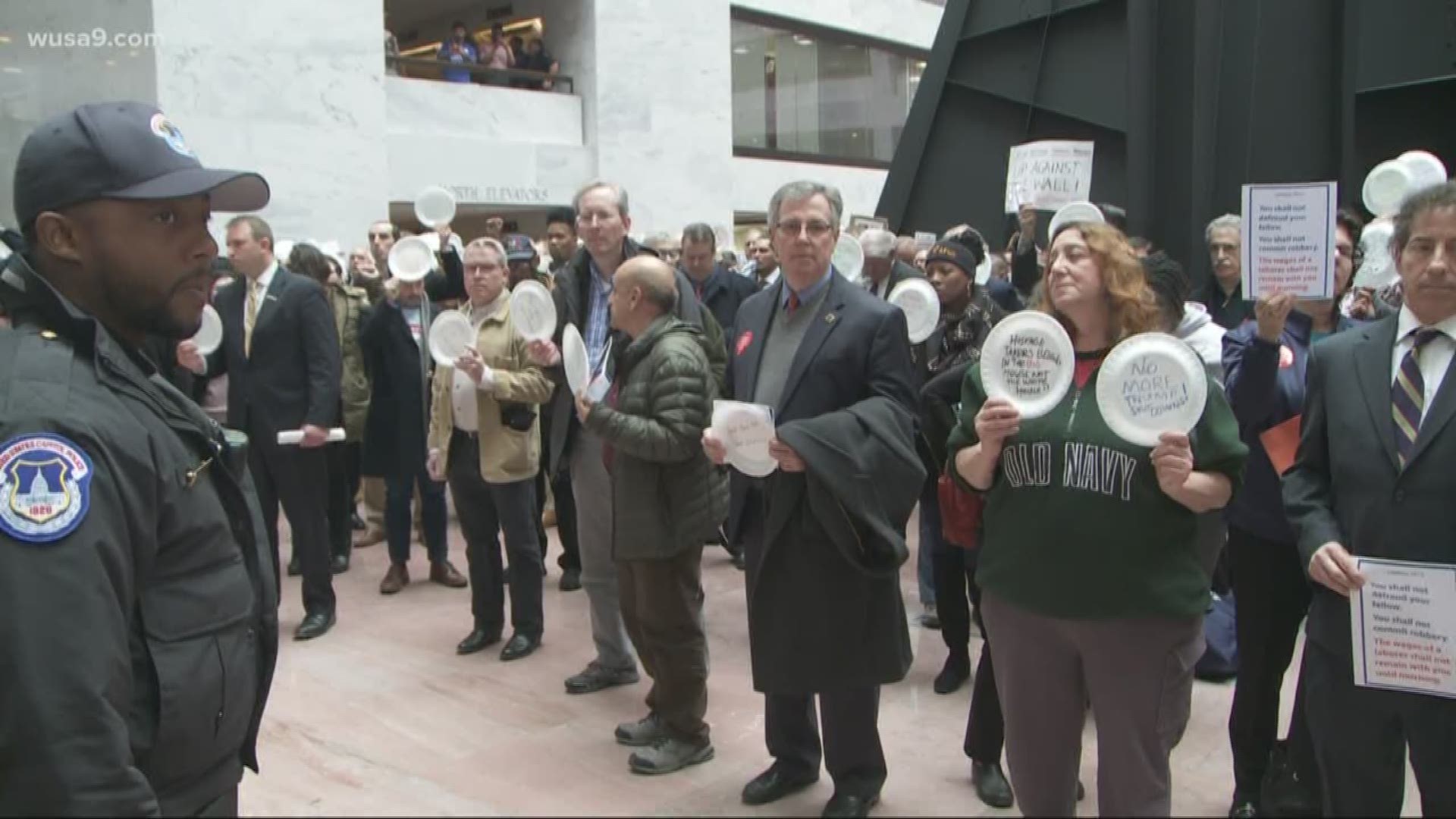 The Occupy Hart protest was organized by a half dozen federal workers' unions.

They stood in silence for 33 minutes -- a minute for each day the government has been shutdown.

After 33 minutes, the furloughed workers ended their silence and demanded the government re-open, chanting, "No more food banks, we need paychecks!"

"I'm cried and cried out.... grief," said Faye Smith, 60, a contract security guard at the Hirshorn Museum. She's been without pay for a month. "It's scary. It's very scary," she said, her voice breaking. She fears she'll lose her home.

Not everybody was sympathetic. On my Twitter feed, from @Williams2, "The liberal mob lost yesterday so out they go today like sheeple to march, march, march."

From Ozzy Pants: "Wow government employees have less than a 30 day cushion to cover their bills. Speaks volumes to their complacency and dependency."

Hard to imagine another country where essential workers would continue to come to work even after a month without a paycheck. However, essential federal workers at the TSA, the FBI, the Capitol Police and dozens of other agencies keep working without pay.

"People immigrate to this country mostly by air," said Sara Nelson, president of the American Association of Flight Attendants, who joined the protest. "And right now our aviation security system is not as secure as it needs to be."

Nelson fears TSA workers won't be able to afford to work much longer. "I am a survivor of 9/11. I flew flight 175 regularly as a Boston-based flight attendant," Nelson said. "I lost my friends. I promised them that we would never forget their sacrifice."

Nelson was not on one of the planes or in one of the buildings on 9/11, but as a flight attendant, she, and many others, considers herself a survivor.

But there's no sign the politicians will end the workers sacrifice anytime soon.