During his visit, Senator Warner wrote a check for $7,250 to the Arlington Food Assistance Center. 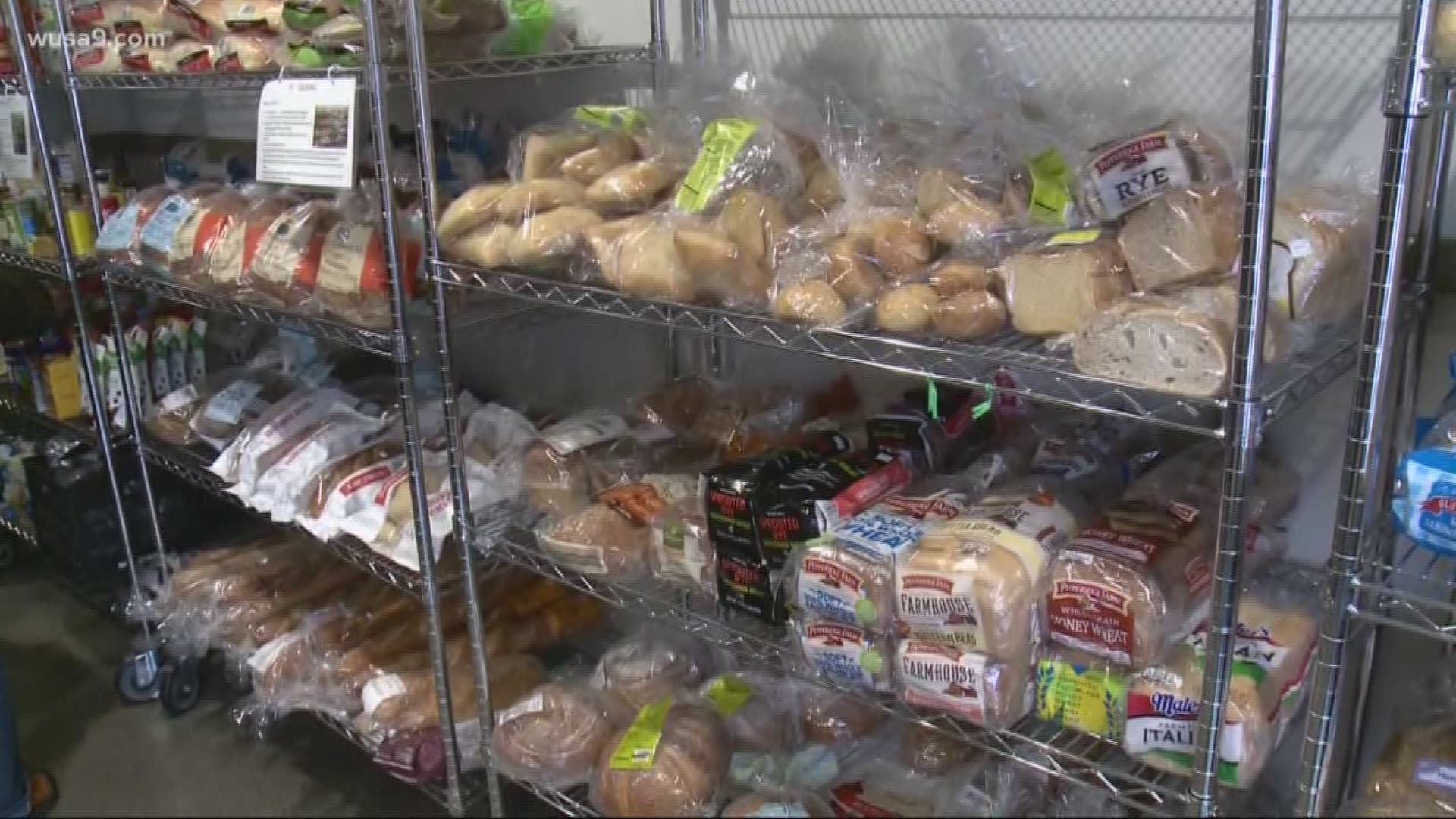 ARLINGTON, Va. — The shutdown has turned lives upsides down. Even people with good-paying jobs are now lining up for free food.

"This is not what I bargained for when I got into government service," said John who would only give his first name.

He came to pick up some free groceries at an Arlington food bank. He's a federal contractor in foreign service, having done two tours in Afghanistan.

"I thought that I was going to be helping my government, thanking it for the 18 years of wonderful freedom I had when I was growing up. And after 17 years of getting shot at, I come back to the United States and get told, 'yeah, we're not paying you because people are fighting over who pays for what,'" said John.

The furlough has turned John's life upside down.

"I went from being a high-level employed person who does a normal commute to someone who sits around and has to wait to see if I'm going to get paid. Or come into work and work without pay. That's not great for morale," he said.

"I did two tours in Afghanistan and I would do that again in a heart beat before sitting at home like this," he said.

After his Afghanistan tours, like many combat veterans, John developed PTSD, which led to other problems. After a divorce, and now the shutdown, he's about blown through his savings account.

"I broke up with my wife awhile ago, was actually homeless for awhile, and now, with this, this is one of my lifelines," he nodded at the food bank where he's been coming regularly for the past month.

John showed up at the Arlington Food Assistance Center during Senator Mark Warner's visit to show the plight of furloughed workers. Warner blames President Trump for the shutdown.

"What he's doing to our economy, this will be part of his legacy. Which is some of the worst legacy in modern American history," said Warner.

He insists Democrats are willing to negotiate.

"Absolutely. How many times can we say absolutely. Increased border security should be part of the debate, but you have that negotiation when the American workers and the workforce is back at work...You reward this behavior, he will try this again three months from now, he will try this again when the spending bill is going forward. You don't reward a bully," said Sen. Warner.

John won't give his thoughts about the President or who he blames. But he has a message to lawmakers: "People deserve better. This needs to fixed one way or another."

During his visit, Senator Warner wrote a check for $7,250 to the Arlington Food Assistance Center. That's his paycheck for one pay period during the shutdown. He said he's tried to get Republicans to come and see how furloughed workers are hurting, but says none will do it.