Fierce summer storms cause floods, power outages and down trees across the DMV

The Metropolitan Police Department also rescued four kayakers in distress, on the Potomac River, at the time of the storms. 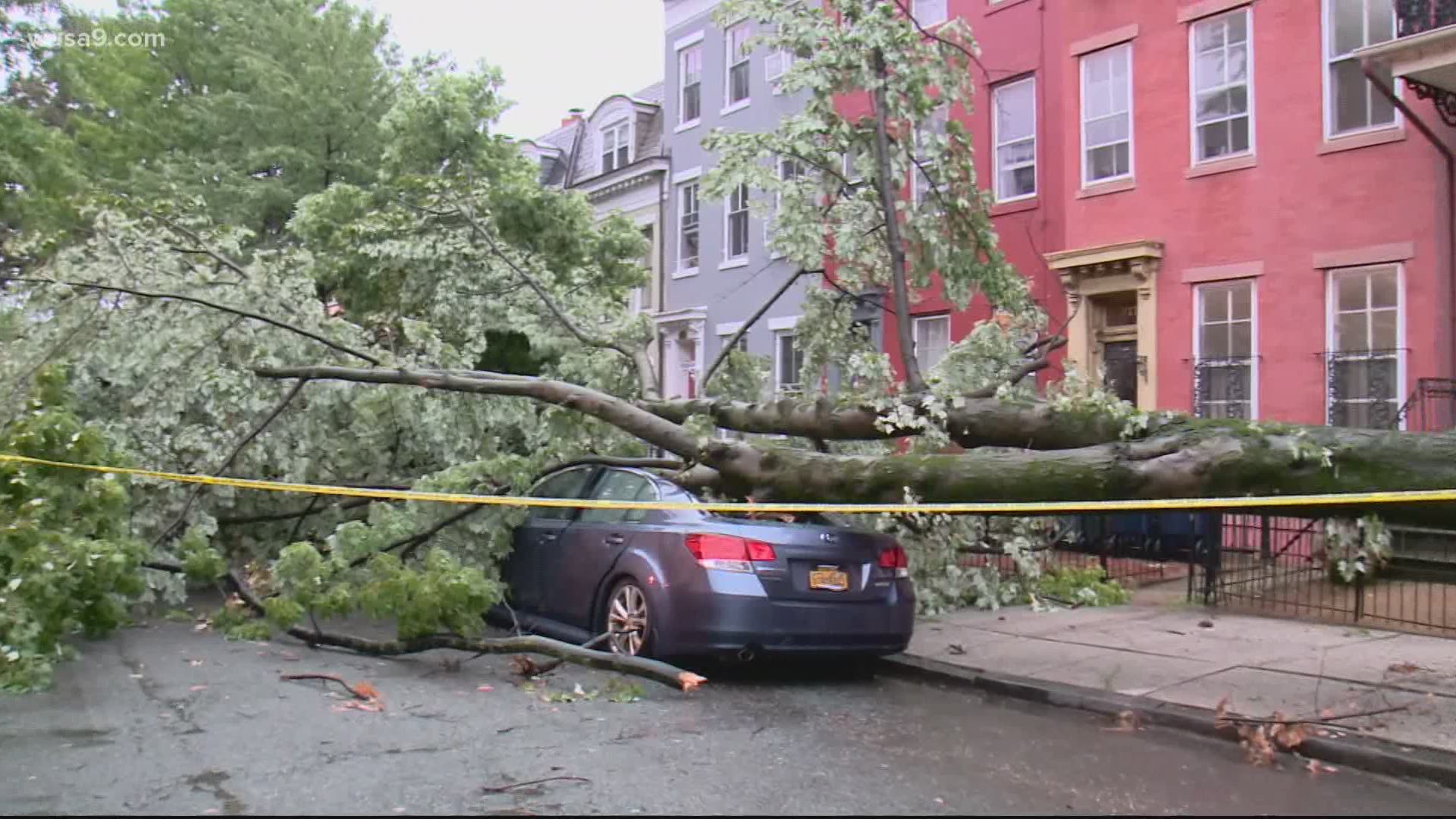 WASHINGTON — Thousands without power, downed trees and flooded streets were the effects of summer storms that moved rapidly through the D.C. region on Wednesday.

More than 52,000 people were without power in Northern Virginia at the height of the storm, according to Dominion Energy. Outages were also reported in Maryland, including Montgomery County, Prince George's County and as far south as St. Mary's County, according to Pepco. In all, more than 4,000 Pepco customers were without power.

In Kensington, on the 10000 block of Oldfield Drive, one tree crashed through a power line before coming to rest on the Interdonato family car.

“The tree made our entire house shake and it was really scary,” Kensington resident Colleen Interdonato said.

Despite the interruption to her 2-year-old son's birthday, Interdonato said she was just happy no one on her street got hurt.

"Lightning continues to strike with this line of thunderstorms long after the heavy rain and strong winds exit. If any precipitation is falling, assume that lightning remains possible," the National Weather Service for the Baltimore-Washington region around 5:15 p.m. in a Tweet.

On the Potomac River, the Metropolitan Police Department’s Harbor Patrol rescued four kayakers and another three dogs that found themselves in distress.

Wednesday storms follow what has been a three day stretch of severe rain and thunderstorms, which has led to flooding.

The wet weather has also compounded the extreme heat that the DMV region has seen over the last few weeks that has been especially gruesome since Monday.

There was a Flash Flood Watch for most of southern Maryland and Northern Virginia until 11 p.m. Washington, DC, Alexandria, Arlington, Fairfax County, Prince George’s County and Montgomery County were under a Flash Flood Warning through 6:30 p.m.

Heavy rain and dangerous storms are impacting Washington DC. Here is a look at rough weather over the AU Park/Tenleytown area of the District.

Track the storms in the area via our WUSA9 radar here: https://t.co/o7mb0uNRj2 pic.twitter.com/gORH9uhIRF

Unfortunately, the storms aren't finished yet for the week. A Yellow Weather Alert continues Thursday for dangerous heat and strong to severe storms from 3-10 p.m.

RELATED: Storms drench the DMV, cause flooding and downed trees

A tree so big that when it fell it took some of the sidewalk with it. Looks to be about three cars damaged underneath. Talked to one neighbor who says he knew a storm would eventually take that tree out. @wusa9 #WUSA9Weather pic.twitter.com/unapNxs7iy