The crash happened on the outer loop of I-495 prior Bradley Boulevard Wednesday night. 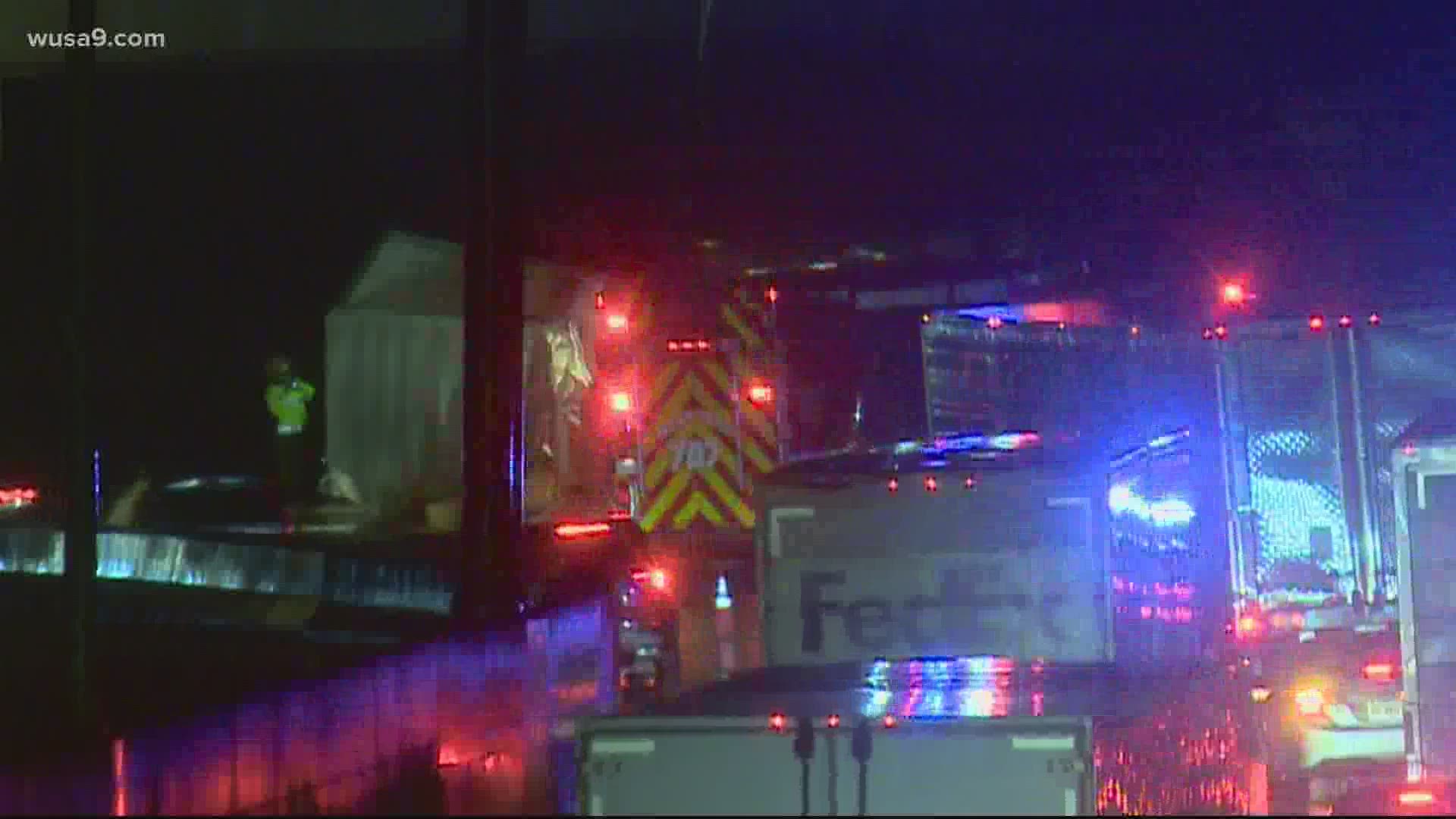 ROCKVILLE, Md. — A tractor trailer overturned after a driver lost control, and the trailer fell onto the road below Wednesday night on I-495. The crash closed lanes of I-495 and I-270 overnight Wednesday, but all lanes have since reopened.

Maryland State Police responded to the crash on the outer loop of I-495 prior to Bradley Boulevard just before 10 p.m. The driver told troopers he lost control going around a left curve and struck a concrete barrier, causing the trailer to overturn, police said.

The trailer portion of the truck then fell onto I-270 below. The truck was carrying cargo of cabinets.

The truck driver refused medical attention, and no other injuries were reported, according to police. No other vehicles were involved in the crash.

The outer loop of I-495 was shut down at Old Georgetown Road and the two right lanes of I-270 were closed for several hours.

Update - Beltway at big curve/skyramp over I 270 Spur, Single vehicle tractor trailer jackknifed, tractor crashed thru barrier onto roadway below, w/ some contents of the trailer, fuel saddle tanks are leaking, Truck carrying cargo of cabinets, it is raining, some lanes blocked pic.twitter.com/bWgakHHtMj

The cause of the crash remains under investigation, but rain may have been a factor, police said.