One person was transported to the hospital in critical condition. 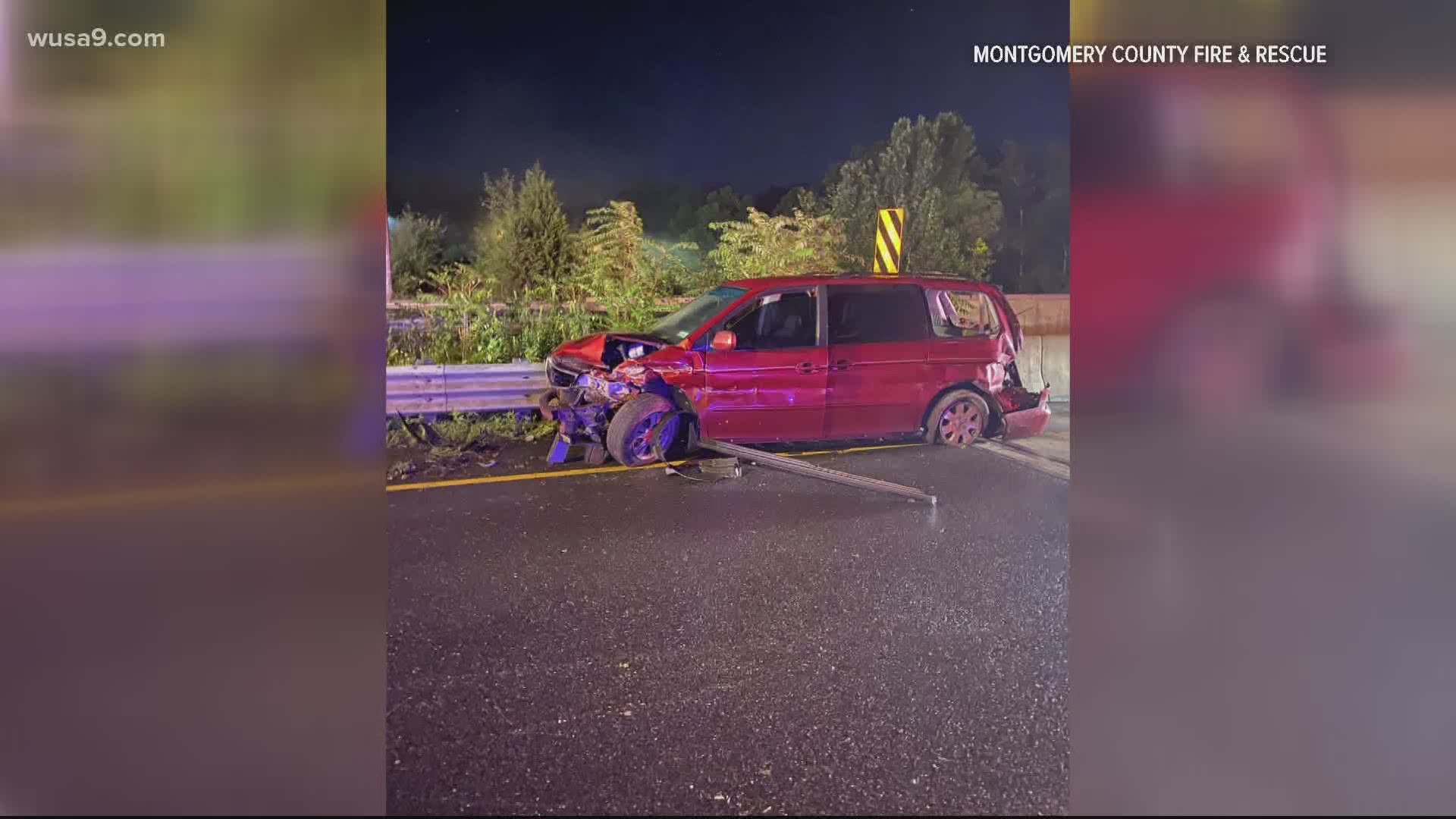 As of 6:45 a.m., the damaged vehicle was removed from the scene. Crews have since reopened all lanes to allow traffic after clearing the accident debris from the roadway.

One adult is in serious condition was transported to a hospital by Montgomery County Fire and EMS crews, police said. Three other people, including several children, suffered non-life-threatening injuries following the crash.

At this time, the events leading up to the crash remain unknown.

The road closures caused some delays and backups along the roadway. Drivers were encouraged to seek alternate routes.