Suitland Parkway is closed in both directions as police investigate 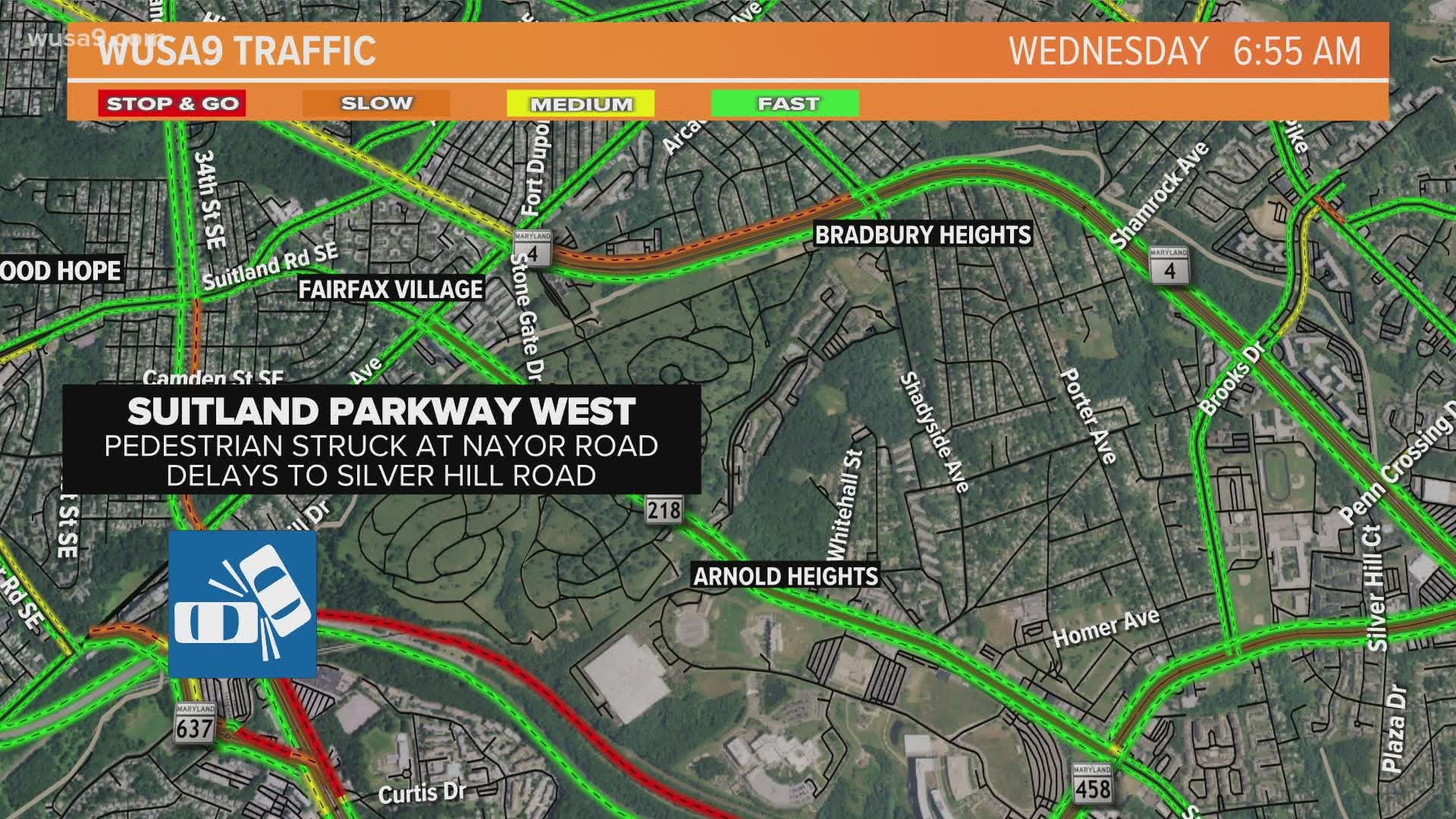 WASHINGTON — A pedestrian was hit and killed on Suitland Parkway Wednesday morning, according to United States Park Police.

Sgt. Norment said Suitland Parkway is currently closed eastbound at Alabama Ave. and westbound at Naylor Rd. Drivers are asked to avoid the area if possible and expect delays.

The cause of the crash is not known at this time. The pedestrian has not been identified by police.

RELATED: DC community leaders call for safety upgrades to Georgia Avenue after 4-year-old hit and killed by a car

RELATED: 68-year-old woman killed after being hit by car in Prince George's County; police look for vehicle and driver that left scene