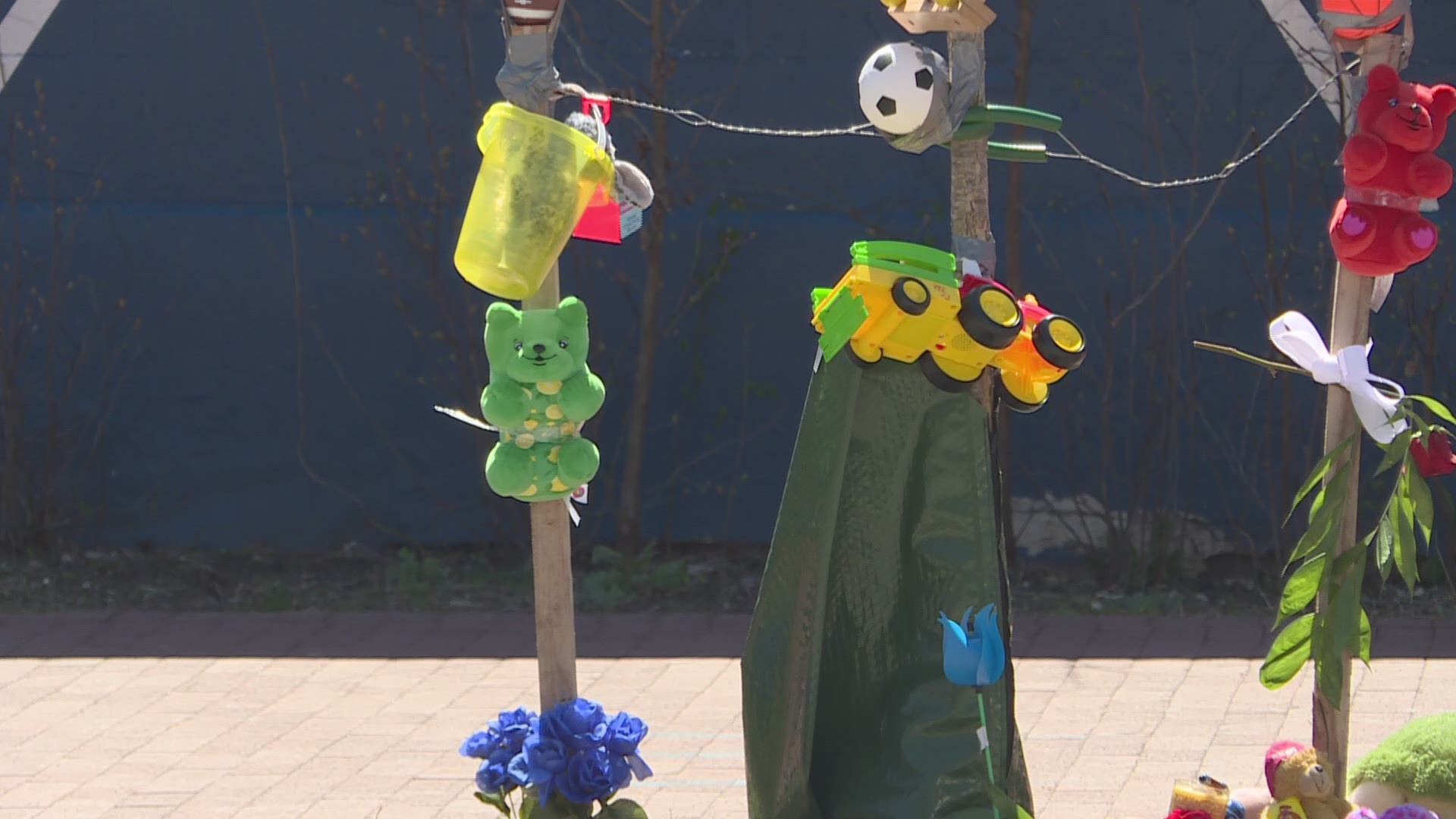 WASHINGTON — The D.C. community is calling for safety upgrades along Georgia Avenue after a four-year-old Zy'aire Joshua was hit by a car and killed just before 3:30 p.m. Thursday near the corner of Georgia Avenue and Kennedy Street, Northwest, according to D.C. Police.

“It's unsurprising in really, like, in the most heartbreaking of ways that something like this happened, because cars are just driving so fast," Advisory Neighborhood Commissioner for 4B02, Erin Palmer, said. "And that particular area is a pedestrian hub.”

Palmer thinks speed humps could help in some areas, but she said they can only request them for certain residential roads (local roads), not main thoroughfares (collector or arterial roads), like Georgia Avenue

“So it really just feels like there's nothing available for those roads," Palmer said. "And I think what we're seeing neighborhood level is that cars are just going to drive the way they drive unless there's something in the street design that slows them down.”

In a recent newsletter, Councilmember Lewis George said she plans to collaborate with DDOT on more comprehensive changes to Georgia Ave. moving forward.

Councilmember Lewis George said DDOT agreed to take immediate steps to improve safety at this intersection, including banning right turns on red, adding a Leading Pedestrian Interval (LPI) to give pedestrians a head start when entering the crosswalk, and fixing the left-turn hardening in the middle of Georgia Ave (a yellow barrier with pylons sticking up that are supposed to make left turns safer.)

“I'm glad they're doing that," Palmer said. "But like, that is the very basic, very minimum … Everything seems to be reactive in terms of the safety mechanisms, like it shouldn't take someone dying to make changes that we know are necessary.”

WUSA9 was unable to reach DDOT for comment Saturday.

RELATED: 'I knew the baby was gone' | 4-year-old child dies after struck by car in Northwest DC

It's been two days since 4 y/o Zy'aire Joshua was hit by a car and killed near the corner of Georgia Ave & Kennedy St. NW.

As this memorial grows, community leaders are calling for safety upgrades.

Now, a memorial filled with teddy bears and toys has grown at the spot where Joshua was killed, as family, friends, and neighbors paid their respects.

The principal of the school where he attended pre-Kindergarten, Truesdell Education Campus, sent a letter home to families, mourning his loss. It reads in part:

“Zy’aire was a smart, kind, and happy little boy. He eagerly joined his classmates each day with a huge smile on his face and loved singing and dancing with them.”

The school community also set up a gofundme for Joshua's family, which hit its goal of $20,000 within one day.