One person died in a crash on the Inner Loop of Interstate 495. 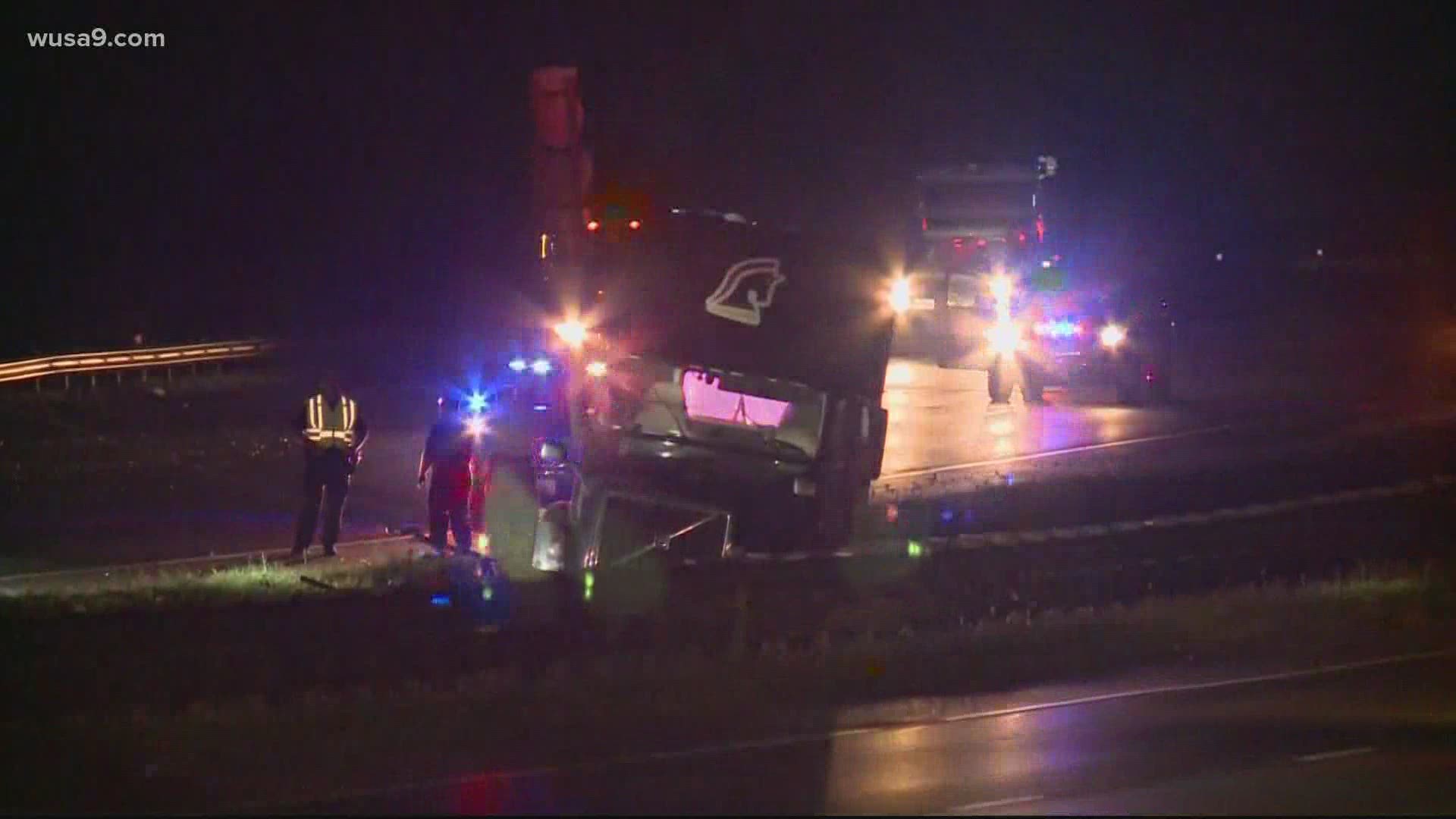 COLLEGE PARK, Md. — Maryland State Police are investigating two serious crashes on the Beltway Sunday night, one of which left one person dead.

The first crash happened just after 11 p.m. Sunday on the Inner Loop of Interstate 495 at Baltimore Avenue. On person died there after a vehicle caught fire, Maryland State Police said. Another person was taken to a local hospital with serious injuries.

Another crash involved four cars on the Outer Loop of the Beltway past Cherrywood Lane just before midnight, according to police. Multiple people suffered serious injuries in that crash. It's not clear how many people were injured in the crash.

Investigators were on the scene of both crashes until early Monday morning. Some lanes were closed during the investigations, but both crash scenes have since cleared, and all lanes have reopened.

The person who died has not yet been identified. The cause of both crashes remain under investigation.

Additional details were not immediately available. Stay with WUSA9 for the latest updates on this story.