Lanes of I-495 back open after crash involving 2 tractor trailers, fuel spill

Some lanes of the I-495 Inner Loop were blocked between Connecticut and Georgia Avenues. All lanes are now open. 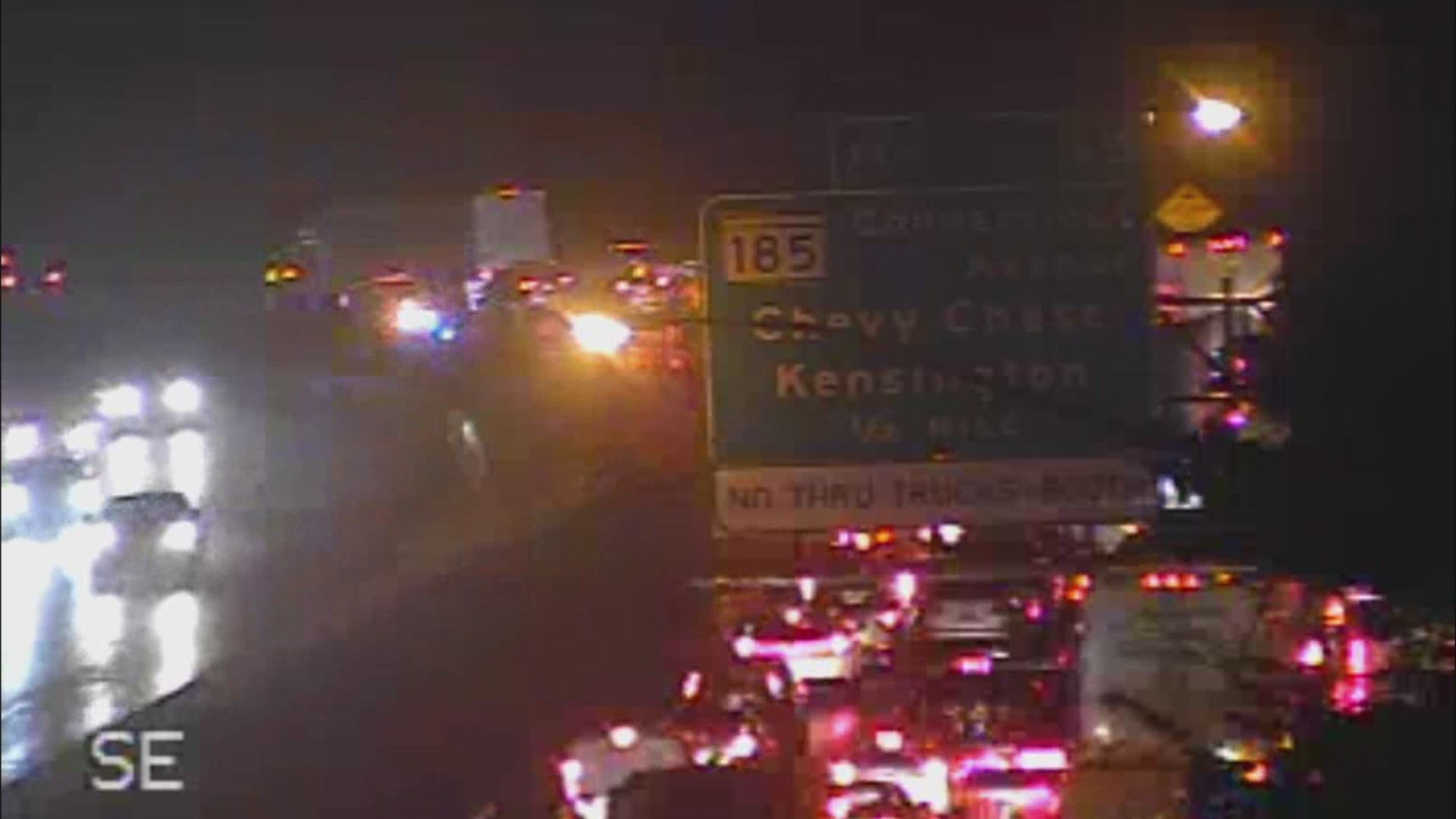 WASHINGTON — A crash involving two tractor trailers closed lanes and caused delays on the Beltway Friday morning. All lanes were back open just before 6 a.m. Friday.

The crash happened just after 12:30 a.m. Friday between Connecticut Avenue and Georgia Avenue. It involved two jack-knifed tractor trailers and a fuel spill that took hours to clean up. Police were on the scene evaluating injuries, and investigating the cause of the crash. The cause of the crash remains under investigation.

All lanes between Connecticut and Georgia Avenues were closed Friday morning, from about 12:30 a.m. until about 6 a.m. Traffic was being diverted from the Inner Loop to Connecticut Avenue.

The two tractor trailers were the only vehicles involved in the crash. No word yet on how those drivers are doing.

After the tractor trailers were towed away, Maryland Department of Transportation workers remained on scene cleaning up the fuel spill from the crash. MDOT completed clean up and reopened lanes around 6 a.m.

As we learn more, we will update this story. Stay with WUSA9 for the latest.