At least one person is dead after a passenger vehicle became engulfed in flames when it collided with a tanker tractor-trailer early this morning. 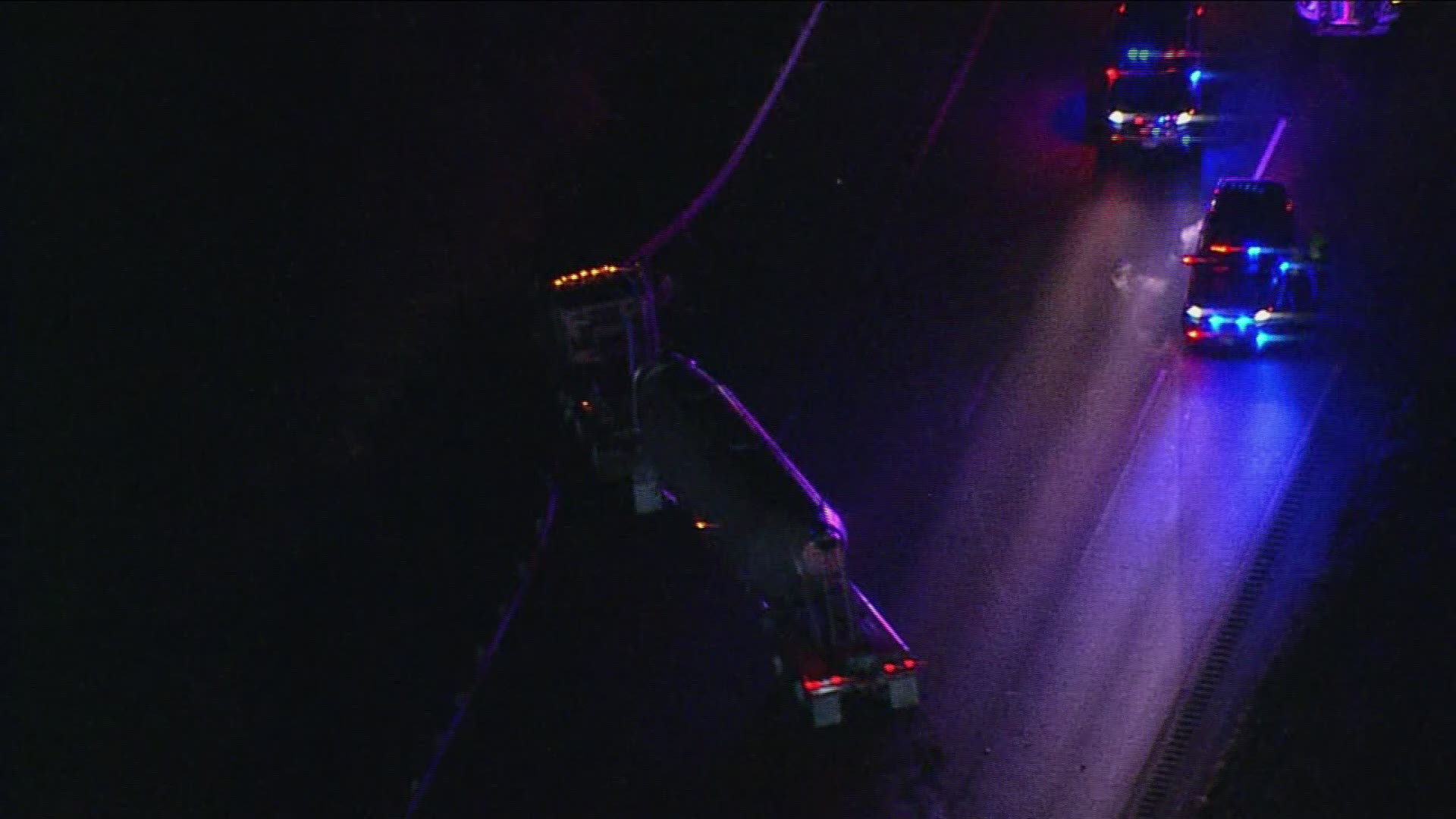 Police said at least one person is dead after a car became engulfed in flames when it collided with a tanker tractor-trailer in the eastbound lanes of I-70.

According to Sgt. Adam Matthai with Maryland State Police, troopers were called to the fiery scene around 3:03 a.m.  The driver of a Honda Civic was found dead inside of the car and an investigation is underway to determine if there were any other passengers.  The driver of the tanker tractor-trailer was transported by ambulance to a local hospital.  His current condition is unknown.

Sgt. Matthai said MSP is working to determine what the tanker was hauling.

RELATED: One dead, another hospitalized after Route 29 truck crash in Columbia

We will update that information as soon as it becomes available.