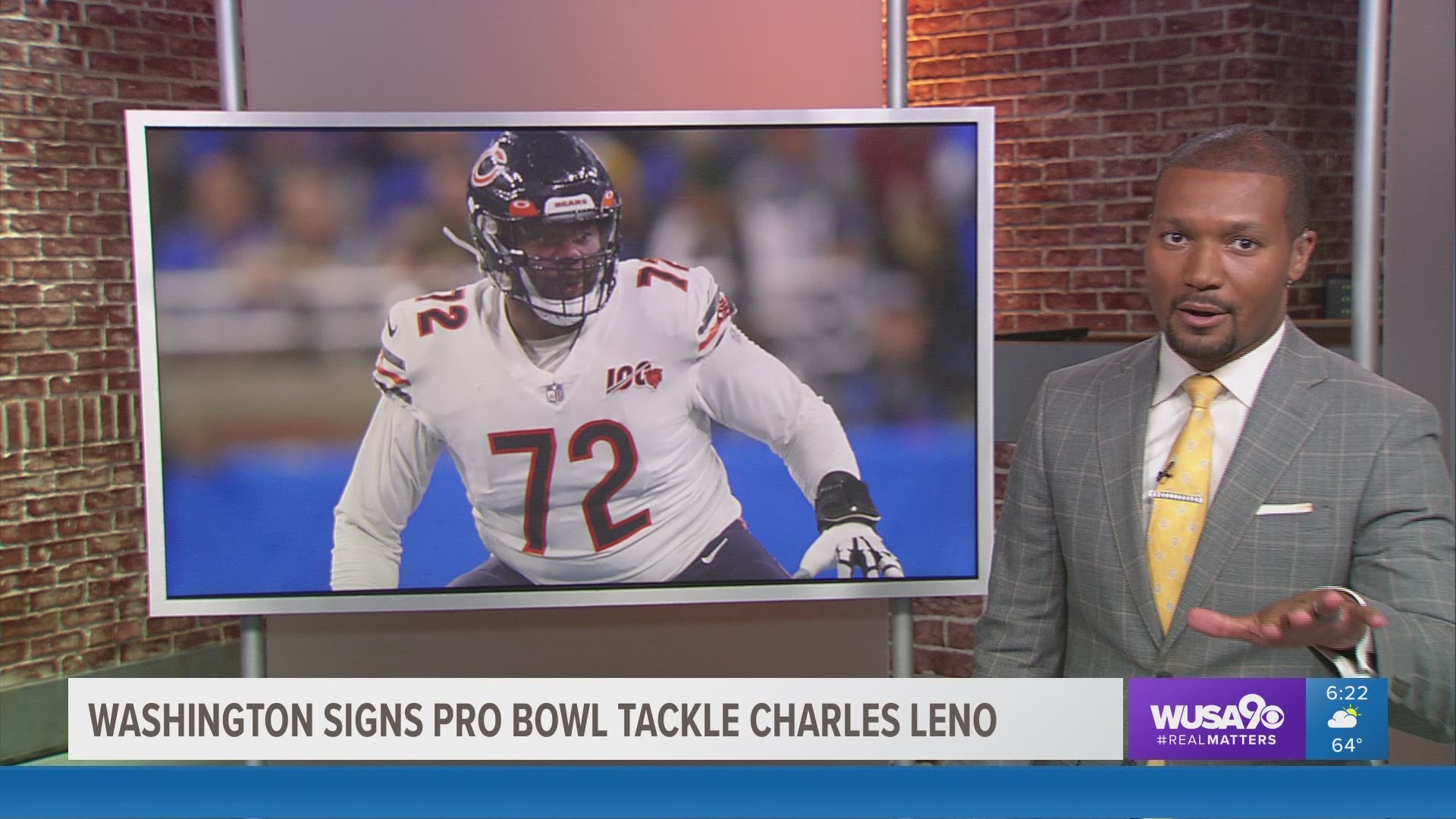 WASHINGTON — Charles Leno has agreed to terms to join the Washington Football Team for the 2021 season. However, Leno couldn't sign with the team because he had to fly back to Chicago to be with his wife, Jennifer, who's having contractions.

Leno and his wife are expecting their second child.

"It could happen at any moment," said Leno. "If it doesn't happen, we are going to the hospital tomorrow morning at 5 a.m. to get induced."

Leno proposed to his wife during a Chicago Bears game in 2018. They already have an 11-month-old daughter and are expecting another girl.

"I can't feel the way she's feeling but she says she wants this baby out. She expresses it every day to me. If she wants it out, I want it out too," said Leno.

Leno is going to have a very busy offseason when the baby is born. He already says his current hobby is changing diapers. 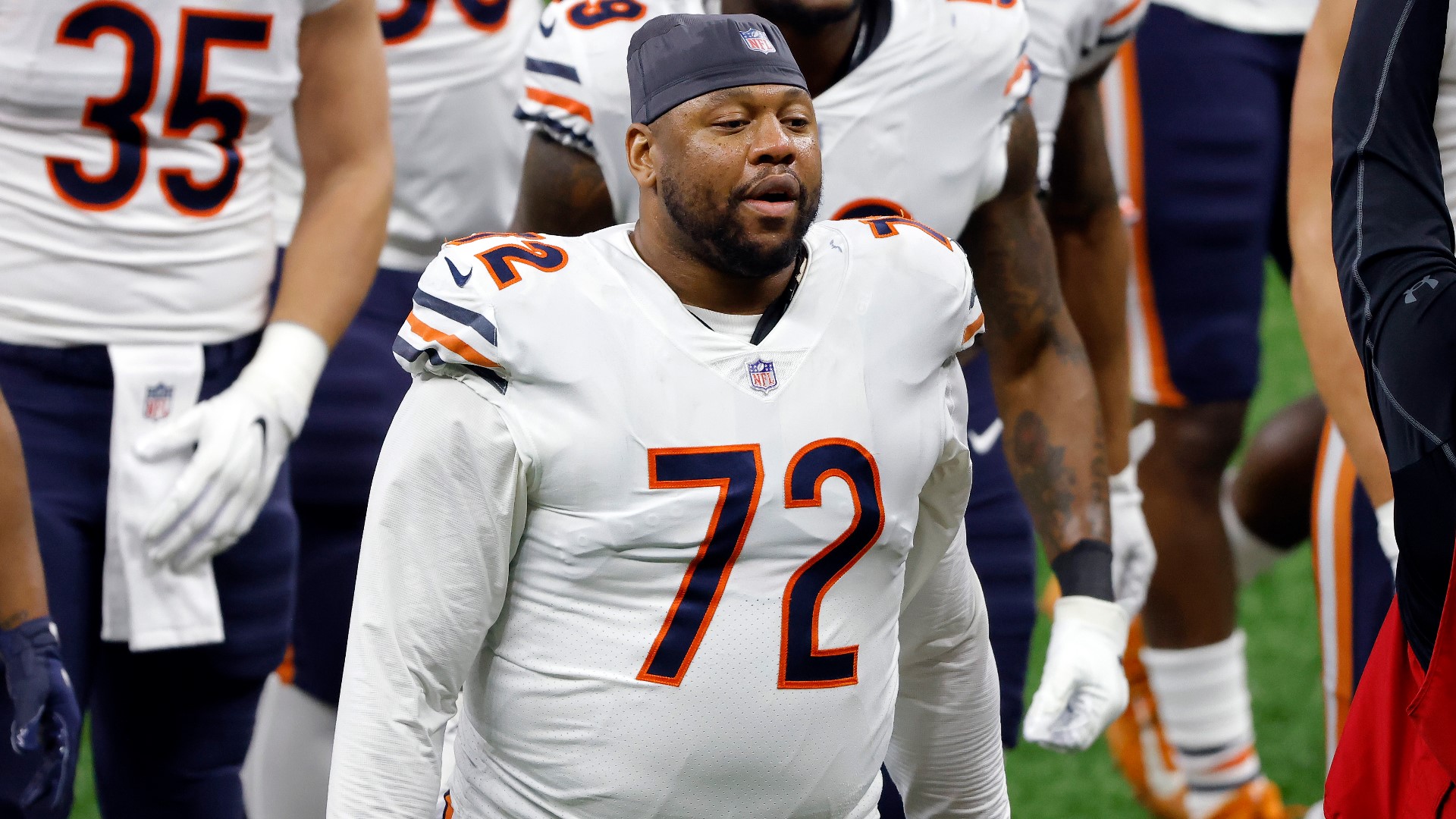 Leno says one of the main reasons why he joined Washington was because of Head Coach Ron Rivera.

"He's one heck of man," said Leno about Rivera. "When we spoke, it wasn't just about football. It was about life and being a husband and a father. That gives me more motivation to play for him."

Leno was drafted by the Chicago Bears out of Boise State in 2014. He was a full-time starter for Chicago from 2015-2020 and hasn't missed a start in five straight seasons.

On May 3, the Bears released Leno after trading up in the 2021 NFL draft to select offensive tackle Teven Jenkins. It will not be official until June 1st.

Leno is expected to be the starting left tackle when The Washington Football Teams opens their 2021 season. Washington will open at home at FedEx Field against the Los Angeles Chargers at 1 p.m. Sunday, Sept. 12.

This will be the first time since 2016 that Washington will face an AFC opponent to open up their season. Washington has played divisional foe Philadelphia in Week 1 in three of the past four years.