Dozens of professors signed a letter to the university president, demanding transparency of administration as they await the outcome of the student conduct process. 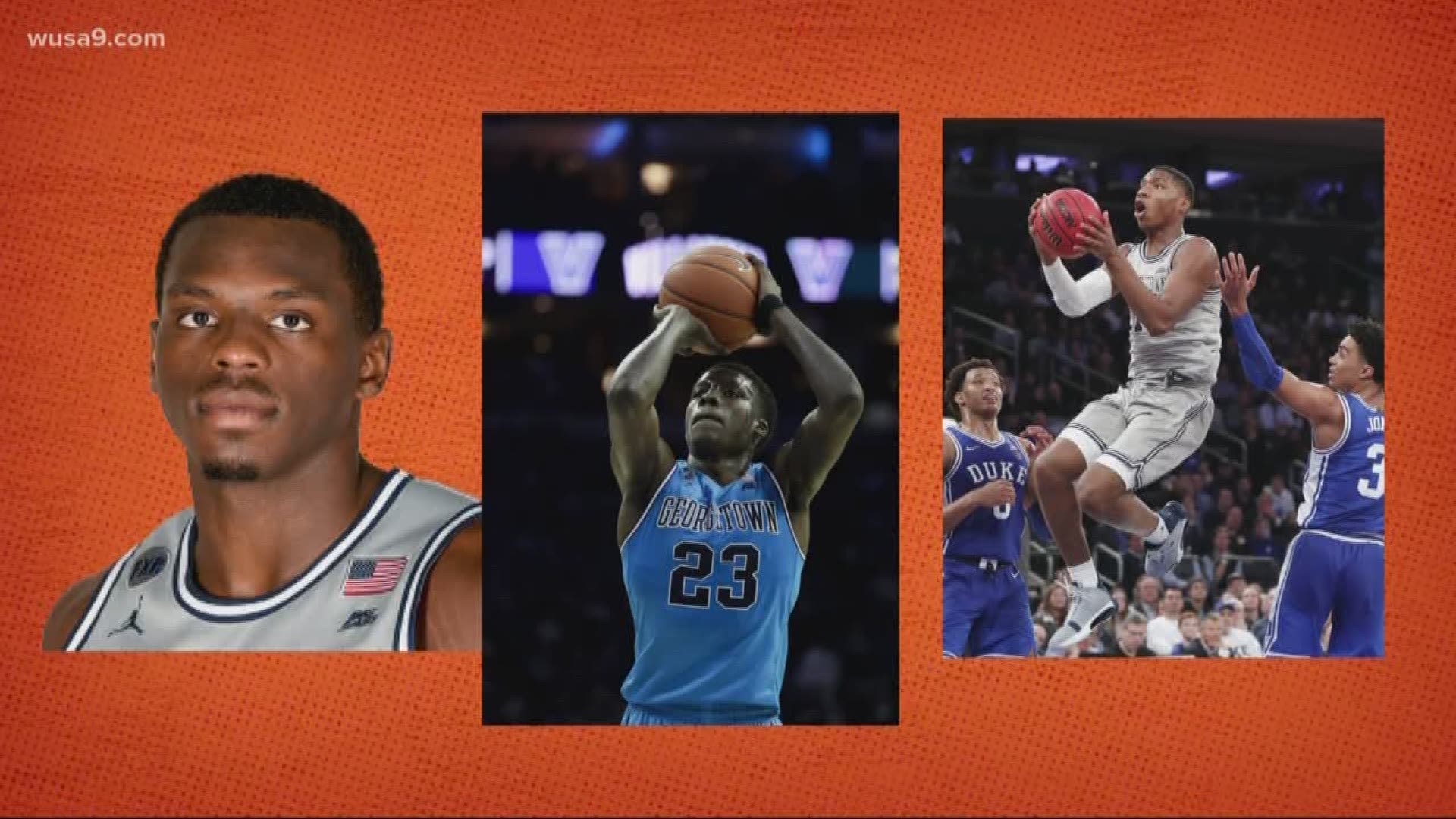 WASHINGTON — A week after reports surfaced of two players hit with temporary restraining orders and three players named in D.C. Police complaints -- two of whom continue to play while they await the outcome of a student-conduct process -- the controversy surrounding Georgetown University's men's basketball team continues.

WUSA9 has obtained a letter signed and dated by 68 Georgetown faculty members, all of whom detail their extreme displeasure with how the university has handled assault, sexual misconduct and intimidation allegations against the players.

Writing they are "deeply disturbed," the faculty's letter asserts its support for survivors of all assault and harassment and goes on to scold Georgetown University President John DeGioia for his lack of transparency and failure thus far to issue a statement regarding the controversy.

"The silence from university leadership in the past week illuminates the reasons for students' lack of confidence, which can only be counteracted with a clear statement immediately," it reads.

The faculty members also allude to a double standard between disciplinary protocol regarding the school's student athletes and others on campus.

"We write to demand a review of Athletics Department and all extracurricular units’ policies and procedures to make them commensurate with those for faculty and staff," the letter said.

The letter was circulated among the faculty the past 24 hours and was sent to the office of President DeGioia today at 5 p.m., according to a person familiar with the process, who communicated on condition of anonymity.

The school responded to WUSA9's request for comment late Thursday.

"We are committed to providing a safe and secure environment that supports students who come forward to report misconduct,"  Megan Dubyak, Georgetown's associate vice president for strategic communications, wrote in an email.  "We are also committed to ensuring a fair and equitable process for adjudicating complaints made to the University. Student-athletes are subject to the same disciplinary policies and procedures contained in the Code of Student Conduct that apply to any undergraduate or graduate student."

The controversy became public early last week when Coach Patrick Ewing announced that two members of his team, including starting point guard James Akinjo, would never again play for Georgetown. No reason was given.

Within days, D.C. Police complaints that involved sexual harassment, assault and burglary by three players (but not Akinjo) came to light via the media. A temporary restraining order had been granted against two of those players, sophomore forward Josh LeBlanc and junior forward Galen Alexander. Freshman forward Myron Gardner was also named in a complaint.

"Joshua threatened bodily harm against myself and my roommate," read one complaint. "He continued to threaten me verbally and via text message in the following weeks."

LeBlanc and Akinjo, Ewing clarified later in the week, had entered the NCAA's transfer portal to play for another school.

Maybe most alarmingly, LeBlanc and Alexander played on Nov. 20 in Georgetown's win over Texas at Madison Square Garden -- a day after a D.C. Superior Court judge issued them restraining orders to stay away from the students who allege they were assaulted and burglarized by the two.

Faculty members are especially angry that the university's statement on student-athlete conduct seems to suggest Ewing and the school not only have the discretion to discipline players, but makes it plain that coaches and the athletic department are almost encouraged to discipline their players beyond what the general student code of conduct demands.

"Further, the Athletic Department will be notified when a student-athlete is alleged to have been involved in a single serious code violation," the student-athlete code of conduct statement reads. "It is in the purview of the Athletics Director and coach to consider the implications and results of official University judicial action and take any additional measures which are in the best interest of the intercollegiate program.  Suspension from a team is an example of the type of action which may be taken."

The faculty letter points out that  just "35.8% of Georgetown University undergraduate women and 59.8% undergraduate men reported it was likely or extremely likely that the university would take their reports of sexual assault and misconduct seriously."

Finally, it asks the school for clarification of the Family Educational Rights and Privacy Act (FERPA). "... [The] university must communicate to the faculty, students, and staff the precise ways in which FERPA prevents transparency in the procedures and processes of university mechanisms of complaint. Students must be told why the support they need is being withheld."

In the university's response, Dubyak wrote the school agrees with a need for more transparency but adds that the FERPA act "prevents us from commenting on any student cases going through Georgetown’s own Student Conduct process."

"Georgetown University has a longstanding commitment to preventing and addressing sexual assault and misconduct through comprehensive trainings, programs and engagement with the campus community," Dubyak said. "The university will continue to promote and focus on supporting survivors, and comprehensive educational training and prevention programs."

The full letter from faculty to President DeGioia can be read below:

RELATED: Wise: To go or not to go to the White House -- that is the question (and society's new litmus test for your politics, world view, even fan worthiness)